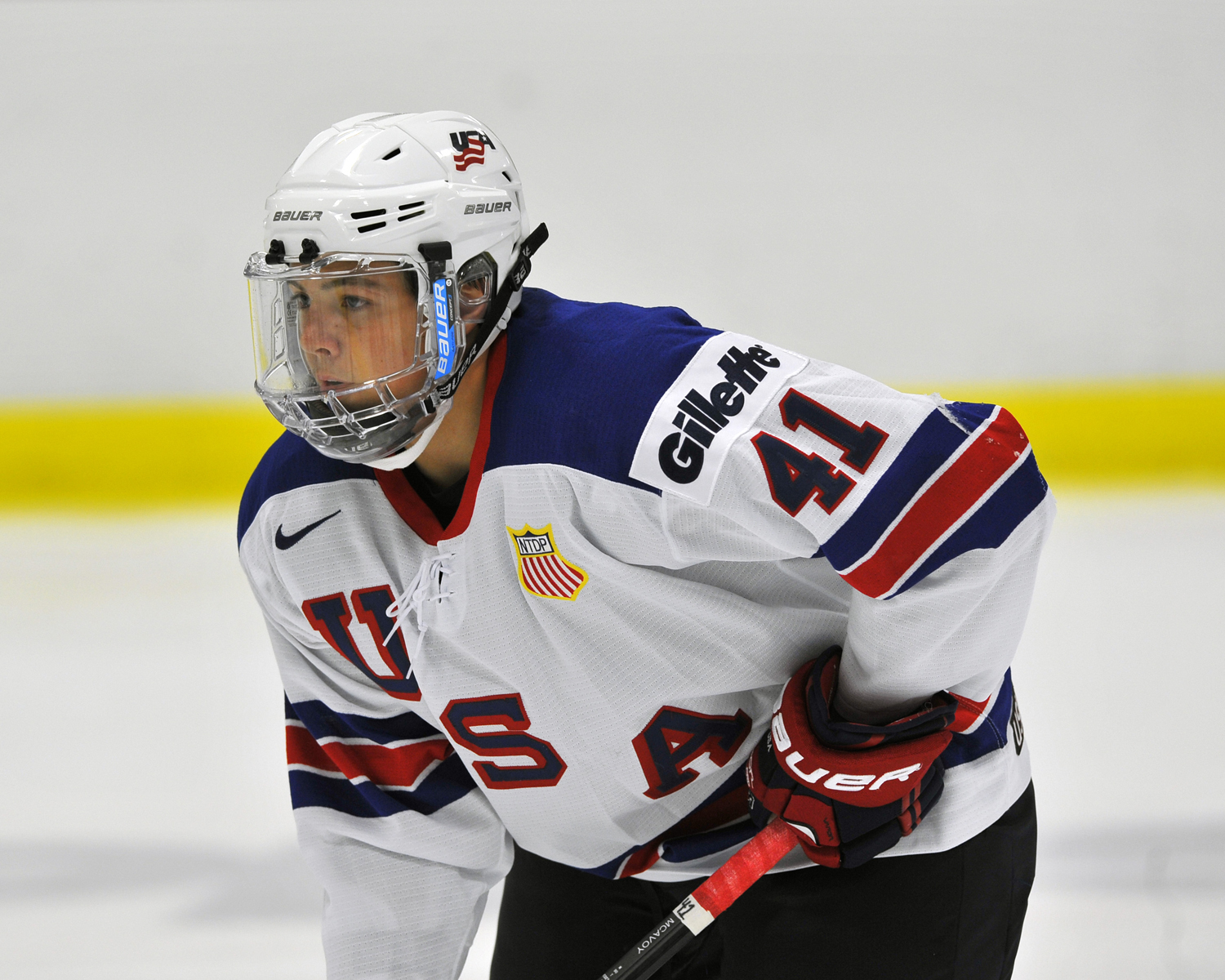 “I started out as a forward, and it was my first love,” explained McAvoy, whose dad, also named Charles, served as his first coach when he was a member of Long Beach Apple Core in New York. “I had so much fun with forward, but one day my dad threw me back on D. I had to since we only had two D on the team [at that time].

“I just stuck with it. I decided I liked it and found it better — you could see the whole rink, and the game is in your hands. You are not as tired since you do not have to chase the puck all over.”

McAvoy’s dad helped him develop an early passion for hockey. The younger McAvoy started with roller hockey at age 3 but quickly took up ice hockey. Although he played other sports growing up, he always seemed to return to hockey.

“Growing up, hockey becomes everything,” McAvoy said. “It just takes over. It was so much fun. I played other sports growing up — football, baseball, lacrosse — but everything seemed to come back to hockey. It was just my favorite.”

After starting out with Apple Core, McAvoy moved to the Long Island Gulls, where U17 teammate Jeremy Bracco’s dad was an assistant coach. McAvoy, who grew up about 20 minutes away from Bracco in Long Beach, N.Y., said he appreciates the coaching he received as a youth player.

“First off, they were great coaches and really helped us to become better hockey players,” he said. “They were tough on us, but in the end you couldn’t get away with making mistakes — they were in your ear. A lot of times, I would be like, ‘I hate you dad,’ but in the end, it definitely makes us better.”

McAvoy, a 5-11, 197-pounder, played for the N.J. Rockets Junior B squad in 2012-13, where he earned Metro Junior Hockey League Offensive Defenseman of the Year honors. However, he had to make a few transitions in his game to adjust to play in the United States Hockey League this season.

“Where I played last year, I had more freedom; I was able to take the puck and skate it and do with it what I wanted,” he said. “In the USHL, it’s obviously a lot harder. You really have to put the stress on defense. The offense will come and, hopefully, you will get a lucky puck bounce. It’s harder to do that. I still have been able to, but it’s a lot harder.”

“Coming in, all the guys, we got along really good,” he said. “That made it easy to come in. The hardest thing coming in was having to react to how you live out here. You are in school for five hours and you go right to the rink and are lifting for an hour and skating for an hour-fifty then you have to deal with being sore. Really, it is a way of life. It’s crazy, but it’s a grind. I don’t regret it at all; I wouldn’t change it for anything.”

The greatest reward, of course, is wearing the USA sweater.

“It’s kind of crazy to think about it now and realize it’s a reality,” he said. “I get to wear the USA jersey all the time. It’s a huge honor, and to think about how many kids would want to wear that jersey and they want to take your spot. You have to keep that in the back of your head so you do not get too complacent.”

The lack of complacency is one big reason for the U17s early success. McAvoy is quick to credit the team chemistry as another big reason.

“I think coming in everyone had a good idea of who everybody is and what they could do,” he said. “I think we really built team chemistry right off the bat and there isn’t one weak link on our team. The coaches [Don Granato, Nick Fohr and Josh Brown] are amazing. Everything they have done so far — we came in playing our own way — and we stick to a game plan now and we win games. Everyone has bought in 100 percent, and everybody follows what has to be done and therefore we are winning games.” 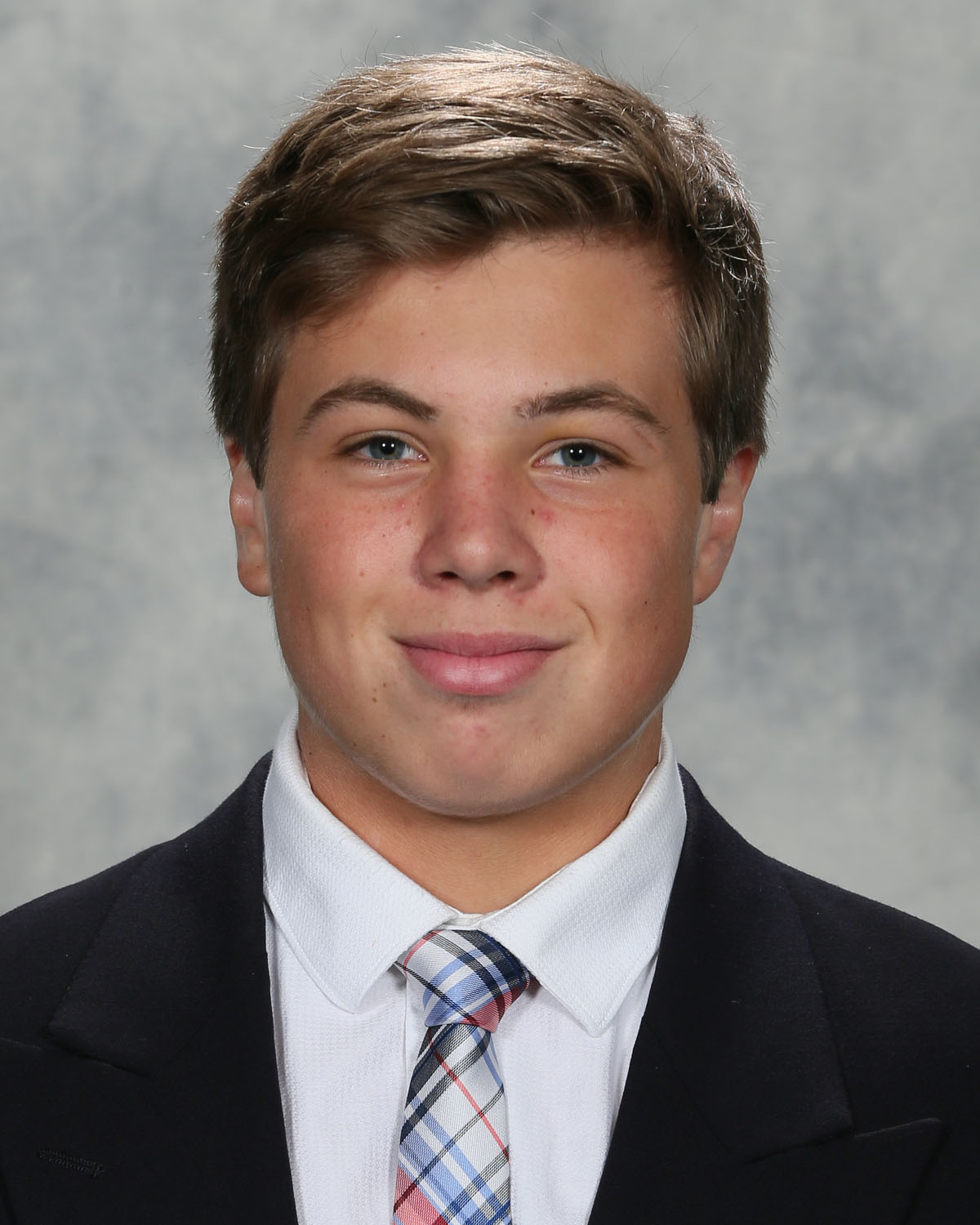 Favorite Book
Now You See Her by James Patterson