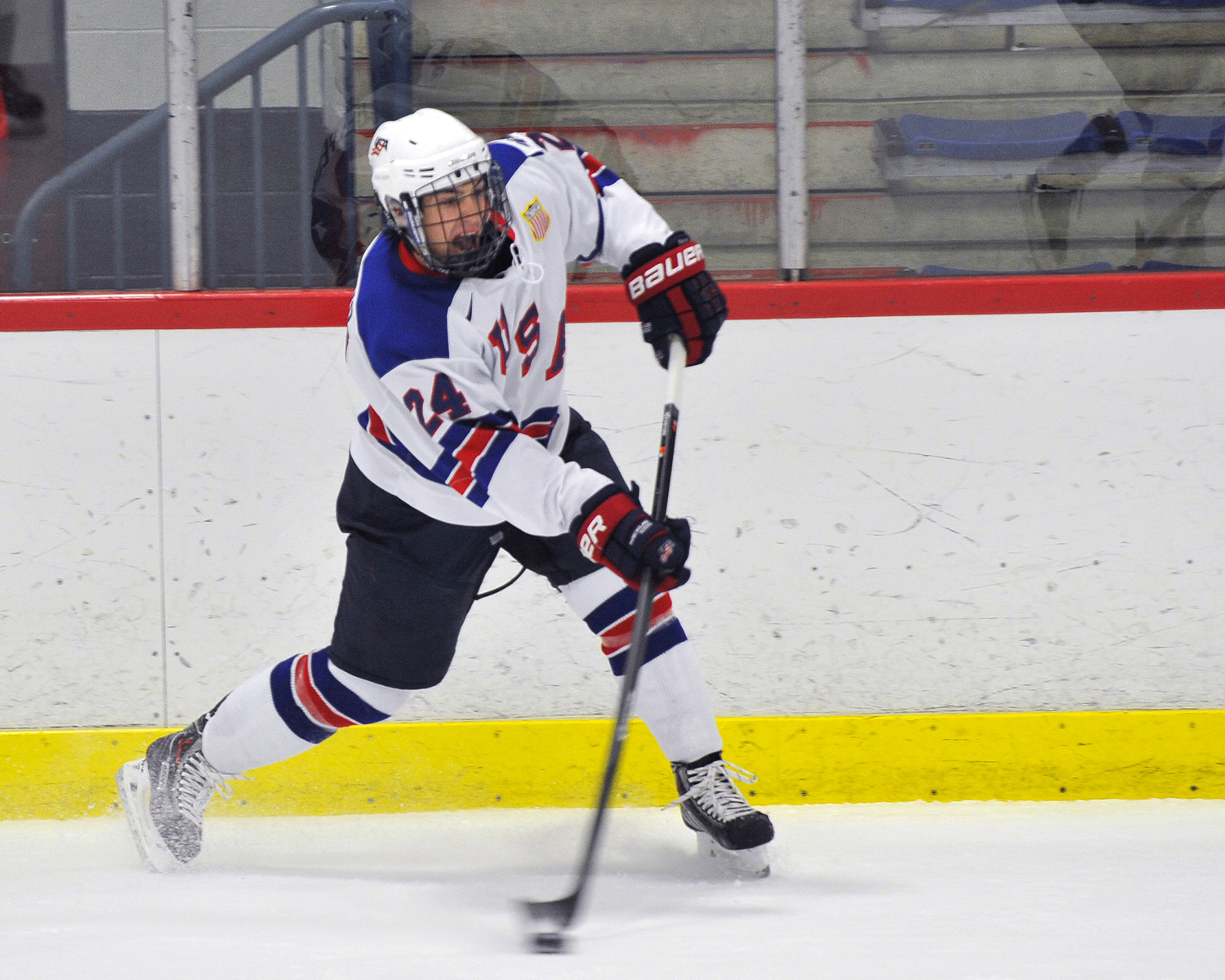 It’s been said before that youth is sometimes wasted on the young, but U.S. National Under-18 Team defenseman Louie Belpedio is one who is not taking his teenage years for granted.

“The time is going by too fast,” he explained of his two years living in Ann Arbor, Mich. with the National Team Development Program. “It kind of feels like I just got here — the beginning of my U17 year and going through the Kirk [Kulik] conditioning sessions and Carrie [Keil] skating sessions. It’s going by too fast; I wished it would slow down a bit.

“It means everything to wear the jersey. That is every kid’s dream. If somebody asked me three years ago if I was every going to be able to do that, I probably would have said no. It’s always in your head and it’s something you should never take for granted, not even in practice.”

The Skokie, Ill., native worked hard to be prepared for his U18 year with Team USA.

“I probably spent 4-5 hours a day training this summer,” said Belpedio, who had one goal and 12 points in 2012-13. “I wasn’t fooling around at all. I did a lot of workouts, including drills and skating, but what helped the most was the off-ice stuff — shooting pucks and running hills."

Through the first 21 games this season, Belpedio has almost surpassed his total from last year with two goals and 10 points.

“I definitely have gotten use to the pace of the game,” he said, adding that he also got a lot stronger and faster during the offseason. “The start of last season was harder, and I was finally getting used to it at the end of the year. This year, it started out good.”

Belpedio’s strong play has been a catalyst behind a hot start for the U18 team, which is gearing up for a pair of home games this weekend against SUNY-Fredonia and Nazareth College. He credits the team’s hard work and dedication for the change.

“Last year, our spring training really brought us together,” he said. “Everyone was mad about the season, and everybody went home and worked hard over the summer and came back and it clicked right away. It has been carrying on since the first game.”

Another key ingredient in Belpedio’s development has been U18 assistant coach John Gruden. Gruden, a former college and pro defenseman, spends time watching video with the blue liners.

“He’s a great teacher and points out the little things that don’t seem like a big deal but, in the long run, it helps more than anything,” Belpedio explained. “The video sessions always help. It’s a big key. You know what to expect going into the games. Overall, it has helped me a lot.

“When we do video, it’s usually an hour. We try to watch video every week on the previous weekend’s games, so that helps a lot.”

“You have to battle through adversity, and no matter how good you play sometimes, a couple bad bounces can result in a loss,” Belpedio said about the lessons he learned. “Overall, I think we outplayed every team and still came out on the bad end of the game against Sweden. It was a few little mistakes that got in the way, but I thought we handled everything well.

“It is really going to help to know what to expect the next time we go overseas. Obviously, you can’t control the officiating, so you need to stick to your game plan and keep battling through it and not get down on it. It shouldn’t be an issue then.”

Following his playing days with the NTDP, Belpedio will take his talents to Miami University in Oxford, Ohio, where he will be reunited with one of his best friends and former NTDP forward Anthony Louis. Belpedio will have an opportunity to play his new team on Dec. 31 when Team USA faces Miami in an exhibition.

“I haven’t looked too far forward but, obviously, it’s in the back of my mind,” he said. “I’m looking forward to it to play against my future teammates.”

For now, Belpedio is focused on simple goals.

“Be a leader and keep working hard and get better every day,” he said. “Do whatever I can and use my resources, Coach [Danton] Cole and Coach Gruden. Those guys are always there and that always helps.

“The biggest goal is to win the U18 World Championships. That is something you look forward to every day.” 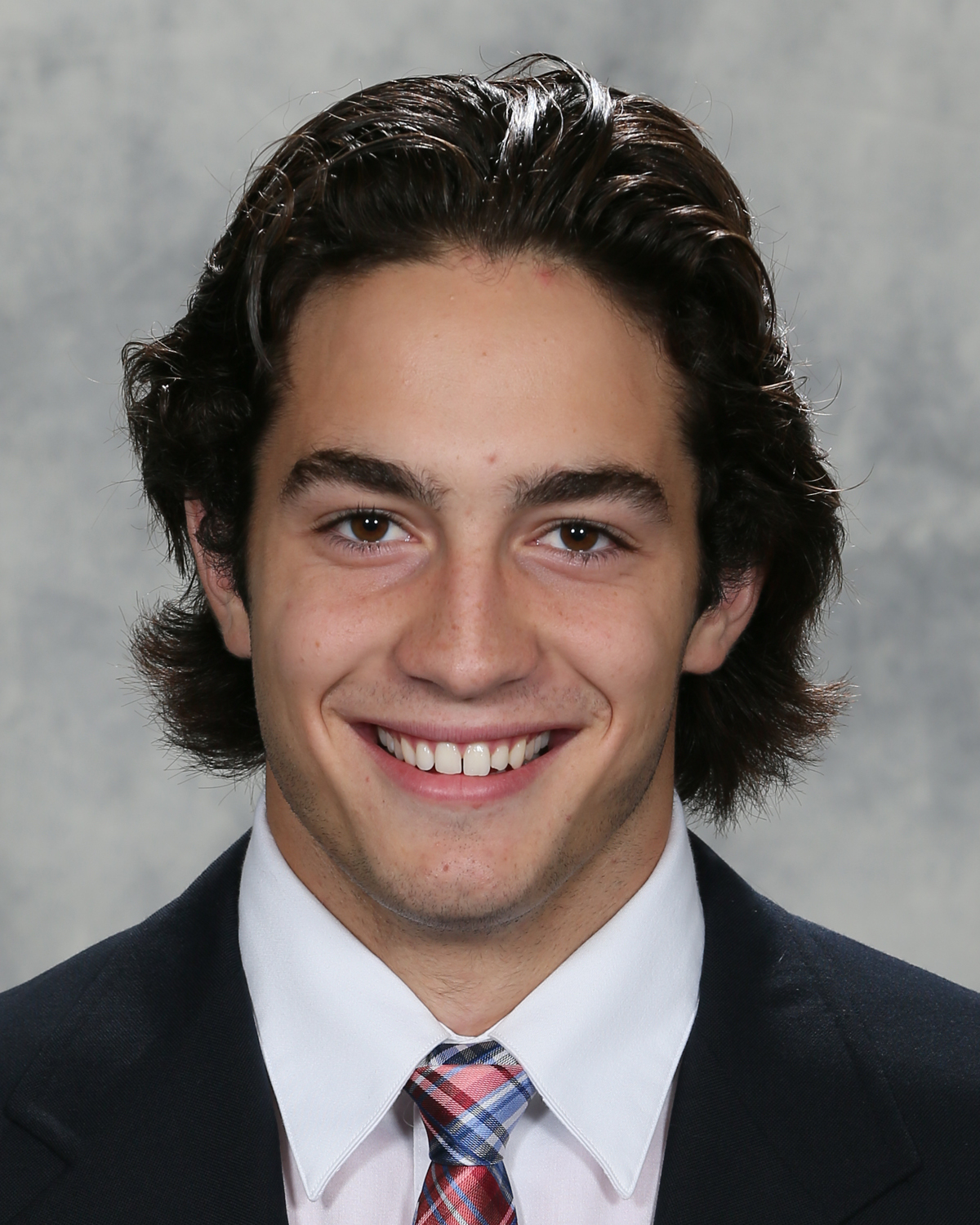