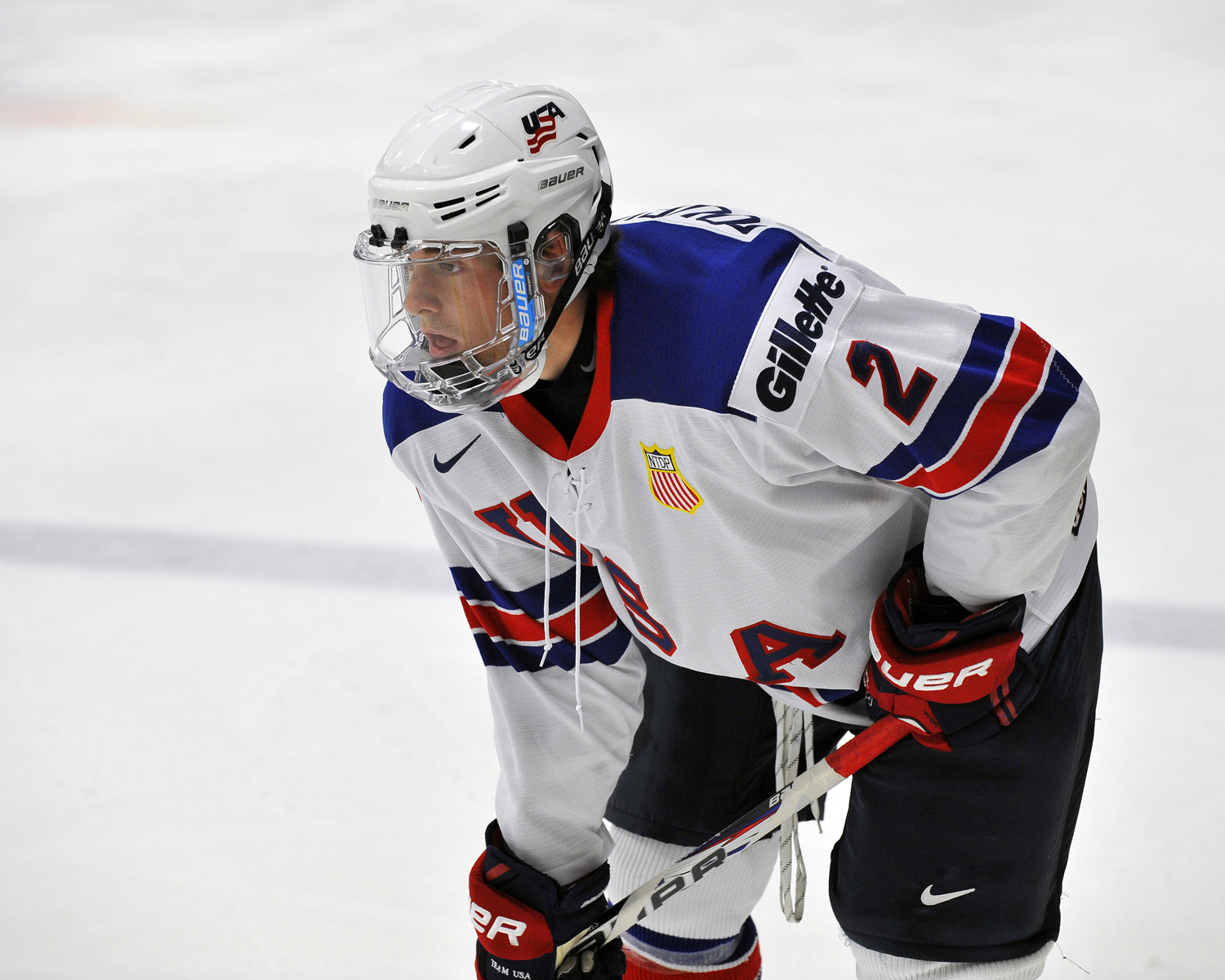 Jack Dougherty’s career as a netminder was short.

“I started out playing goalie,” he said. “I got really sick and nervous before a game, and I decided that I didn’t want play goalie any more.”

So Dougherty, who was 6 at the time, switched to defenseman. A little more than a decade later he is one of the country’s top players at the position, suiting up for the U.S. National Under-18 Team with a commitment to play next for the University of Wisconsin.

Dougherty, who is from Cottage Grove, Minn., began playing hockey when he was 3 years old.

“My older brother played and I wanted to be like him,” Jack said of his brother Sean, who is five years older. “I was always trying to follow him around and would go play pond hockey with him and his friends. They wouldn’t want me to. I think I was the annoying little brother.”

That annoying little brother has grown into a 6-foot, 185-pound blue liner. After spending the past few seasons at St. Thomas Academy in Minnesota, he was offered an opportunity to suit up for the National Team Development Program for his U18 season.

“I was speechless,” he said upon receiving the call. “I couldn’t respond for a couple of seconds. I wasn’t really expecting it; it really came out of the blue. I have no regrets — I absolutely love it out here. I wish every kid could have this opportunity.

“It means everything to wear the jersey. I came here when I was 9 years old and ever since I wanted to play here, so it was a dream come true [when I got the call]. I’m pretty lucky.”

It’s never easy coming in for one year, but through the first 17 games Dougherty has totaled nine points on four goals and five assists.

“It was tough at first, but all the guys made me feel welcome,” he said. “To practice with them, it gets you better and more prepared for a game than [playing against] other competition.”

Plus, Dougherty is working with U18 assistant coach John Gruden, a former All-American defenseman and pro player.

“I have learned more from him than anyone else,” Dougherty said. “He’s really positive on the bench and he doesn’t yell at you a whole lot, which is nice. He always tells you good job and explains the things you need to do better. That really helps out.”

Dougherty believes his game has improved tremendously since arriving in late August. He credits practice and the weight room for his growth.

“The practices [are a big reason],” he said. “There is not a bad player on the team. You get to practice against the best players, which is great.

“I think I’m a better skater, partly because of the weight room. I’m faster and more confident because you are around good players so they just make you better.”

Those experiences helped him when the Dougherty and his U18 teammates played in the Four Nations Tournament in Finland in early November. The squad finished second.

“It wasn’t my first international experience,” he said. “I knew what to expect and how to adjust to the time change. It was so much fun. It was in a good city and we had a good hotel. I had a lot of fun on the ice.”

Plus, Dougherty believes the experience from the Four Nations Tournament will help as the U18s move through the season and into their second international tournament in February.

“I think it shows that we are one of the better teams,” he said. “For the upcoming tournaments, it shows us what to expect from some of these teams, especially after playing against these teams once already.”

Dougherty is savoring his single season in Ann Arbor, but he is already looking forward to his next opportunity after signing his National Letter of Intent on Wednesday to play for Wisconsin.

“I took a visit there in the summer and I visited a lot of other schools,” he said. “That was the one that stuck out to me and I felt at home there. Plus, it’s close to home, which is always a plus. It will be the best opportunity for me to succeed and get to the next level.” 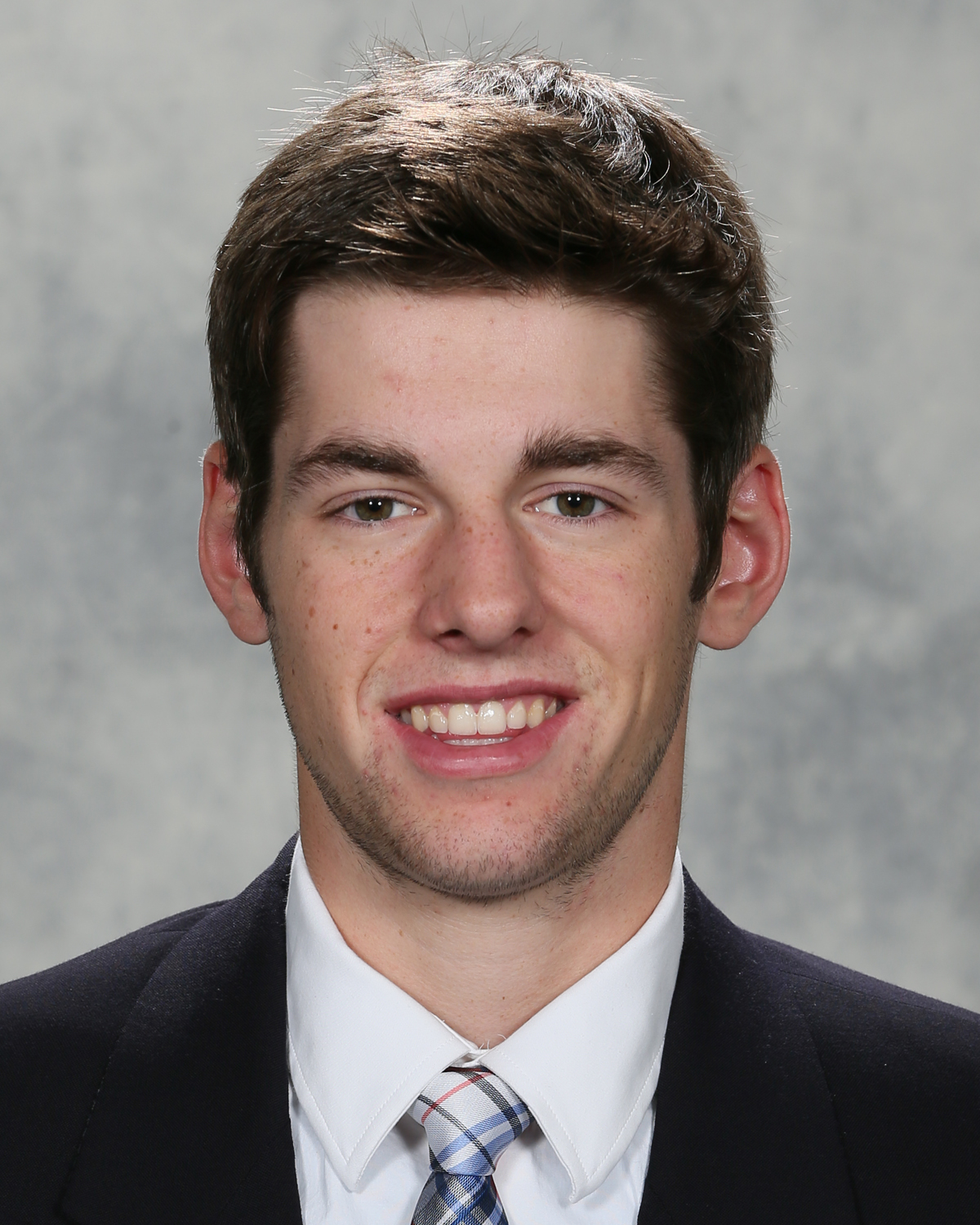