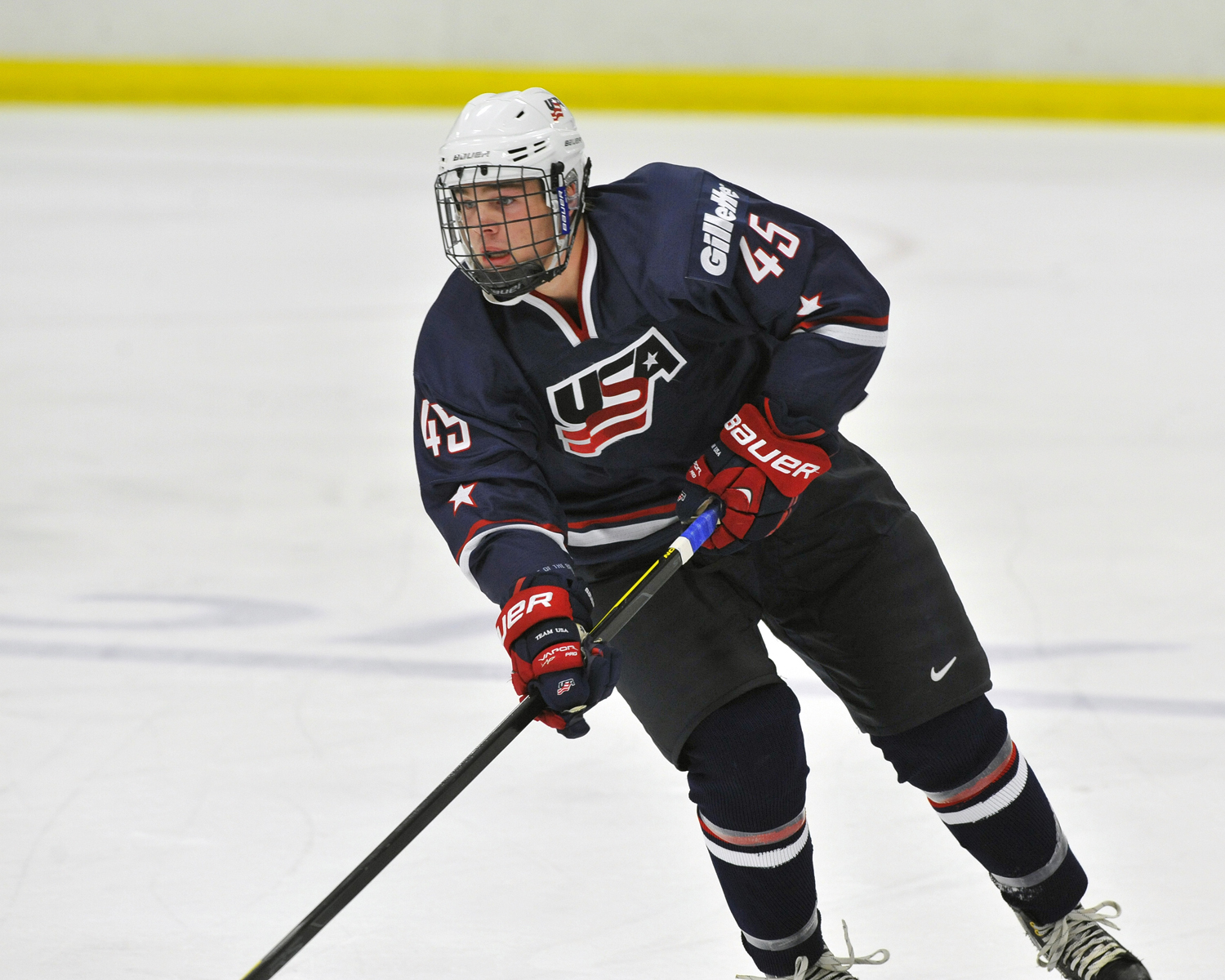 It all started with a little deal with his hockey coach when Nicholas Boka was just 10 years old.

“I played forward growing up,” Boka explained. “My coach, well, I didn’t like him at all. He made me play D, and we made a deal that I could play forward for half the season and defense for the half the season. He thought I was a better defenseman.”

Now that deal is paying big dividends for Boka, a U.S. National Under-17 Team defenseman.

“I thank him now, but back then, I didn’t like him much,” Boka said. “I had always been a forward. I loved to score goals.”

The Plymouth, Mich., native started playing the game he loves when he was just 3 years old.

“I first skated on the pond behind my grandma and grandpa’s house and from there, I just picked it up and rolled with it,” he said. “I never looked back.”

Boka, who has grown into a 6-foot, 193-pounder, played other sports growing up, but hockey just stuck with him.

“I had a real passion for it,” he said. “I stopped playing two sports when I was in eighth grade as lacrosse was my other main sport at the time.”

Boka said his father Don, who played college football at Ferris State University, was a huge role model growing up.

“He told me to do whatever you feel like doing but whatever you do, make sure you are the best at it and you try your best and work hard,” Boka said. “My dad has taught me so much and has been my main role model.”

It should be no surprise that two former National Team Development Program defensemen Jacob Trouba (Rochester, Mich./2010-12) and Patrick Sieloff (Ann Arbor, Mich./2010-12) had big influences on Boka’s career as well. All three players played for Compuware prior to joining the NTDP.

“I watched Trouba and Sieloff, who were both Compuware guys,” Boka said. “Once I found out they made this team, it was when I started to get to know about it. After that, it was my dream and goal to play here and wear the USA logo.

“I talked to a couple of guys. They told me it is going to be tough and a hard two years, but it’s worth it. The success that those two have right now, it’s unbelievable and somebody to look up to.”

Plus, Boka will follow in the same footsteps as Trouba and head to play hockey at the University of Michigan when his two-year stay with the NTDP is over. Trouba now plays in the National Hockey League with the Winnipeg Jets.

“When I was a kid, I would always get to go to the Michigan games with my grandparents,” Boka said. “Every Friday night, I would go over to their house and we would go watch the game and spend the night at their house. It was a constant thing. It felt like the right place, and I felt right at home [at Michigan].”

For now, Boka is working hard to make the transition to the NTDP and improve and grow his game.

“It’s a lot harder,” he said. “Last year, I could get away with being able to skate the puck all the way up the ice and not having to worry about being able to come back and play defense. If you make one mistake here, it’s in the back of the net. It’s been tough, but I love it.”

Boka and his teammates will enjoy a break from action this week after claiming the title at the Four Nations Tournament in Slovakia on Sunday. Going into the trip, Boka said he was excited about the opportunity to grow as a team and play against players in his own age group.

“I’m excited to play against kids our own age and see what the talent pool is like around the world,” he said. “It’s going to be a lot of fun representing something bigger than yourself. With the guys, to go over there and play our best and represent the country the best we can. I think it will help build us as a unit more, working for something.” 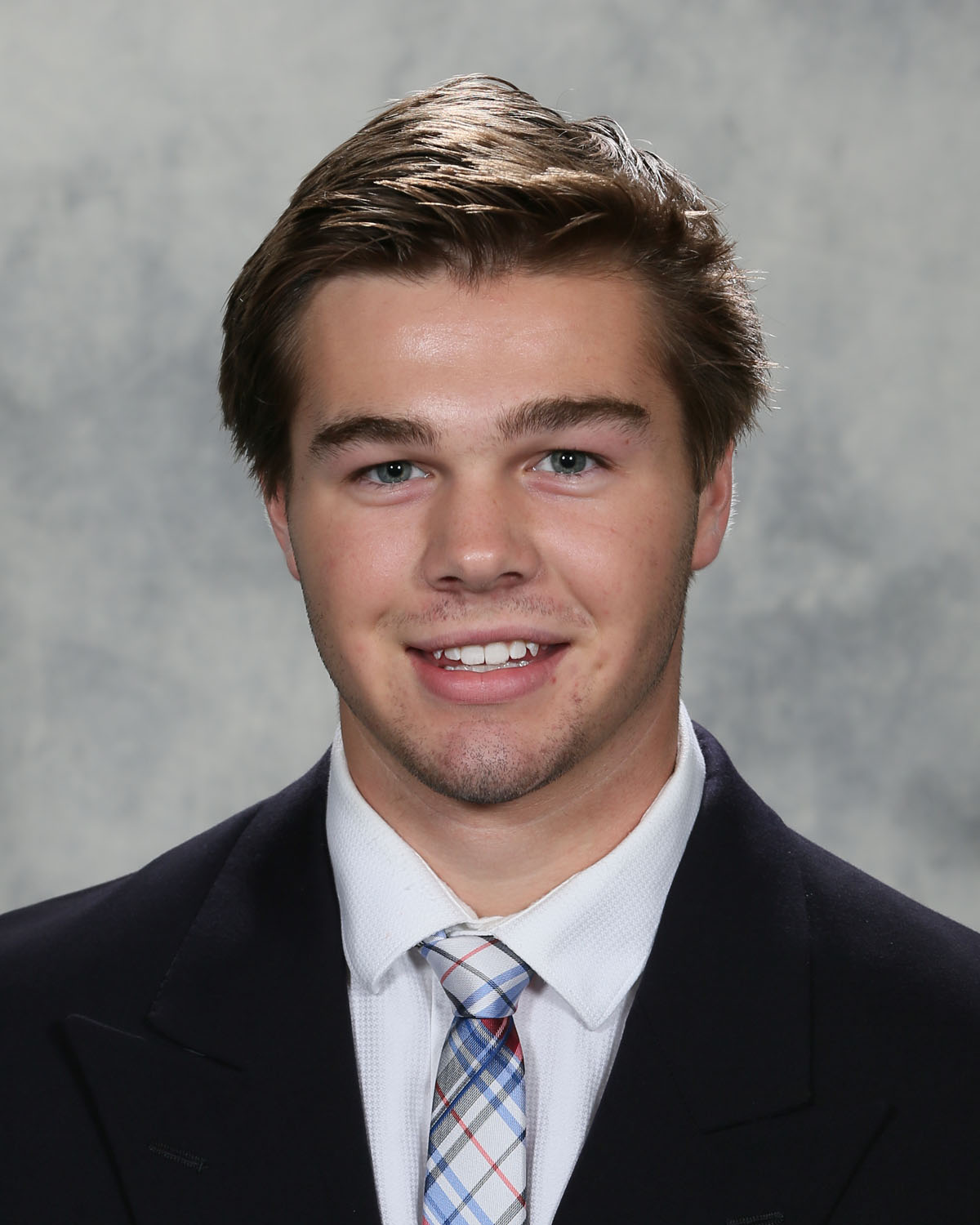