Player Feature - One Year Makes a Huge Difference for Larkin 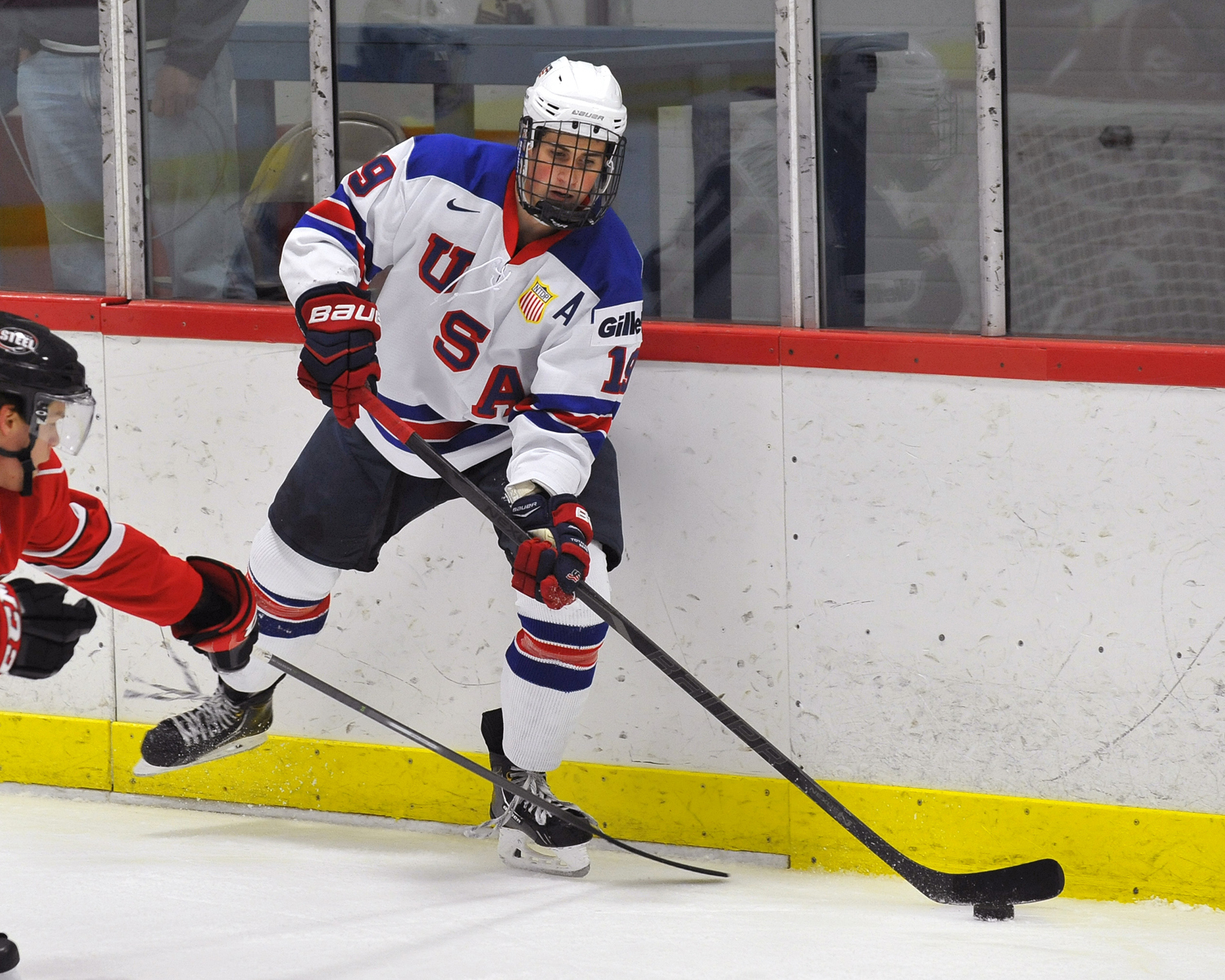 What a difference one year makes.

One year after Dylan Larkin registered just 13 goals in 55 games for the U.S. National Under-17 Team, the forward from Waterford, Mich. paces the U.S. Under-18 Team with 10 goals in the first 13 games this season.

Larkin is quick to credit his linemates for his success.

“Obviously, I have to credit Ryan Hitchcock and Anders Bjork,” Larkin said. “Hitchcock is leading the team in assists [with 14]. He is putting the puck in good spots for me, and I’m just shooting. Bjork works hard and creates lanes for the offense. He’s a creative player to get us the puck.”

Larkin, who says he is more confident this season, has shown an offensive flash outside the National Team Development Program, as well. In September, he was selected to play in the 2013 CCM/USA Hockey All-American Prospects Game in Pittsburgh. Larkin, who is a 6-feet tall and 192 pounds, registered a goal and an assist as a member of Team Johnson in a 5-2 win over Team Mullen.

“It was fun to play against some of our teammates on a big stage at the Consol Energy Center,” Larkin said. “Coach [Mark] Johnson told me to play hard and play my game. He really didn’t say much on the bench, coaching wise, rather he was there and seemed to be enjoying it as well.”

On the ice, Larkin played with and against several NTDP teammates.

“It was almost like practice,” he said. “It was good since I knew what some of them were doing.”

Larkin’s early season success lines up well with his “A” prospect rating from the NHL’s Central Scouting Services preliminary watch list, which was released in September. Larkin is one of three United States Hockey League skaters listed as an “A” prospect.

“I worked to get stronger, and since I knew we were playing against college teams, I knew I had to get stronger,” Larkin said. “I tried to work on all my skills — skating, shooting and IntelliGym to work on my hockey sense. I really worked on everything.”

Whether or not Larkin’s future includes the NHL, he plans to takes his hockey skills to the University of Michigan next season. He’s not looking too far ahead, though — not even to Dec. 5, when Larkin and his Team USA teammates head to Yost Ice Arena to face the Wolverines.

“I haven’t really thought about it yet,” he said. “I know it will be cool. Hopefully, the guys are nice to me and welcoming. It should be a lot of fun. Yost is a great atmosphere, and I think the students will be there and, hopefully, we will get a good crowd.”

For now, Larkin is focused on Team USA’s first international trip of the season: the Four Nations Tournament in Finland this week. The U.S. will face Finland, Sweden and Switzerland.

“We expect to win the tournament. We want to do well,” Larkin said. “It’s a big year for our team. For me, I think it will be good to get a feel for the international teams, especially in gearing up for the U18 championship at the end of the year.”

It’s also an opportunity to represent the United States against other countries, rather than in league play, although Larkin says it’s an honor any time he wears the Team USA jersey.

“There is a difference, and it doesn’t matter if you are playing Russia, Canada or Sweden,” he said. “You have that pride for your country. It’s not like you don’t have it when you play in the USHL, but sometimes you take it for granted. Playing against those teams, the want to win is just incredible.” 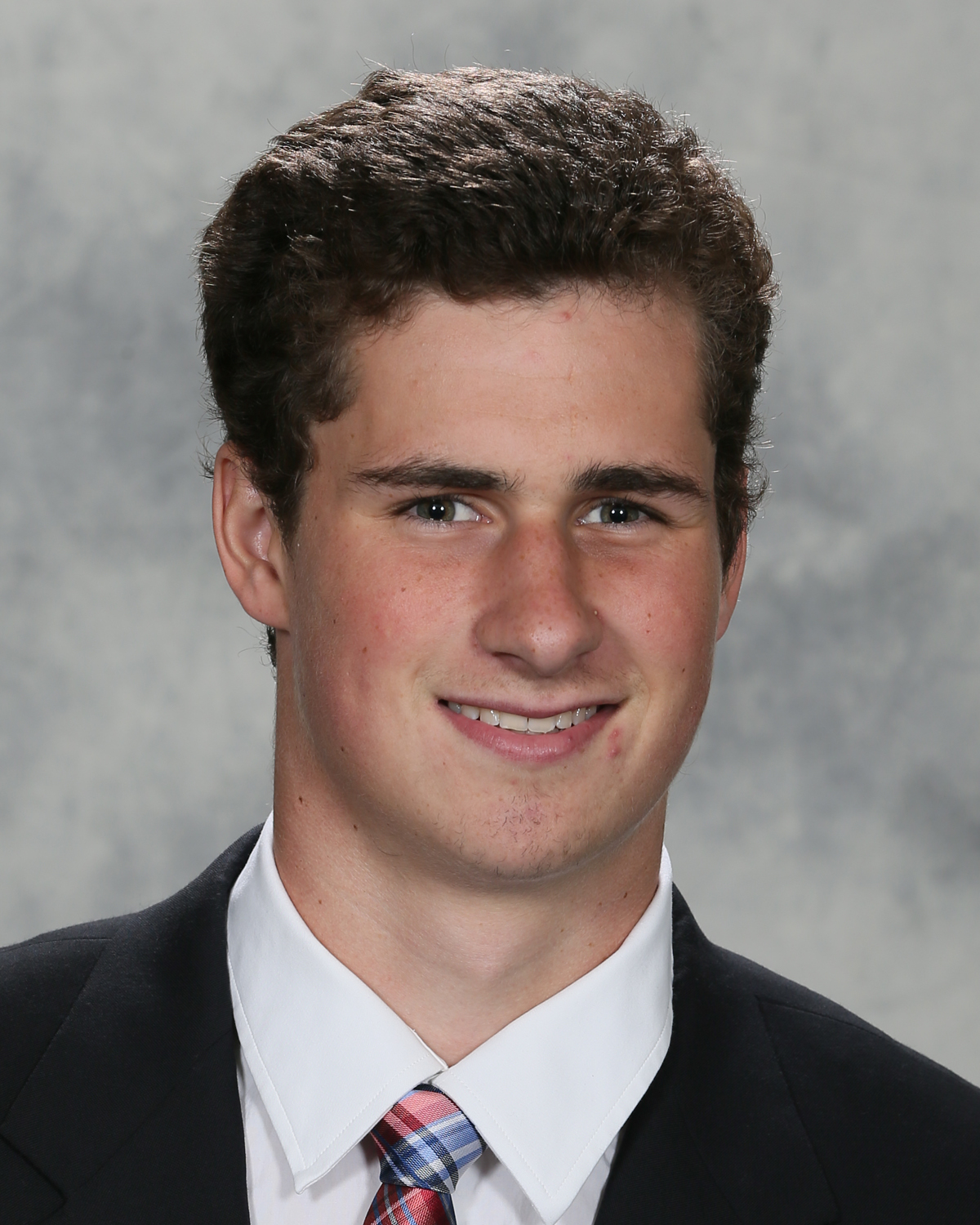