Player Feature - Above All Else, Fischer Competes 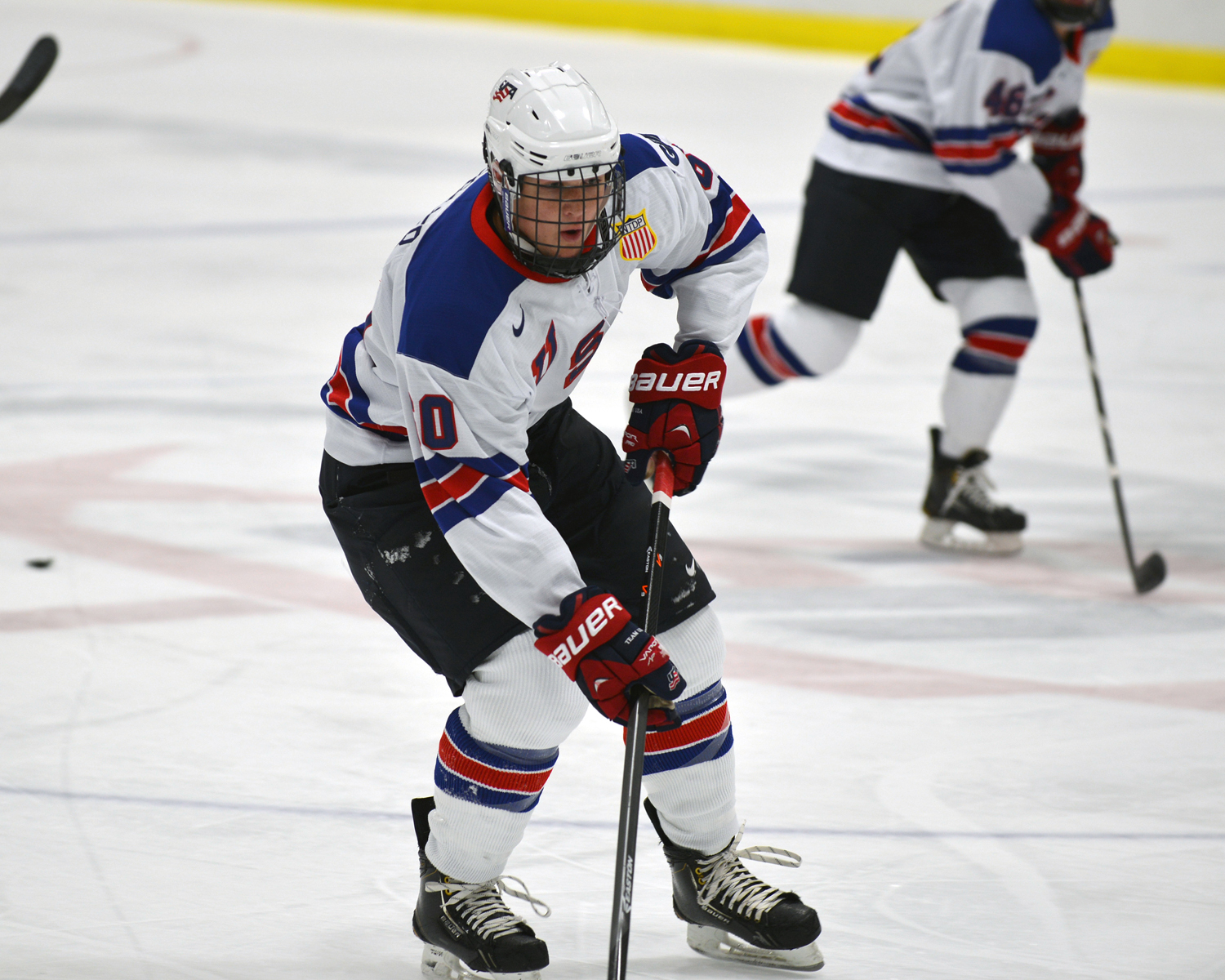 There is one piece of advice U.S. National Under-17 Team forward Christian Fischer remembers each time he steps onto the ice.

“[I was always told to] compete,” he said. “Going into this year, it will have an impact, especially in the USHL when you are playing against 20-, 21-year-olds.

“The best thing you can do is control your work ethic.”

Fischer’s life in hockey began as a kid growing up in Wayne, Ill.

“I remember my dad and I went to an ice rink to a free skate when I was about 4 years old,” Fischer said. “I loved it since Day 1. I was running around there like a kid. I think I was 6 years old when I joined a team. I fell in love with the game right after that.

“I have an older brother, and my dad, both played hockey. My dad played in college at St. Bonaventure, and my older brother plays Division III hockey at Illinois. Hockey is in my family blood.”

Fischer said he has always been attracted to the team aspect of hockey.

“You have a group of 20 players, and when you come together, you form a special bond,” he said. “That is exactly what we have here [at the NTDP]. It is the most fun I have ever had playing hockey. This team has really come together, and it’s just awesome.”

Fischer is quite familiar with watching a team come together. He spent last season playing for the Chicago Mission midget minor program and helped his team win the USA Hockey Tier I 16-and-Under national championship and the Illinois state championship. He said those experiences helped him make the transition to the National Team Development Program.

“It’s a high standard to come to these games and play for the NTDP,” he said. “Coming to this league, there is a lot of pressure, and going overseas and playing for gold medals, it’s pressure. That championship game helped me and made me want to be here even more.

“I knew almost all the players [on the NTDP] except for two. The hockey world is pretty small. You get to know the players.”

“I was friends with them and kept in touch with them,” Fischer said. “When they were here, they would tell me all the fun stuff. Definitely, when I was young, I wanted to play here.

“They told me to play 100 percent all the time. They are not looking for who has the most skill; rather, if you are willing to compete 100 percent then you will be good.”

Former NTDP and current Columbus Blue Jackets defenseman Jack Johnson (Indianapolis, Ind./2003-05) offered his own advice when he met with the U17 team in early September.

“The biggest thing he told us was to enjoy the experience,” Fischer said. “He told us to have fun. You will have your ups and your downs, but to enjoy your experience since it goes by so fast. Plus, enjoy the bond you have with the guys. He still talks to the players who were on his team.”

Fischer and his teammates will grow that bond when they head to the Four Nations Tournament in Slovakia on Nov. 6-10, which will be Team USA’s first overseas trip.

“It’s something else to play for your country and be one of the 22 players who can do it; it’s a real honor,” Fischer said. “You are definitely humbled. It’s a great experience to go over there and play other teams. We really haven’t been overseas. I want to see who we are going up against. We know Russia and Slovakia have good reputations, and we want to see if we can compete with them.” 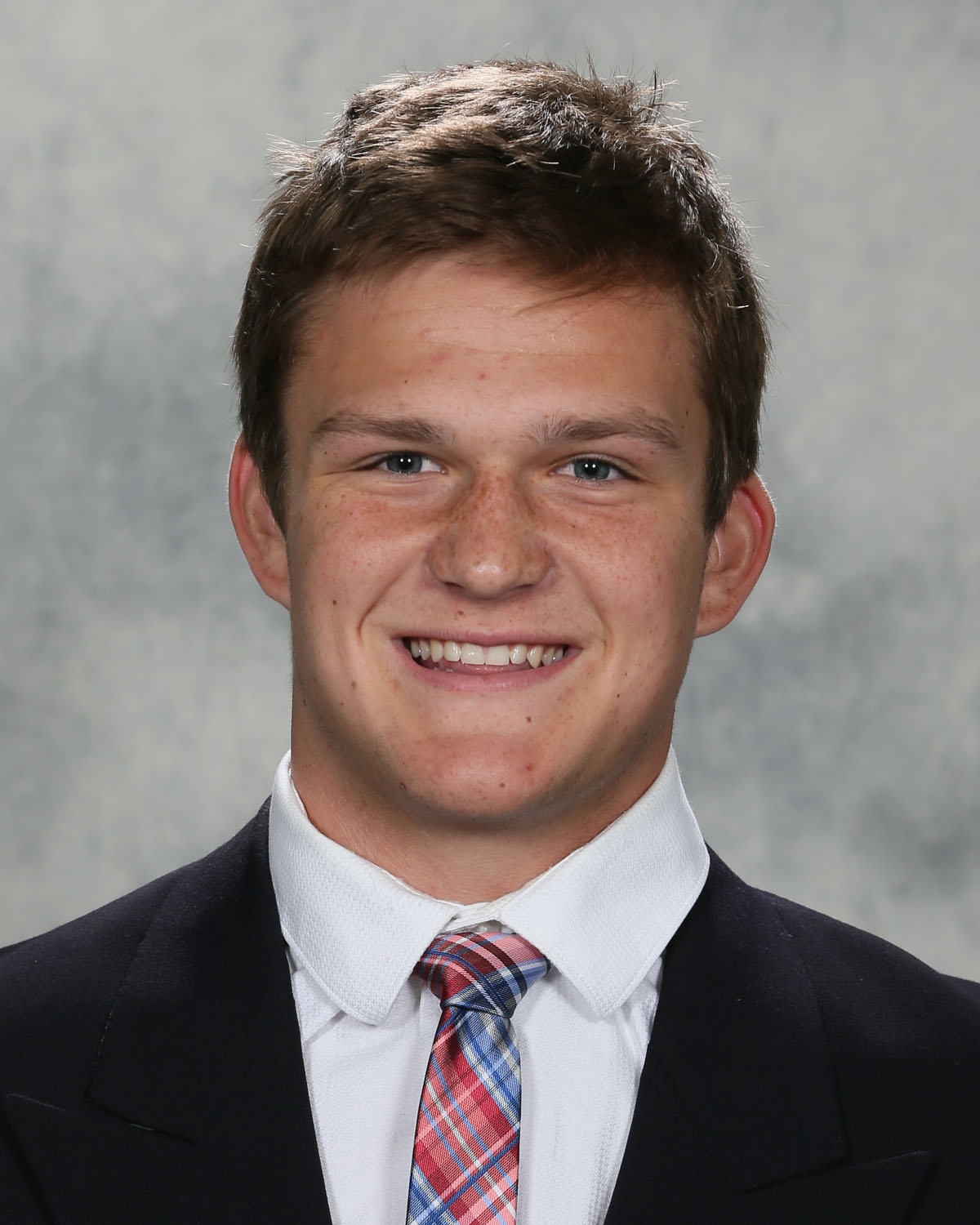