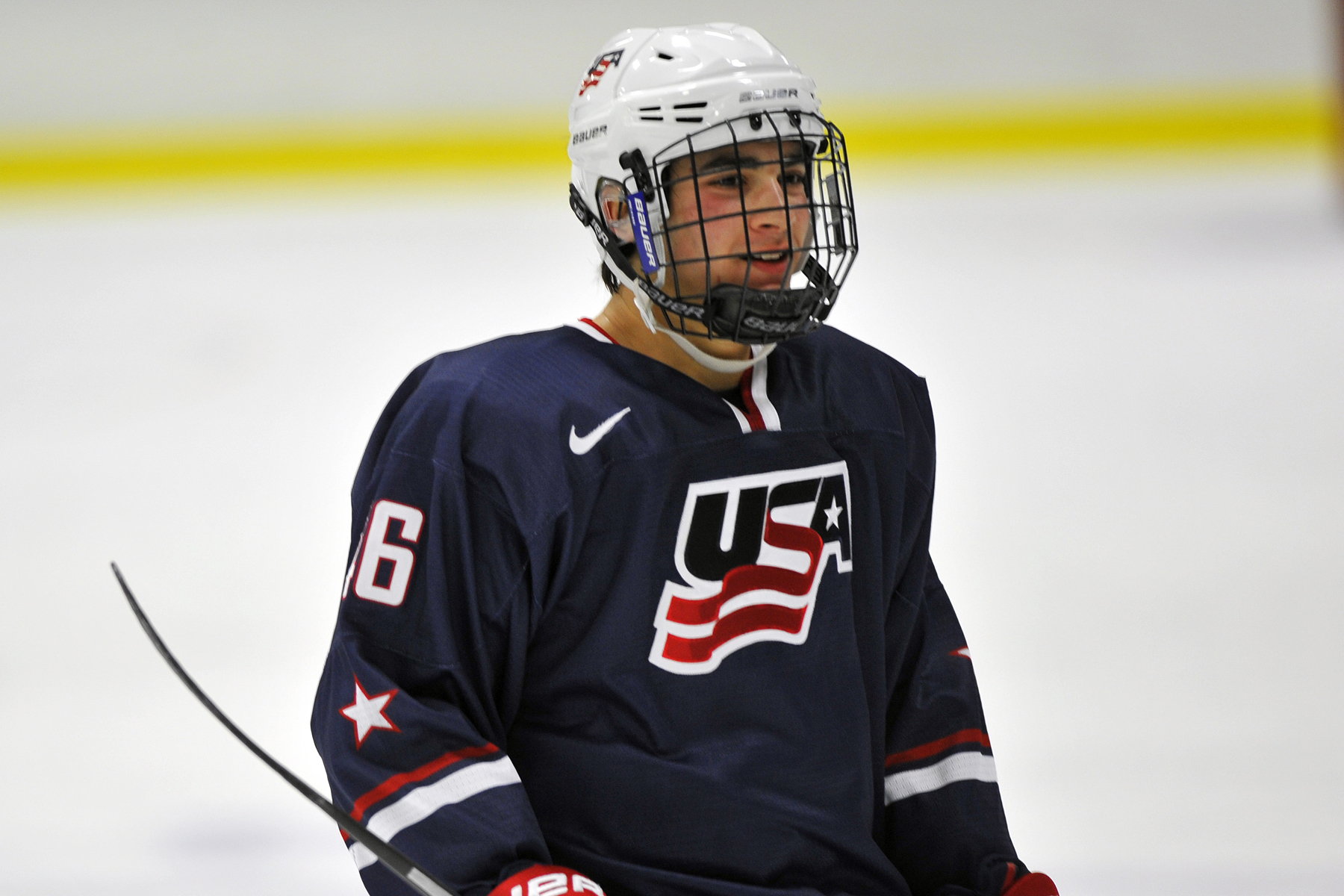 Luke Kunin skates back to the Team USA bench after a goal at the Ann Arbor Ice Cube. Photo by Tom Sorensen.

Luke Kunin arrived in Ann Arbor, Mich., in August ready to embark on a two-year journey with the USA Hockey's National Team Development Program. And he arrived with two of his former teammates.

“It made it easier to have Matt [Tkachuk] and Luke [Opilka] here with me,” said Kunin, a Chesterfield, Mo., native, of his former St. Louis Blues midget minor teammates. “I have played with these guys throughout the years. [The transition] wasn’t too hard, but it definitely made it easier not being the only one from St. Louis.”

Hockey, in a sense, comes naturally to Kunin, which might be in part because he has played the sport as long as he can remember.

“I’m pretty sure my dad put me in skates before I even started walking,” Kunin joked. “He’s been around the game his entire life, and that is how I got into it. My dad played hockey, but he never played college hockey.”

Still, Kunin said his dad has been his biggest supporter through the years, especially when it came to the decision to join the NTDP.

“My dad knew it was something I wanted to do ever since I heard about it,” Kunin said. “He has been supporting me all the way through it, and once I made the NTDP, he was so happy for me.”

In addition to his dad, Kunin had another huge role model growing up —Keith Tkachuk. Tkachuk, who is Matt Tkachuk’s father, played in the National Hockey League for 19 years and skated in four Olympic Winter Games for Team USA.

“He was like another dad to me,” Kunin said. “He helped me and advised me, especially with my hockey career. He told me to always work hard. You are going to have ups and downs. Remember to fight through the adversity and it will play itself out in the end.”

The first time Kunin, a 5-10, 173-pound forward, walked into the USA locker room and saw the jerseys hanging up, he said it was one of the best feelings he ever experienced.

“I got chills,” he said. “It was one of the best feelings I have ever had in my life. I’m so excited to represent my country.

“It’s the greatest feeling in the world knowing that you are representing the United States of America, not just on the ice but in the community. I want to do the best I can and represent my country the best I can.”

There are several games on the U.S. National Under-17 Team’s schedule that Kunin is looking forward to playing this season, including games against teams from the United States Hockey League. He is also waiting patiently for the team’s first international tournament, the Four Nations Tournament in Slovakia, in early November.

“I’m definitely looking forward to the USHL schedule,” he said. “You are playing against older guys, and definitely international, being able to go against the best guys all over the world and seeing where we line up against them and, hopefully, winning.

“I want to represent my country the best way I can on and off the ice, plus I’m wearing the USA jersey. It’s great being able to represent your country and, hopefully, hear the national anthem at the end of the Four Nations.”

Kunin heads into the weekend’s USHL road trip to Iowa to face Dubuque and Des Moines averaging a point per game. He has tallied five goals, which ranks second on the squad, and nine points in nine games. However, Kunin is quick to point out and credit others for his success on the ice. 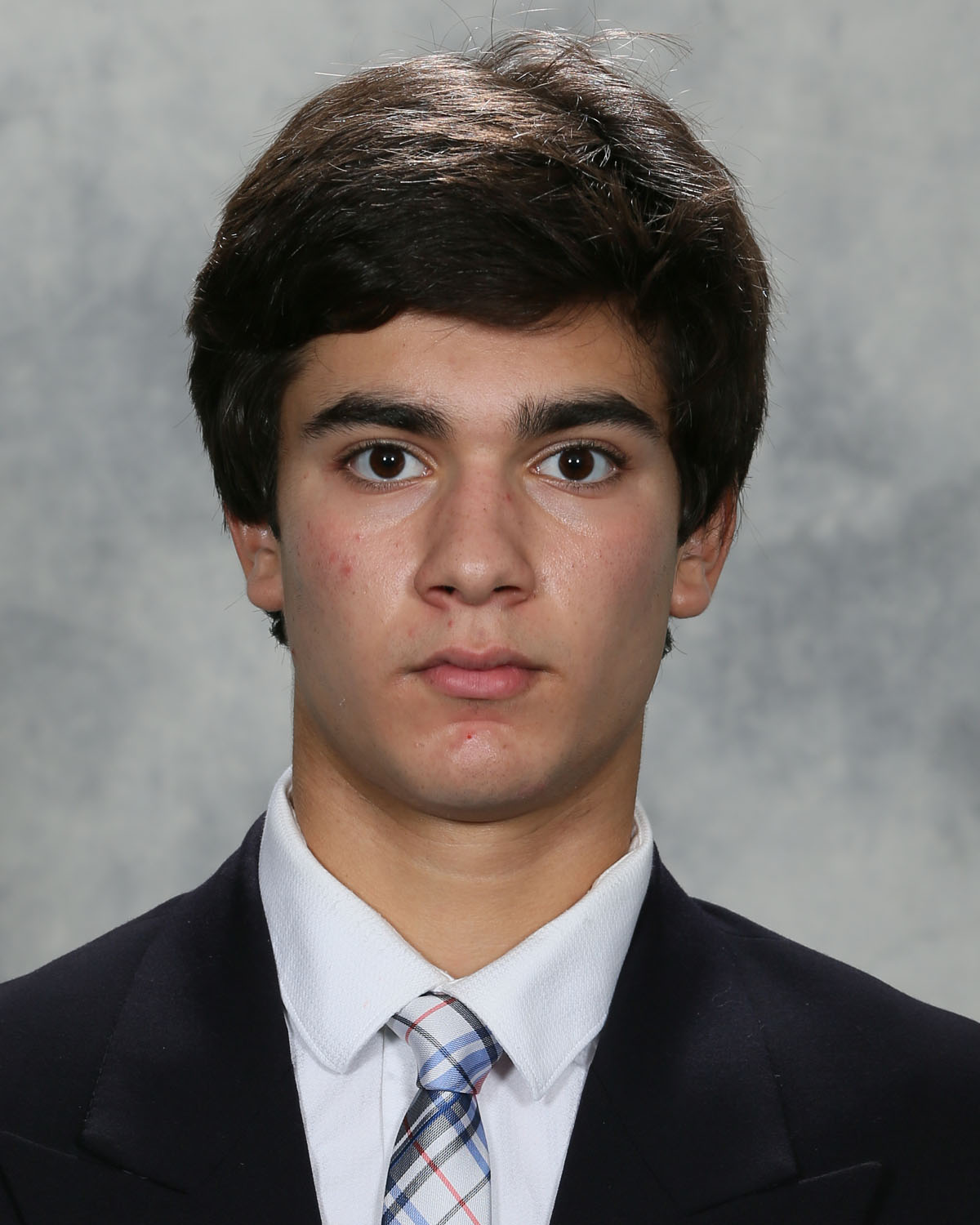 Favorite Sport (Outside of Hockey)
Lacrosse