Player Feature - Minney: Learning and Growing Between the Pipes 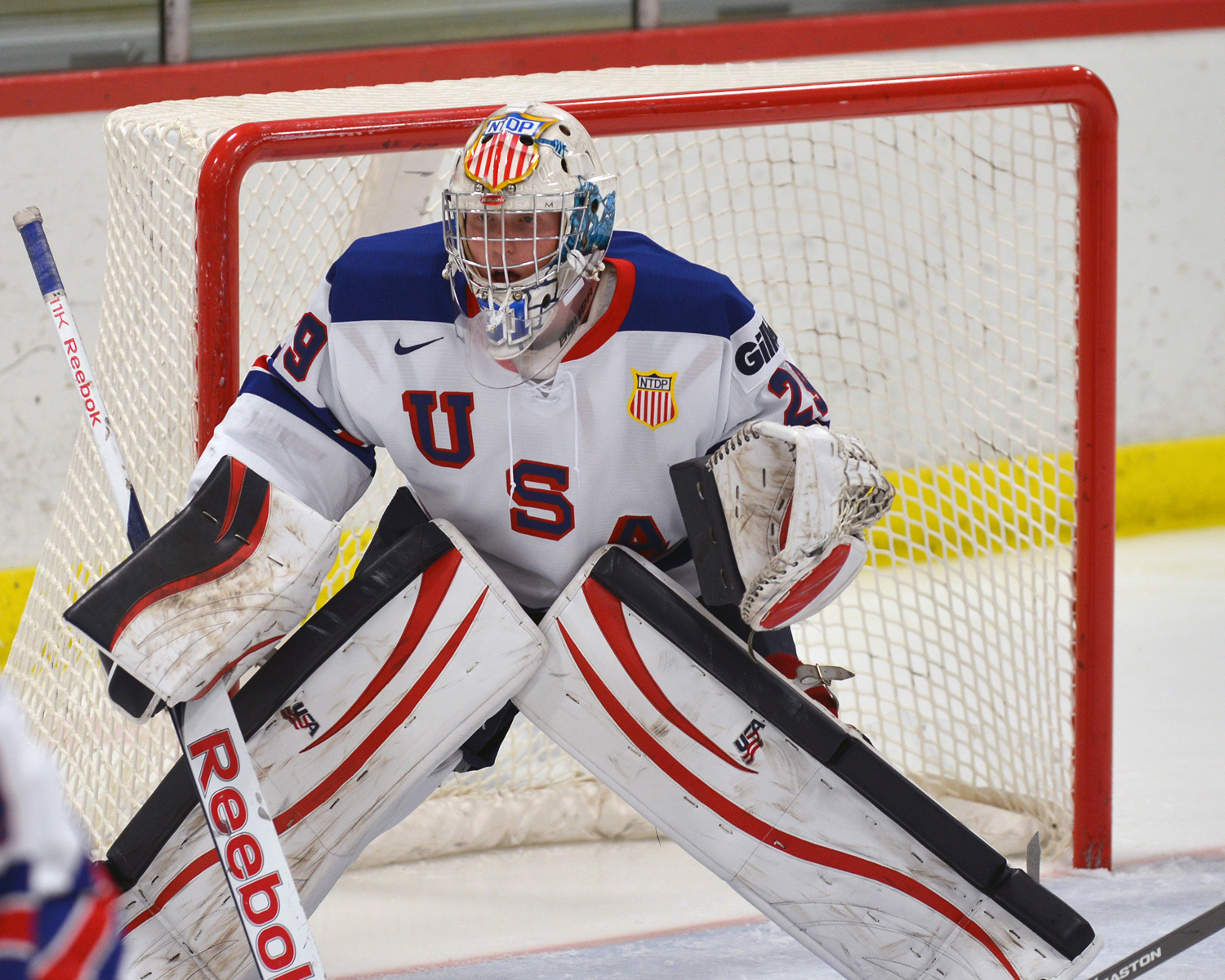 An amazing 17 of the 40 players suiting up for the second annual CCM/USA Hockey All-American Prospects Game this Thursday in Pittsburgh are members of the U.S. National Under-18 Team.

For Team USA goalie Edwin Minney, it’s something of a home game.

The netminder, who will play for the team coached by former Penguin Joe Mullen, hails from Wind Gap, Pa., a six-hour drive from Pittsburgh.

“It’s an honor,” Minney said. “I was looking at it last year, and it was definitely something that I wanted to do. I wasn’t sure if it was going to happen or not, but getting that invite, it was really exciting and a dream come true.”

For Minney, the selection comes on the heels of a frustrating season for Team USA. However, he now says he appreciates how much the struggles and obstacles helped him become a better player.

“I really learned that I can overcome all obstacles that I face, whether it’s a bad game, good game or we lose by a goal,” he said. “Last year, I went through every kind of situation possible. I feel as if I have another tool to be able to see the different situations and react to them in different ways.”

At 6-foot-4 and 189 pounds, Minney takes up a lot of space in the net. He worked hard this summer to better utilize his size advantage.

“I worked on getting stronger,” he said. “I feel that the stronger I’m getting, the better I’m getting. That was one of the big things. I also was working a lot on my angles. When I come out for a shot, instead of coming straight across, I worked on cutting down more and my mental game as well.”

The work paid off early this season as Minney recorded his first career shutout on Sept. 13 in a 2-0 win over the Chicago Steel. He kicked out all 23 shots he faced. Minney heads into this week’s action with a 2-0-0 record, a 1.00 goals-against average and a .966 save percentage.

“I think the off-ice conditioning has really helped,” Minney said. “Coming in here last year I was in okay shape, but I feel that my strength and the other parts of my game have really come together with the workouts. Working with the goalie coaches have really helped too. Those are the two biggest things that I feel have helped me.

“Right now, we are still working on keeping it simple. I have a tendency to make a save and push too far out. I really don’t need to. Obviously, with my size, I can take a shorter angle and get there faster and still be able to cover the net. That is the biggest thing we are working on in practice.”

The desire to keep improving stems in part from the responsibility that comes with wearing the Team USA sweater.

“I look forward to it every single day and I don’t take it for granted,” he said. “I couldn’t ask for anything more. I dreamed about it, just like any other kid. You are little and playing out on the street, you pretend you are the United States vs. Canada for the gold medal. It’s really a dream come true; I never thought that it would be able to happen. It’s awesome being able to walk in and see it every day.”

Minney, who tried all three positions growing up, settled on being a goalie for one reason: it was the most important position on the ice.

“I played forward for about five years before I switched,” he said. “I played defense too since I was bigger. You are only on the ice for about a shift and then you come off and sit for a couple minutes and go back out. I liked being out there the whole game and participating the entire time.

“The goalie, in my opinion, is one of the most important positions. I like having that pressure on me. It helps me play better knowing that your team is relying on you to keep the team in the game.” 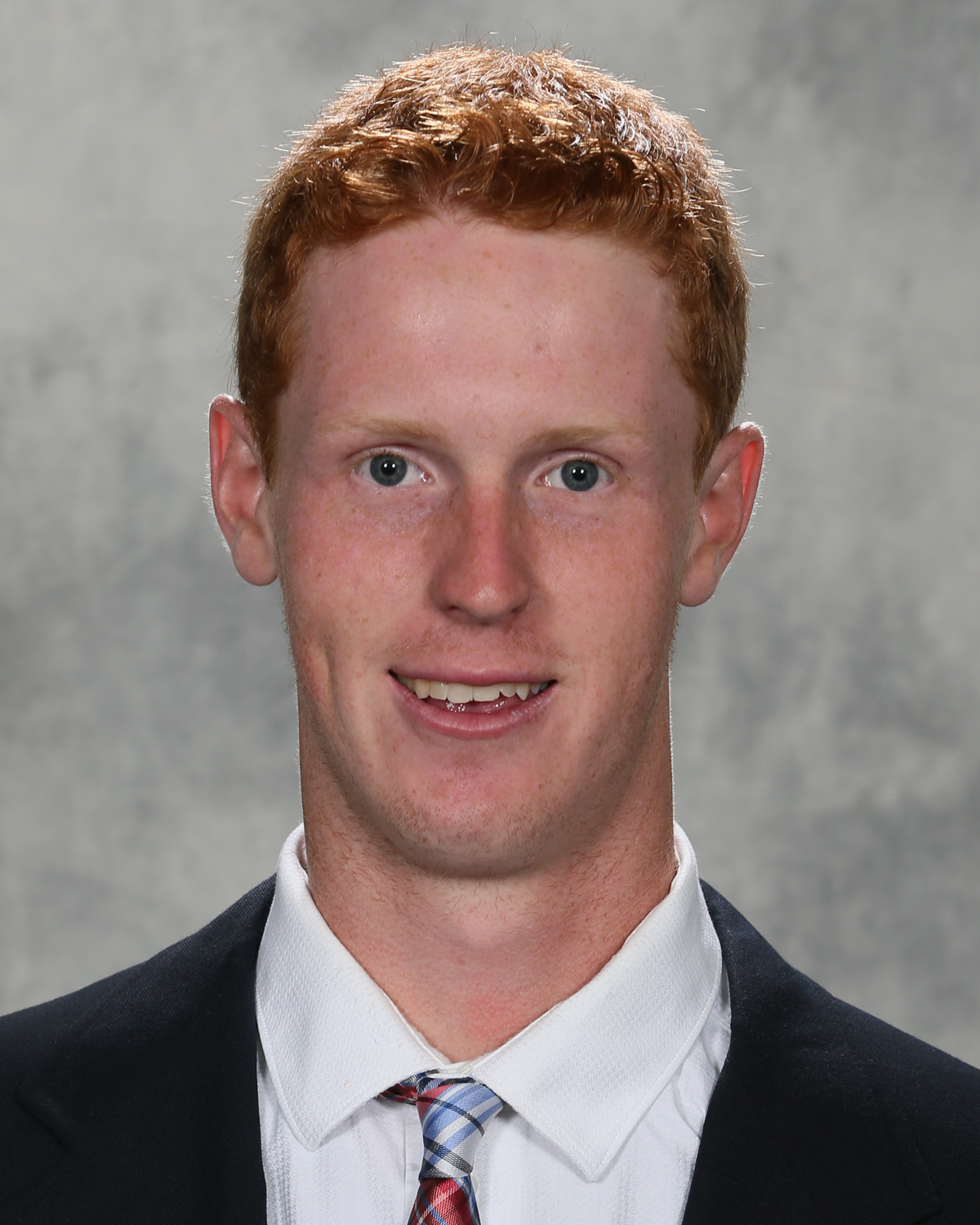