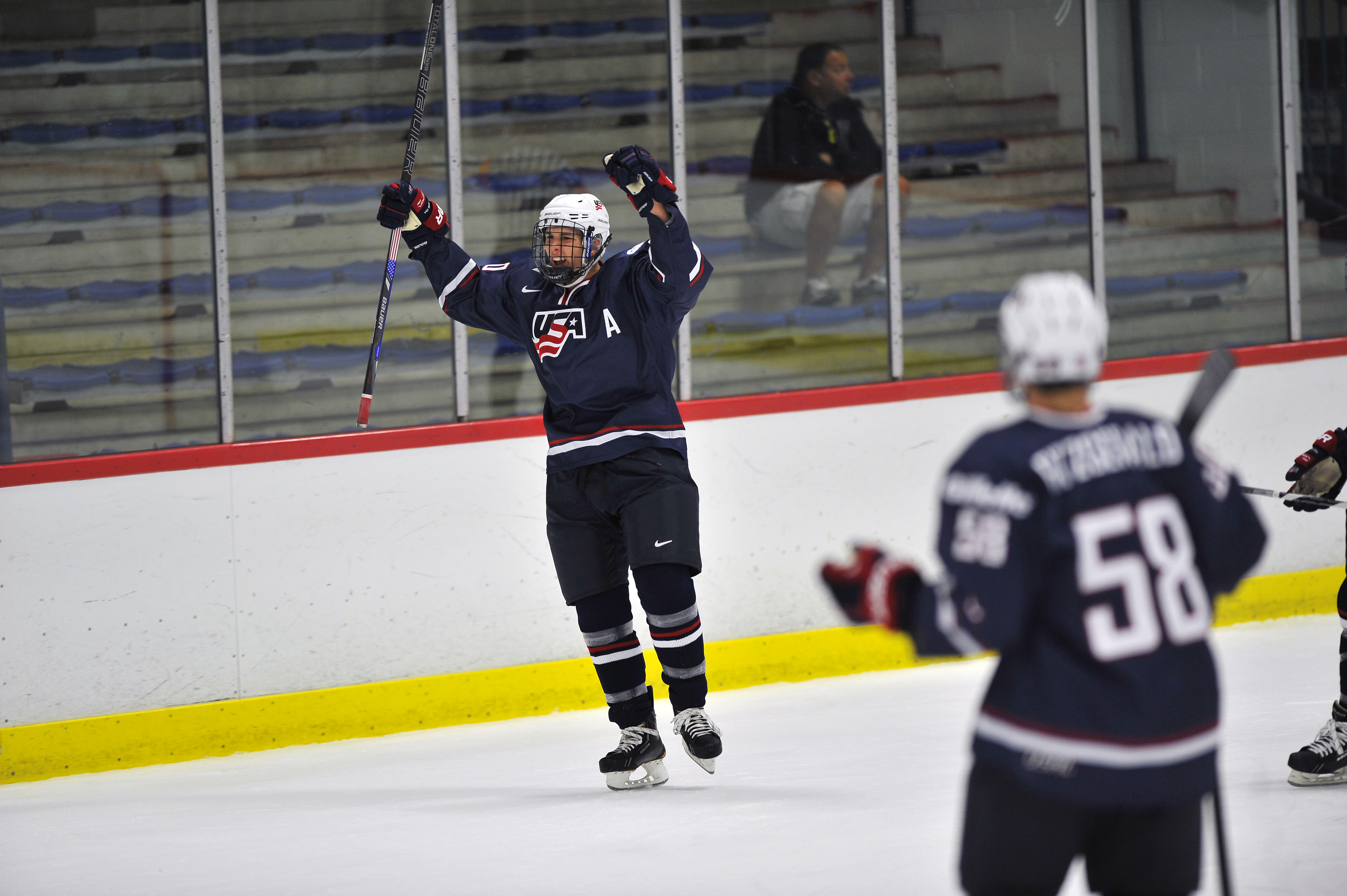 What Brendan Warren felt as he walked into the Team USA locker room Friday night, prior to the U.S. National Under-17 Team’s season opener against the North American Hockey League’s Janesville Jets, was almost indescribable.

“It was an awesome feeling, walking right in and seeing all the jerseys hanging up and all the logos facing the outside. It was really surreal,” said Warren, who admitted he had dreamed about wearing the USA crest since he was a little kid.

The 6-foot, 176-pound forward also worked hard to keep his emotions in check as he stepped onto the ice at the Ann Arbor Ice Cube for the first time in a game situation.

“I felt energetic and excited to get started,” he said. “Playing for your country is a privilege, and I felt ready to go. It was fun.

“My family [parents and grandparents] and my billets were at the game. They were really supportive and happy to come watch.”

“It felt good to get the goal out of the way and get the nerves out,” he said. “It helped me not have to worry about getting the first one the next night and start playing my game.”

Warren, who made the short 35-mile drive from his hometown of Carleton, Mich., to Ann Arbor on Aug. 26, noted how much faster the game is played in junior hockey as compared to the youth level.

“It is a lot faster, and you do not have time with the puck,” he said. “You have to make decisions way quicker. It’s completely different. People are bigger, faster and stronger. It’s tough.”

Plus, he said he has discovered how much the National Team Development Program workouts are benefitting him, especially from the intensity standpoint.

“It’s a big change from midgets, where we only worked out a few times a week,” he said. “Now we are working out every single day. It’s long and tiring. It’s a good process, and it will really benefit me in the end.”

“Trouba and Sieloff played for Compuware and they were coached by our coach too,” Warren said. “They were always around us and gave us advice and told us to work hard, play your game and don’t worry about it. J.T. told me it’s all about how hard you work and it’s about playing for your teammates.”

Warren started his hockey career when he was 6 years old. His dad, Steven, was his first coach as a member of the Taylor Wild.

“My dad was coaching my brother’s team and I started skating and just loved it,” Warren said of his father, who coached him up to Peewees. “He started coaching me too.

“It was very difficult at times [to be a coach’s kid]. He would scream at me and was really hard on me, but I think it shaped who I am now and helped me become a better person.”

Warren, who grew up a lifelong Wolverines fan and knows the words to the Michigan fight song by heart, has committed to play at U-M after he concludes his playing days with the NTDP.

“My mom graduated from U-M. It’s been a part of our family ever since I went to the first game at Yost when I was 7 years old,” Warren said. “It was unreal atmosphere and I just loved it. When I got offer, I accepted it right away.” 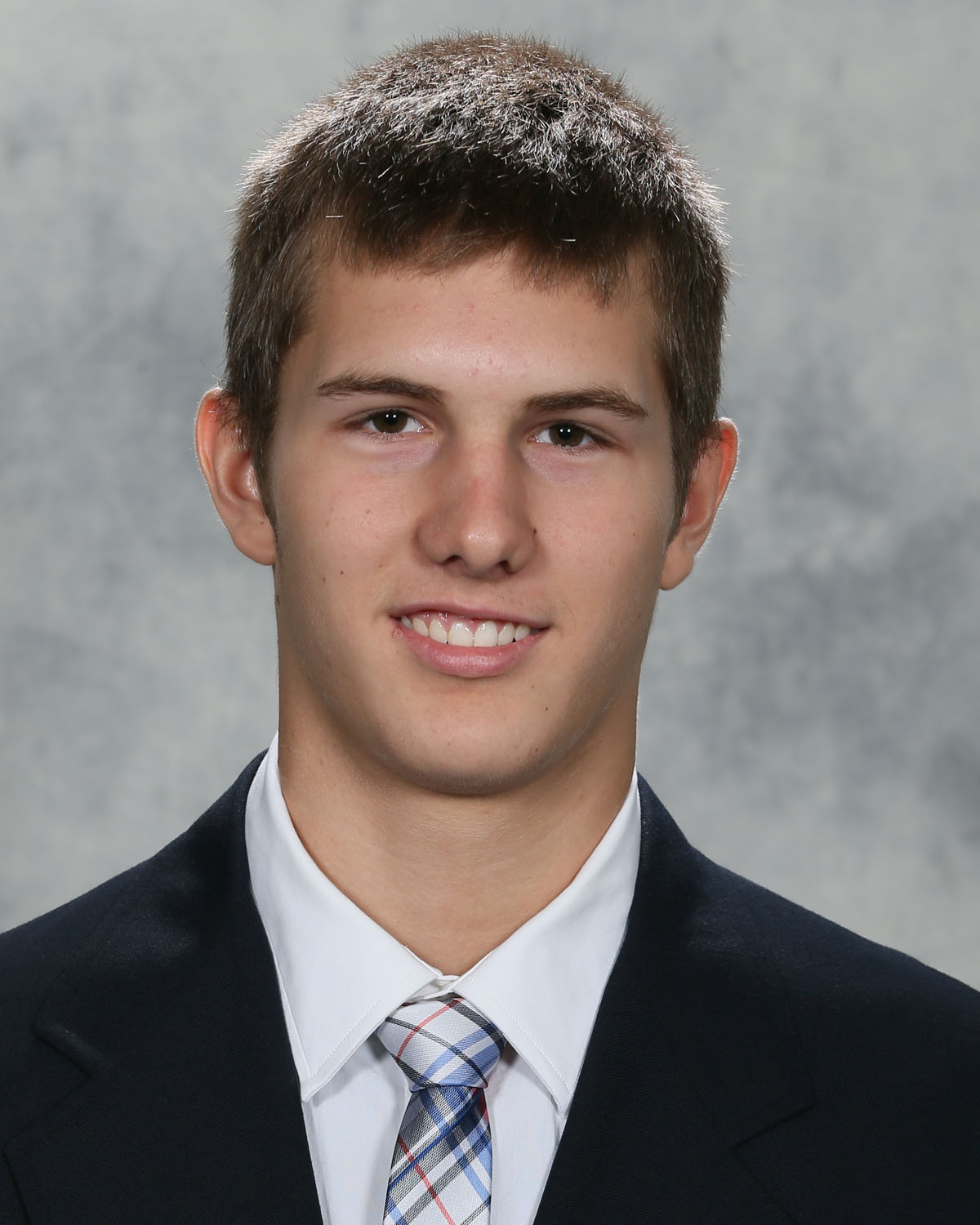