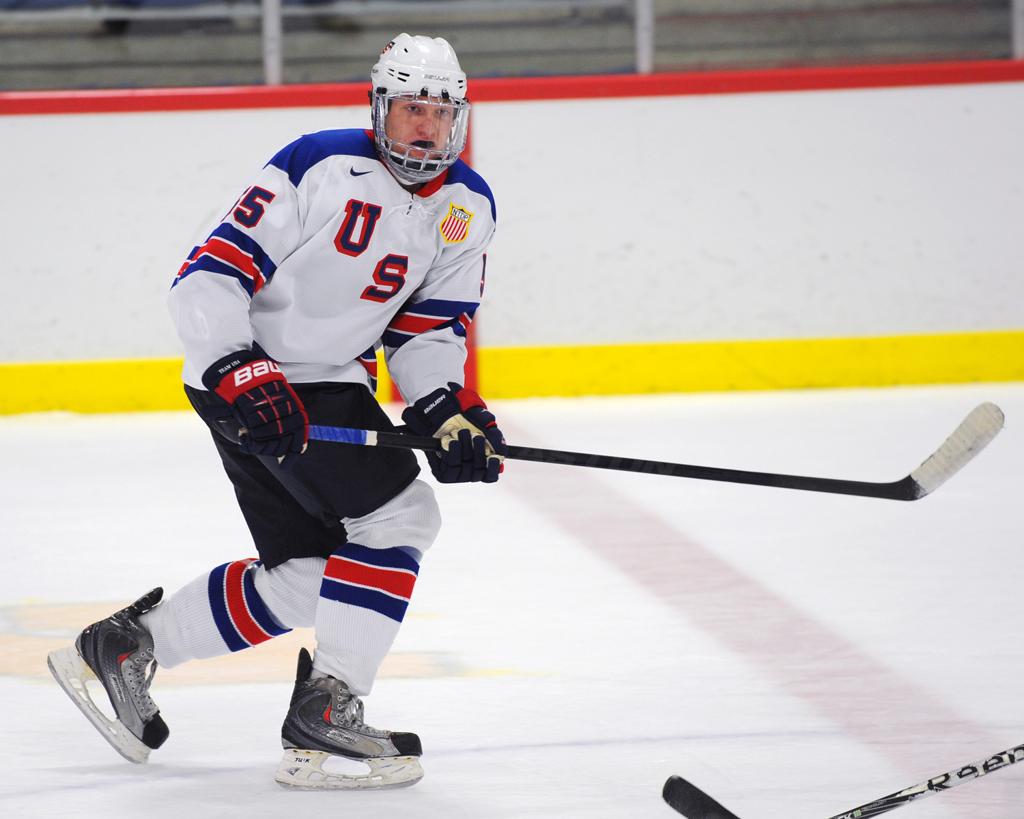 Joe Wegwerth began playing hockey as a 3-year-old on a bribe from his mom, Melanie.

“My mom said she would get me a snack at the rink after if I started to play hockey,” he said. “I took the offer and just fell in love with it.”

However, it was Joe’s father, Mark Wegwerth, who became Joe’s “biggest mentor through hockey.” Whether it was the long drives to and from the rink, the time Mark spent as an assistant coach on Joe’s teams or just the talks the father and son had about hockey, Joe says the relationship certainly helped him get to where he is today — USA Hockey's National Team Development Program. 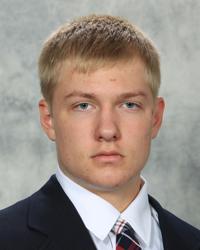 Wegwerth will continue to train this summer with teammate Louis Belpedio. Photo by Dave Reginek.

“He’s always been there. I can’t say enough good things about him,” Joe Wegwerth said of his father, who was a varsity player at Kent State. “He’s always been there to keep me level headed. He’s always there with anything, whether it’s hockey related or not. I trust him, and he knows the game. He’s a great resource and I love him for that.”

Even had Joe Wegwerth not accepted his mother’s bribe as a 3-year-old, it’s pretty certain he eventually would have found the ice. His hometown of Brewster, N.Y. had recently built a rink, he said, and his dad and his cousins all played.

“I was lucky enough to find a travel team,” Joe added. “I have made a lot of good friends through hockey.”

One of those friends is Steven Santini, who recently finished playing with the U.S. National Under-18 Team. Santini played with Wegwerth on his first traveling team and has been a good friend ever since, even helping Wegwerth adapt to the NTDP and Ann Arbor, Mich.

“The first couple weeks, he would call or text me to make sure I was doing okay. It was good knowing he was there for me. My goal is to be like him next year — be a great example and a great person.”

Although Wegwerth battled injuries during his first season in Ann Arbor, the 6-foot-3, 210-pound forward finished with seven goals and 13 points in 27 games. It was a difficult but worthwhile transition, he said.

“It’s one of the hardest things I’ve ever done, but it’s definitely the most rewarding,” he said. “You go through the grind of training camp, the Kirk sessions [Kirk Culik is the NTDP’s off-ice conditioning coach] and the long days at the rink where you don’t get out until 7 p.m.; it all pays off, especially after that first tournament. We went to Switzerland and won the event. Standing on the blue line with your arms across your brothers, seeing your flag up there the highest with the banners and hearing the national anthem — you realize that is why the first couple months are so hard, and that’s why it is worth it.”

More than anything, Wegwerth learned quite a bit about himself this past year. He uses that as insight as motivation to become a better player and person.

“I definitely learned that you have to be a man and you have to grow up,” he said. “I learned you have to deal with a lot of adversity here and dealing with that adversity makes you’re a stronger person and a better leader. That’s what I have tried to become since I have been here.”

Plus, Wegwerth said it’s an honor to wear the USA jersey every day.

“Words really can’t describe the feeling you get when you put on the jersey,” he said. “There is so much that you represent with that jersey. It’s the biggest honor that I can think of, putting on the red, white and blue, representing your country, your family and the vets overseas. It’s really special and something that I will not take for granted.”

Which is why Wegwerth has big plans for this summer to prepare for next season with Team USA.

“I just moved to Chicago. My goal this summer is to work out with [NTDP teammate] Louis Belpedio,” he said. “I’ll try and skate with him and get bigger, faster and stronger for next year since our ultimate goal is winning that world championship.”