Player Feature - Glover Makes Most of First Year Away from Home 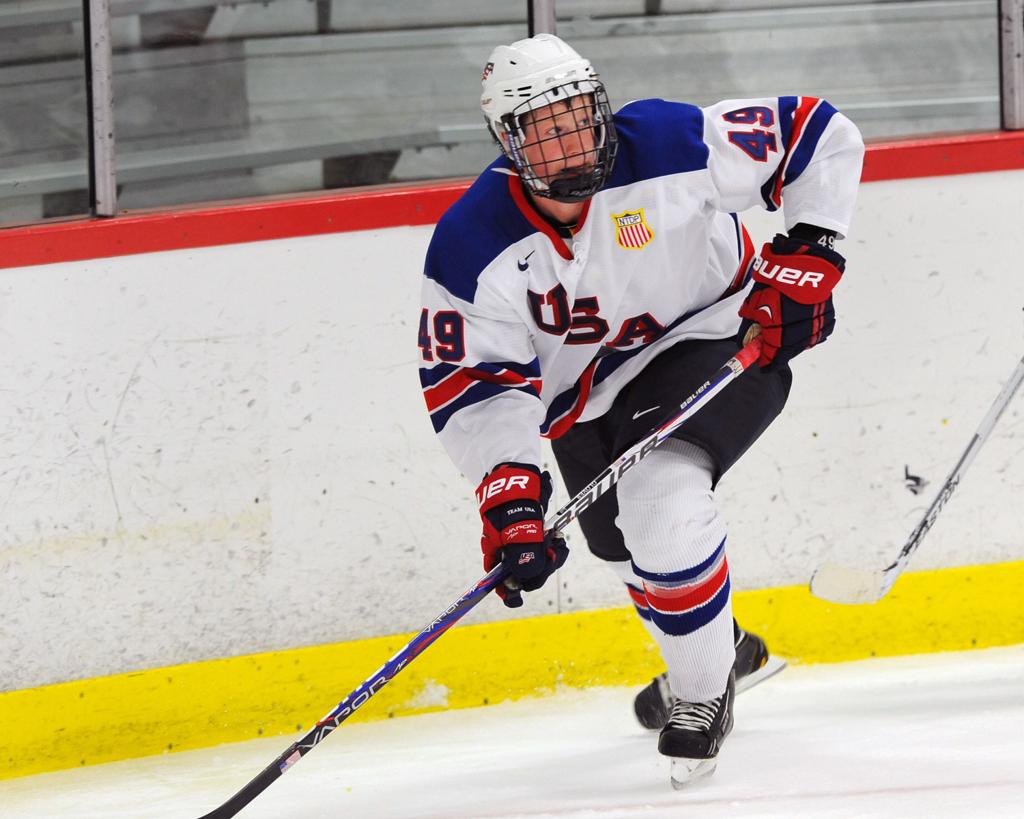 Jack Glover respects the long history of success at the NTDP and looks to add his own mark moving forward. Photo by Tom Sorensen.

The Glover parents faced an unexpected departure this past August when not one but both of their sons moved away from home.

For Andrew Glover, the move from their Golden Valley, Minn. home to attend the University of Notre Dame was expected; after all, he had graduated high school. However, the family also had to bid farewell to Jack Glover, who is 2 1/2 years younger than Andrew, when he moved to Ann Arbor to join USA Hockey's National Team Development Program.

“I was supposed to get two more years with my mom, so she lost both of us the same year,” said Jack Glover, who just wrapped up his first season on the U.S. National Under-17 Team. “She took it pretty hard, but she has gotten over it. She comes and sees us a lot. It hasn’t been too bad, but she definitely wasn’t expecting that initially. I think she is fine with it and happy for us.” 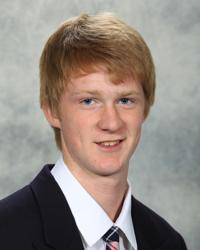 Jack started his hockey career when he was 4 years old on the outdoor rinks in Minnesota.

“My dad got me into it, and my older brother played too,” he said. “I wanted to be like [Andrew] when I was a little kid, and all my friends were doing it. It is the culture in Minnesota. Every kid has to try hockey. I tried it and loved it.

“I looked up to my brother; he was a good role model for me. We never played on the same team or played against each other. We are always too far apart to do that. I’m not sure how my mom would have reacted to it. She always jokes about what she would do if we ever played each other, but it never came around for her to deal with it.”

Glover has grown into a 6-foot-3, 185-pound defenseman. He has patrolled the blue line his entire career.

“I was always a bigger kid when I was younger so I automatically got moved back there,” he recalled. “I wasn’t always the most skilled kid, so they put me on defense. I never saw an appeal for forward. I really did like staying back. Defense was more fun for me to play.”

At the NTDP, Glover said he has greatly improved as a player, which he credits in large part being able to work with assistant coach John Gruden.

“Coach Gruden has been unbelievable, not only on the ice, but with the little things that he helps us with,” Glover said. “He brings experience and has played at every level. Off the ice, he is a great resource. You can go to him with anything. Our whole D core is really tight with him. We have a great relationship with him. Off the ice, he has helped me become a better person and helped me grow through some tough times. He has been unbelievable.”

Plus, Glover has taken to heart some words of advice from Gruden.

“He helped me through frustration this year,” Glover said. “He is always telling us this is going to be the hardest year. It’s hard for a reason. He understands exactly what we are going through. We have to realize the coaches can see the big picture, even though we may not always; the coaching staff is in it for the long haul.”

Each day when Glover walks into the NTDP facilities, there are constant reminders of the players and teams who came before him and what they have done. It helps him realize what he is working towards on a daily basis.

“It’s inspiring,” he said. “It’s the standard they set since their first year here. When you see those names, you know what is expected of you and you know who has been here and that they went through the same thing as you — the same kind of struggles.

“You think to yourself and know they went through the same struggles, and it gives you motivation to be the best you can be and you are not alone in this day. You can look at the wall and know that it worked out for them. Seeing them everyday is a reminder of what the possibilities are for you since you are here.”

Glover finished his first season with Team USA appearing in all 56 games while posting six goals and 20 points.

“I think I have grown in so many ways. On the ice, I am more aggressive and more defensively aware,” he said. “I am more reliable in my own zone — more so than in my previous years of playing hockey. Adding strength and size has only helped me become more physical and aggressive in the defensive zone to make those strong simple plays.”

As he closes out his first year with the program, he said he realizes the privilege he has to wear the sweater of Team USA.

“It’s unbelievable every time you put it on, you know what it means,” he said. “Going overseas, every time you put on the jersey and play another country, you know they are representing their country. It’s a big responsibility to have and I’m very happy to wear it. It’s a lifelong dream of mine since I was a little kid so to put it on; it’s really special to me. It’s something I try not to take for granted. I feel privileged to wear it.”