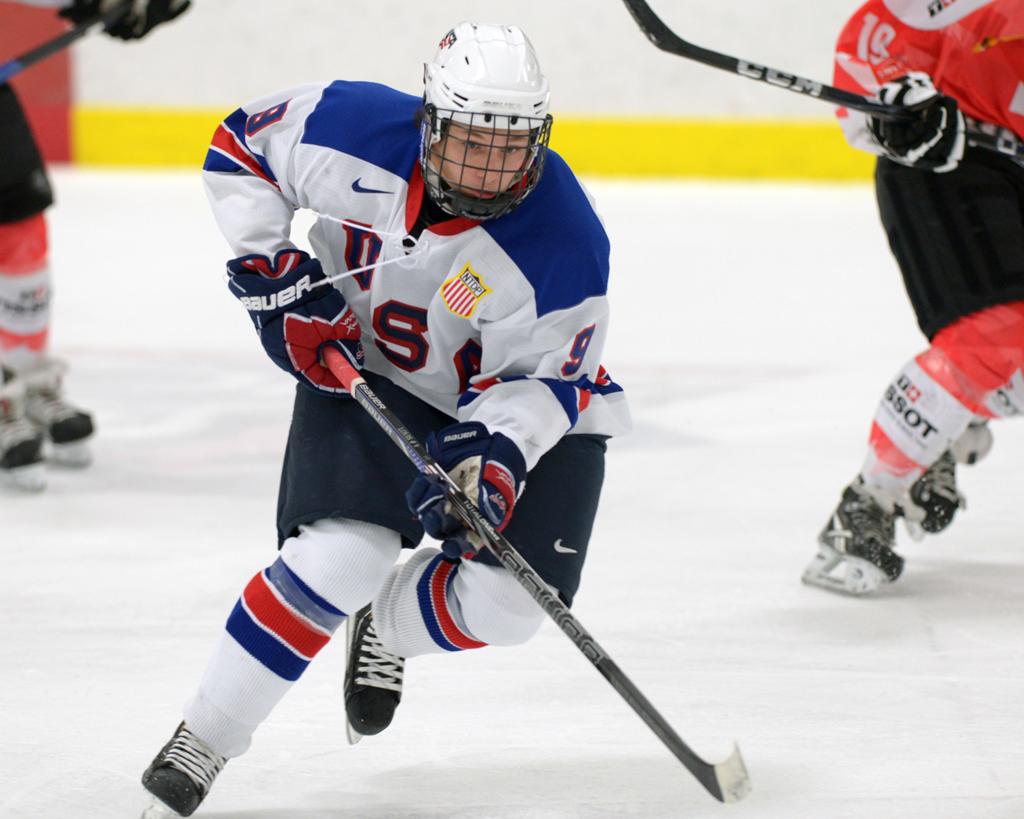 Two years of blood, sweat and tears. One gold medal. One silver medal. Countless hours on the ice and in the weight room. Dedication to hard work and effort.

In the end, for Anthony Louis it’s all about the memories and the friendships with his “brothers” on the team.

“The program is known for lifetime friendships and memories together,” said Louis, a forward on the U.S. National Under-18 Team. “Our team is probably one of the closest teams that have come together through the program. I think we will definitely get together and, hopefully, have a team reunion in a few years.”

The Winfield, Ill., native came to the National Team Development Program to further develop his game, and wearing the crest of his country is an honor he will never forget. 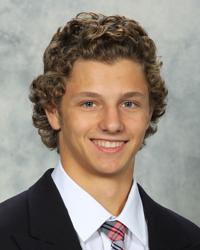 Louis credits the NTDP for development of his all-around game. Photo by Dave Reginek.

“It’s an honor every day. I never take it for granted,” he said. “I always wanted to play here. Finally, having the opportunity, it’s awesome. I wouldn’t change it for the world.

“All the work I have put in my entire life is finally paying off. To come out here and play for my country is awesome and I love it.”

The 5-foot-6, 140-pound forward won two medals playing for Team USA at the International Ice Hockey Federation World Under-18 Championship, winning a gold medal as an underage player in 2012 before finishing his NTDP career with a silver medal in 2013, following a 3-2 loss to Canada in the final over the weekend.

“Last year was a great experience and being able to go as a younger player,” Louis said. “This year, I was able to adapt to the style of international play and help my team out and win a medal.”

One of his most memorable games from this year’s tournament was the semifinal against Russia on April 26. Louis scored the game-tying goal with 2:05 left in regulation before Team USA earned a 4-3 win in a shootout. He finished the tournament with one goal and four points in seven games. He heeded some advice he took from last year to help at this year’s event.

“The biggest thing, you do not want to go out and change your style that you had all year,” he said. “You need to play your best, not second guess things, and play your hardest all the time.”

Louis said the NTDP helped him reach his goals by teaching him how to be a complete player, both on and off the ice.

“I have learned how to play the defensive zone position since I probably didn’t play it much before I came here,” he said. “The coaches taught me how to play a complete game and be solid all-around and still have my game offensively.

“The weightlifting and the training helped me a lot. The coaches being on you all the time for the things that you do not want to do. They are pushing you to do the extra stuff to make you a better player, such as backchecking. It really helps your all-around game. Even being a small guy, it’s very helpful here at the program.”

Louis, who tallied 22 goals and 51 points this season, earned an opportunity to play at the 2012 CCM/USA Hockey All-American Prospects Game in September in Buffalo, N.Y.

“It was a great experience,” he said. “It was a once in a lifetime thing. All kids our age should want to be there. I had the opportunity, and I took it all in. It was a really good time and I enjoyed playing the game at Buffalo’s arena and seeing all the facilities.”

Of Louis’ lasting memories with the NTDP, the one that will stick with him the most was the feeling he got standing on the ice with his teammates and hearing the national anthem played at last year’s World Under-18 Championship.

“Standing on the blue line with the team, arm-in-arm and singing the national anthem,” he recalled. “Knowing that you have come all this way and finally playing and winning big tournaments. It’s a dream come true and an awesome feeling inside.”