Player Feature - Compher Wants to Go Out a Winner 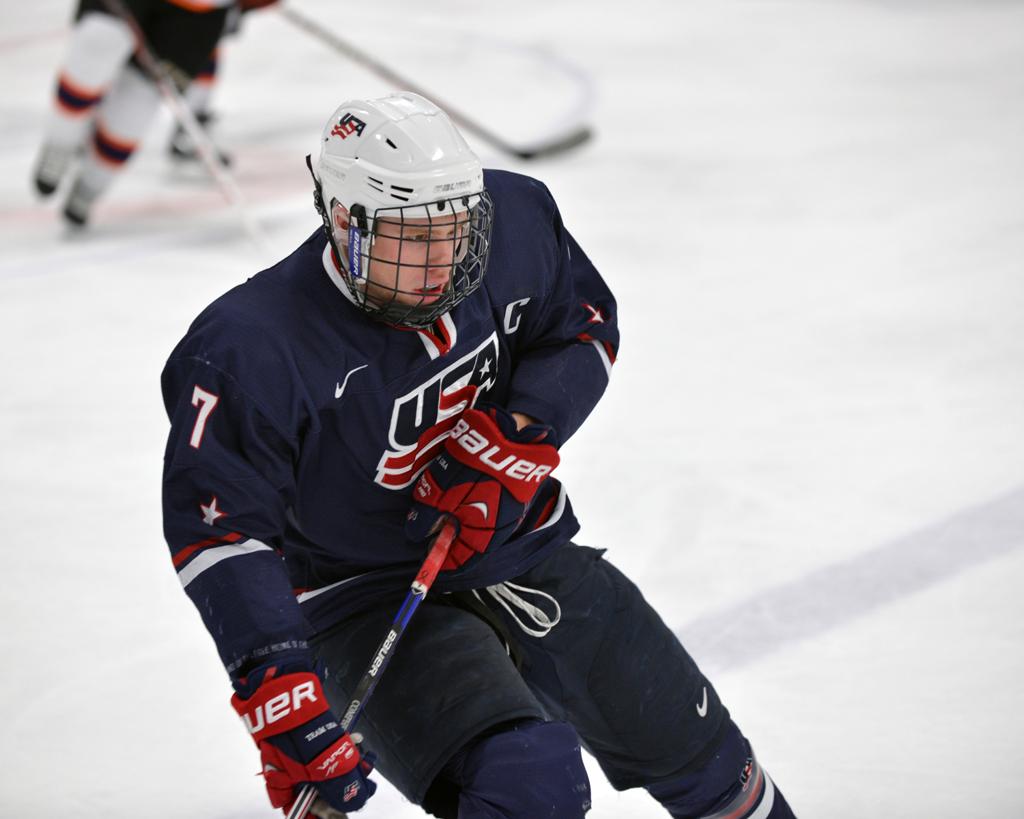 Compher is looking for his second gold medal with Team USA, having won with last year's squad in Brno, Czech Republic. Photo by Tom Sorensen.

One year after winning the 2013 International Ice Hockey Federation World Under-18 Championship as an underage player, J.T. Compher is eager to close out his National Team Development Program career by claiming the same title with his full-time teammates this year.

“Winning the gold medal was awesome, but it wasn’t with the guys I have played with for [the past] two years,” he said. “I would like to be remembered as a winner, especially after this tournament. I want our team to be remembered as winners if we win this tournament. That would be the best thing, that we won the right way by putting in the work and being rewarded for it.”

Compher made the most of his opportunity one year ago when he played up with the U.S. National Under-18 squad at the World Championship in the Czech Republic. The 5-10, 178-pound forward recorded five points, including two goals, in six tournament games. 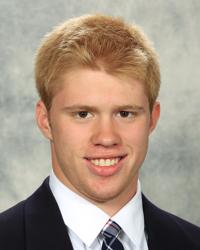 Compher will head to the University of Michigan after his time with the NTDP. Photo by Dave Reginek.

“I remember how well they played as a team together,” he said. “The coaches [Danton Cole and John Gruden] had them in a great system and they had great leadership with [defensemen] Seth Jones and Jacob Trouba. They were great players and great leaders. We bonded as a team, and it was really easy to come in and play.”

One of Compher’s favorite memories came after the team beat Sweden 7-0 in the championship game to capture a fourth-straight gold medal.

“At the end of the game, throwing up our gloves and celebrating. That was awesome,” he said. “Receiving my gold medal was an amazing experience. It is something I will never forget.

“I was actually able to score a goal in the game. It doesn’t seem as important now since we ended up winning 7-0. Everyone was so great and happy, especially the leaders. They had been there the previous year and they didn’t want to end the streak. I saw how happy they were and how much time and work they put into it.”

After three games so far in this year’s tournament in Sochi, Russia, Team USA is 2-1-0 (W-L-OTL) and plays Finland on Tuesday (April 23) in the final round-robin game. The quarterfinals start after that.

“There is a little bit, but there is only pressure if you put the pressure on yourself,” he said. “We use it as motivation that we know we can do it based on the system of this program. We know if we put in the work and play within our system and play well, there is no reason we can’t win the tournament. There is nothing given to us — it is something we are going to have to work towards to win. It’s a little added bonus when you are coming to practice very day, you know the goal is to win the world championship.”

Following his NTDP days, the Northbrook, Ill. native will head down the road to play hockey at the University of Michigan in the fall. Compher is following the footsteps of his grandfather, Richard Meyer, who played basketball for Michigan but died before Compher was able to meet him.

Compher did play against his future college team on Jan. 4, as Team USA posted a 5-3 win over the Wolverines at Yost Ice Arena.

“It was a lot of fun,” Compher said. “I was really excited about the game and had some family and friends come in. We played really well. I tried not to be chippy; rather I played hard and [was] cautious of who I was hitting. Obviously, winning the game was a blast. Overall, it was a fun experience and something I will remember forever even though I plan to play a lot of games in that building.”

Compher had an opportunity to speak to some of his future teammates (and former NTDP players) Andrew Copp and Jared Rutledge after the game.

“They told me good game and can’t wait until next year,” Compher said. “They are really good guys. I roomed with Andrew Copp at the [U18] tournament last year and I know him really well. He says he is excited for me to come onto campus. Obviously, they weren’t happy with the loss, but they were really good about it.”

More than anything, Compher realizes just how special it has been to wear the Team USA sweater and his country colors.

“It’s amazing. It’s something that you realize that after this tournament, you will never put on this jersey together again,” he said. “We have a great family atmosphere on this team and being able to represent our country is a great experience. You can’t take it for granted. You have to work hard every time you put on this jersey.”