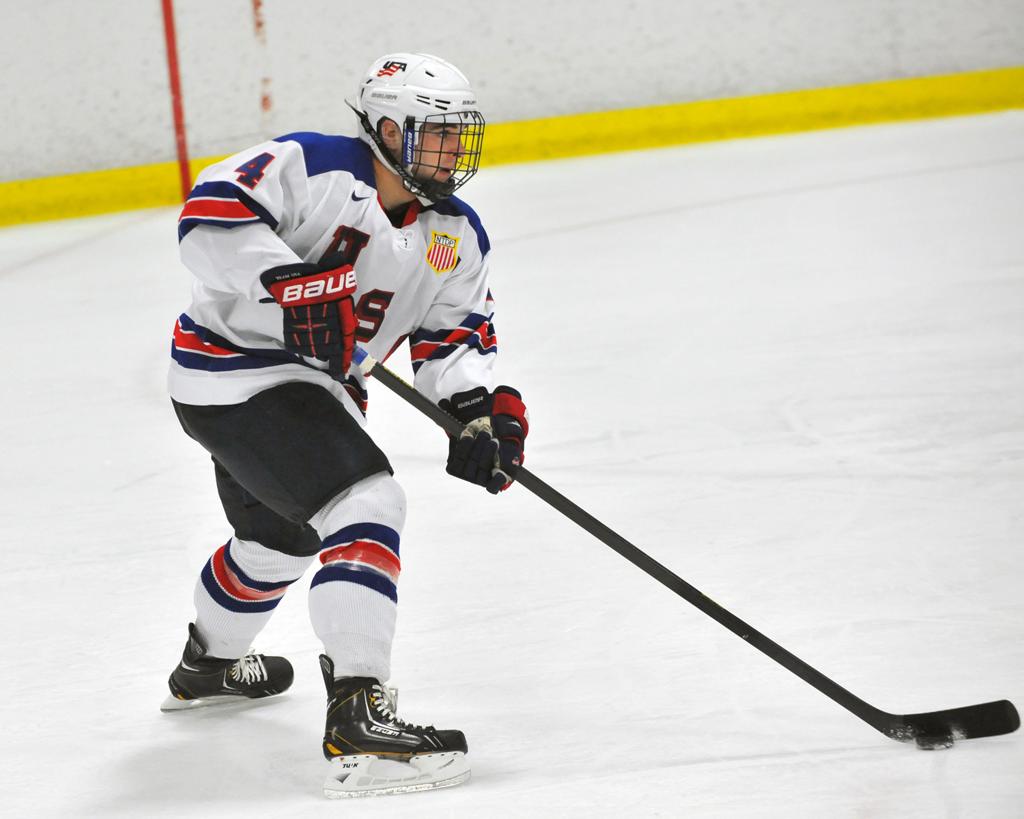 U.S. National Under-18 Team defenseman Will Butcher expects his experience to go a long way this week at the International Ice Hockey Federation World U18 Championship in Sochi, Russia. After all, Butcher is one of three U.S. players — including J.T. Compher and Anthony Louis — who also played on last year’s squad.

“It was an eye-opening experience,” Butcher said of last year, when Team USA won the gold medal in the Czech Republic. “It was pretty neat. Watching Seth Jones and Jacob Trouba — two high-powered defenseman — watching what they do and taking it all in and getting my shot for the upcoming year. I want to make sure I complete the task I was handed.”

A few things stand out in Butcher’s mind after last year’s championship, but the celebration after the gold-medal game, a 7-0 victory over Sweden, is hard to top. 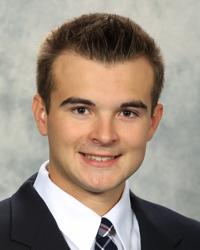 Butcher looks to take cues from previous winners like Jones and Trouba. Photo by Dave Reginek.

“It’s a tie between the Canadian semifinal game and the gold-medal game,” Butcher said. “One thing about the championship game, I realized before the game was just how focused everybody was and how determined they were on winning it. It never crossed my mind that we were going to lose that game. We came out and beat them. It was pretty neat.

“The overall feeling in the locker room that the guys had completed what they set out to do in the two years of the program. It was overwhelming and it was so cool to be a part of.”

Now the Sun Prairie, Wis. native has turned his attention to this year’s championship and is equipped with some words of advice he gathered from Jones and Trouba just one year ago.

“It was simple advice that you hear all the time. Go out there and play,” Butcher recalled. “Don’t treat it as a job yet; go out and have fun. It’s the little things that make a big difference. Treat it like a normal day, such as a game at the [Ann Arbor Ice] Cube. It’s a big deal that we are at Worlds, but we need to go out and do our job. At the end of the day, that is what we need to do.”

It’s special for Butcher to be in Sochi and part of the test run for the 2014 Olympic Winter Games. He knows he has a job to do in the squad’s second trek to Russia. As a member of the U17s, he captured the Four Nations Tournament title in Balashikha in November 2011.

“We have been to Russia before but this is going to be different,” he said. “It’s a big tournament. It’s going to be a hostile environment and something we will have to get through, but it’s another stepping stone on what we are trying to work towards at the end of the day. It should be tough but hopefully, we will handle it well.”

Plus, Butcher can use the 2013 Five Nations Tournament in Sweden as extra motivation. The squad finished a disappointing fourth at the event.

“We came together as a team and realized we need to focus on the World Championship, especially after the disappointing performance in Sweden,” he said. “It was a big learning stone. That tournament, we realized that we can’t take any game for granted and we need to go out and play our best. You can’t have an off night. We need to be prepared and play the systems and know we have a job to do when we go over to Sochi.”

Ever since joining the National Team Development Program two years ago, the 5-foot-10, 200-pounder has been dreaming of leading his U.S. team to a gold medal. Butcher said the program has positioned the team to do just that.

“Overall, the off-ice details and the on-ice details and an overall commitment to my game,” he said. “It’s not just the play, it’s everything that entails with the game of hockey.

“The weightlifting and when Dr. (Larry) Lauer comes in to help our mental game get stronger. It helps give you the complete package; that is what this program is all about. It has really helped me in my two years here.”

The other individual who has inspired Butcher is his father, Joe. Will grew up as a coach’s kid and his dad’s influence is very evident in his game.

And that is exactly what Butcher plans to do as Team USA guns for its fifth straight gold medal.