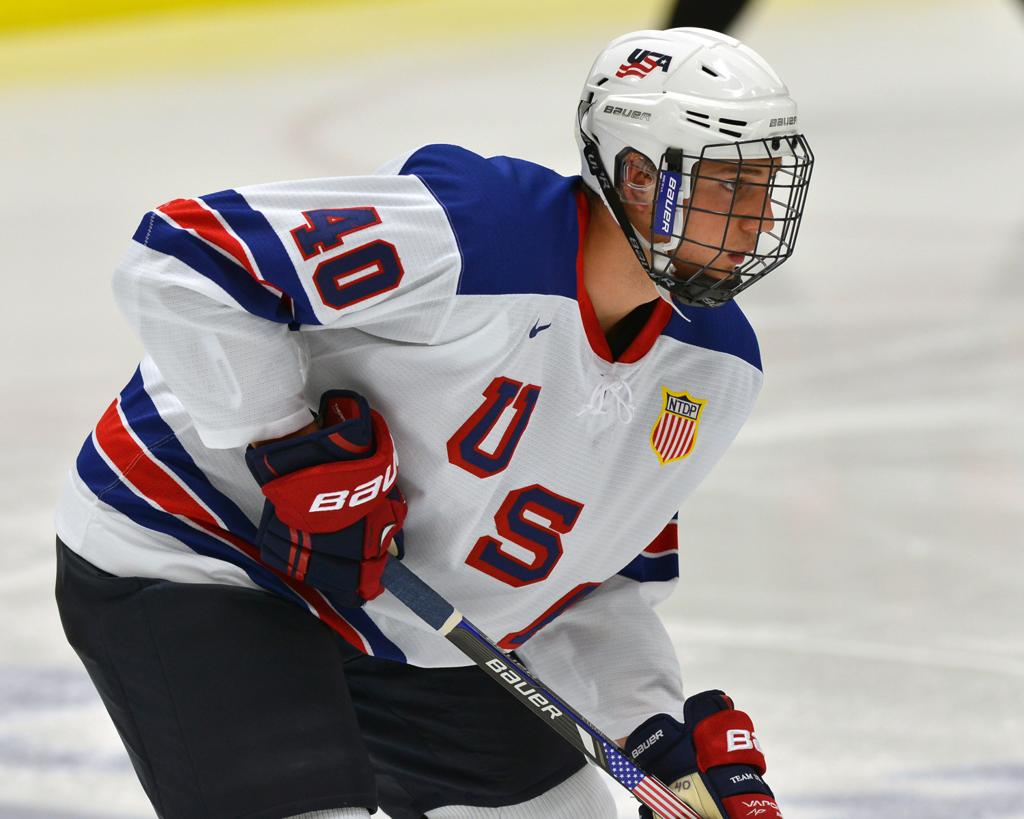 Growing up in Parker, Colo., there was only one team Jared Fiegl would root for, and that was the Colorado Avalanche.

“I think we got hooked going to Avs games as a family,” the U.S. National Under-17 Team forward said. “The atmosphere at the games, and the season they won the Stanley Cup [in 2001], we were there a lot.

“I remember watching them and going, ‘Wow, I wanted to be out there.’

“There was [Joe] Sakic, [Peter] Forsberg and [Alex] Tanguay,” he continued. “They were a great team and fun to watch. I would get to go with my brothers and my dad and get the Avs pennant and the big hands.” 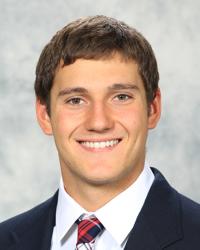 Fiegl's father and older brother inspired him to play. Photo by Dave Reginek.

It was dad, Dan, and older brother, Luke, who helped cement Jared’s love of hockey.

“Having an older brother in hockey really started me [in hockey],” he said. “My dad got us into it for Christmas when I was 4. We just went to the rink and skated a little bit, my brother and I. I started playing the year after it and just got hooked.

“My dad was a collegiate football player [at Edinboro University in Pennsylvania]. He grew up in Buffalo and loved the game of hockey. It’s weird; we didn’t play football, especially with our size. We just loved the fast pace of ice hockey. In football, it is stop and start. In hockey, you have time to make plays and it’s a lot faster.”

One advantage for Jared in coming to the National Team Development Program in Ann Arbor was the fact he knew Luke was a mere 45 minutes from him and could offer support and encouragement for him.

“It was good to know he was here, and if I needed anything or had an off day, we could get together and hang out. I still had some support if I needed it,” he said. “He tried to get to some Friday games when he had the time off during the season.”

More than anything, it was the advice that older brother offered him that he found refreshing.

“He is a positive person,” Jared said about Luke. “He reminded me to keep my head up and keep my head on straight. Stay focused and keep working. He emphasized putting the time in at the rink and, eventually, you will be rewarded for it all. Stay focused and don’t lose of the fact of why you are here. You are here for a purpose and to represent your country. He also said to have fun and enjoy it.”

The 6-foot-1, 199-pound forward has seen his game grow over the past few months after making the transition from Midgets to the United States Hockey League.

“Speed. It’s a lot faster. Guys are stronger and plays happen a lot quicker,” he explained on the difference. “Corners are tougher to go into. It’s just a faster game overall. I watched my little brother play and it’s like, wow. I can’t believe I played at that. It’s such a big jump.

“I have always been a grinder. I’m starting to learn the finesse part of the game where you make a play. I’m shooting the puck more lately. I think that’s one of my strengths. That’s the most improved part of my game — learning how to take the shot and get it off. I’m trying to work hard.”

One of Fiegl’s favorite things to do when it comes to off-ice workouts is practice shooting the puck. His goal is to someday have a shot similar to former Avs forward Sakic.

“I love the shooting range,” he said. “That’s my favorite part about here — knowing we have a spot to stick handle, and I go up there after practice and work on my hands. That’s always been a weakness of mine, and shooting the puck upstairs — it’s a lot of repetition.

“Sakic was my favorite and I loved his shot. I want to have a shot like him.”

Fiegl had an eye-opening experience on Friday, March 22 when the squad went to Misericordia (http://www.misericordia.com/) in Chicago, a home for children and adults with developmental and physical disabilities, before playing at the Chicago Steel on March 23.

“It was great to go and help out,” he said. “It’s a disabled facility to create opportunities for the disabled. We played floor hockey with them. Everyone was smiling and so happy. It really opened your eyes and made you think how fortunate you are to get up every day, go to the rink and put your skates on.”