With Sabres’ Promotion, Rolston is Latest NTDP Coaching Alum to Take the Next Step 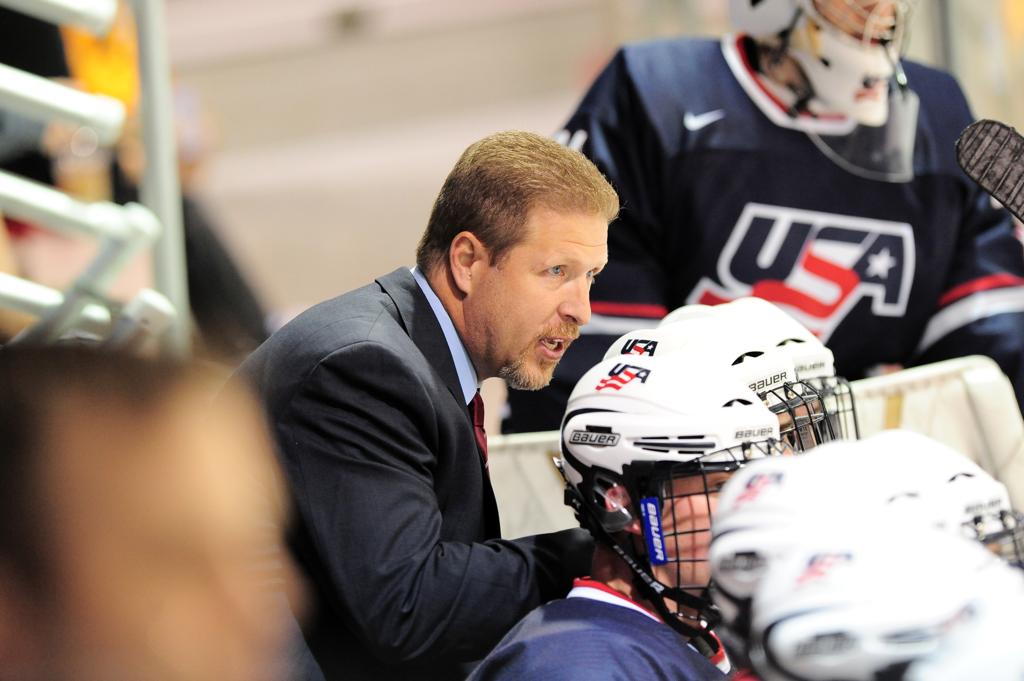 History was made on Feb. 20, when Ron Rolston became the first former U.S. National Team Development Program coach to be handed the reigns to an National Hockey League team, in his case the Buffalo Sabres.

Since its founding in 1996, the NTDP has become well known for developing U.S. players, including current NHL stars such as Patrick Kane, Phil Kessel, Ryan Kesler and Jack Johnson. Rolston’s promotion with the Sabres highlights a less visible goal for the program.

“That is one of the overall goals for our coaches, it’s the same goal as our players — we want them to achieve their long-term objectives,” said Scott Monaghan, NTDP senior director of operations. 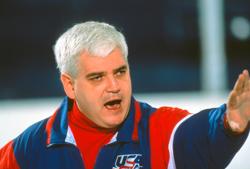 Jackson was an instrumental figure in the first years of the NTDP. Photo courtesy of USA Hockey.

For Rolston, getting the Sabres’ job was the culmination of 20 years of coaching, including seven years from 2004-11 that he spent with the NTDP in Ann Arbor, Mich.

Whether NTDP coaches follow Rolston’s footsteps to the NHL or they go the way of original NTDP coach Jeff Jackson, who has built a strong program at Notre Dame, or maybe they go a completely separate direction: that’s all part of the plan.

Ask those who have stood behind the bench at the Ann Arbor Ice Cube — or those who stand back there now — and they agree that the NTDP offers a unique incubator for coaches as well as players.

“You play internationally, then you play league games and college games,” said Danton Cole, the current NTDP Under-17 head coach. “You are changing rules and tactics, plus the time we get to spend with the guys in a lot of different situations. This spot opens you up to that, and to a lot of good coaches and good people in hockey. There is a lot of interaction that way. I think it’s an unbelievable place to coach and to learn.

“The other thing is we are free to try a bunch of different stuff. If we want to twist things up, we are free to do that and see if it works with our team. We can definitely experiment. From a coaching standpoint, it is a pretty remarkable place and a lot of fun.”

That was part of the dream when Jackson was named the national coach and senior director of the newly formed NTDP on June 7, 1996. The goal of program was to prepare student-athletes under the age of 18 for participation on U.S. National Teams and success in general on and off the ice.

“For any coach to go into an environment with elite development of players and helping players understand what it takes to get to the next level, it’s the process of getting to focus on player development and physical development, and most importantly, emotional and mental development,” said Jackson, who coached the NTDP from 1997-2000. “These are crucial areas for development of players. From a coaching experience, you are dealing with players of that caliber and dealing with their age and maturity, growth as players and as a people as the most important part as our development as coaches. When I started the program, I came from college hockey and I remember dealing with kids, putting them into environment of not just hockey but to develop as people as well.” 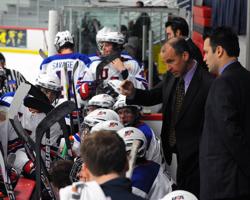 Granato and Fohr lead their squad at the Ann Arbor Ice Cube. Photo by Tom Sorensen.

In his second season with the NTDP, U-18 head coach Don Granato said he sees this as part of his coaching development.

“You are taking a player and a team while the players are young, the team is young. As a coach, that is a real challenge,” Granato said. “I think it’s great. Of all the games and all the years I have coached, there is a different challenge here and it’s very useful. They are not men yet. You really see the incremental parts of development. That has been really neat.”

When Jackson first started the program, he viewed the NTDP as a training ground for young coaches.

That success is apparent in the hockey world. Former NTDP coaches are currently coaching or working in the NHL, AHL, ECHL, and in college hockey. Patrick Foley, who played with the NTDP from 2005-07, became the first NTDP player to come back to Ann Arbor to serve as a NTDP assistant coach. He is now is an assistant coach at Northeastern. Another former player, John Wroblewski (2007-10), spent three seasons as an NTDP assistant coach before earning an opportunity to take over as the coach of the ECHL’s Gwinnett Gladiators.

“At the time, you don’t appreciate what you necessary come into; it was my first coaching job [at the NTDP],” Wroblewski said. “I alternated back and forth between Ron Rolston and John Hynes, and Coach [Tim] Taylor was there as well. I had three premier coaches — one from a different era and two up and coming coaches to work with. I was able to take away how passionate they were and their willingness to come in to work and challenge and accept each day as the gift it was.

“The overall mantra of how to plan a practice and have everything down pat on how the practice will flow, where the pucks will be placed, and the quickness or slowing down of each drill. It was everything a young coach could be involved in; it was an unbelievable melting pot to be a part of.” 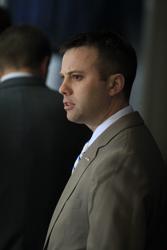 Greason was recently named NESCAC Coach of the Year. Photo by Tom Sorensen.

Another great example of this development is former NTDP assistant coach Matt Greason (2009-11), who is now coaching Division III Trinity College in Connecticut. Greason, who led his team to the conference semifinals, was named the New England Small College Athletic Conference (NESCAC) Coach of the Year on Feb. 28.

“The NTDP has some great resources and the best support staff,” said Greason, who began as a grad assistant. “The structure of play and to be able to coach hockey, watch video and take part in skill development while at the same time working on your coaching. The resources are second to none; it’s hockey every day and it’s fun and so special.”

Perhaps the most underrated aspect of coaching at the NTDP, current and former coaches say, is the opportunity to work with each other. Current NTDP assistant coaches John Gruden (U-17s) and Nick Fohr (U-18s) said they are appreciative of the collaboration that takes part between the staffs and the opportunity to learn and grow from others.

He added: “What’s kind of neat with the way the staff works here — I share the office with John [Gruden] and if I have a question about something he is right here and we get up on the board and diagramming stuff, or we can talk to Don or Danton. We end up collaborating. A lot of staffs there are only three as in college; here there are six of us. There are more minds to pick and more relationships to build.”

The development also takes place within the goaltenders as part of the Strelow National Goaltending Mentoring Program, which is run by NTDP goaltending coach Mike Ayers. The goal of the program, which is modeled after the NTDP blueprint, is to institute a consistent nationwide goaltending program to recruit, develop and produce elite goaltenders. Ayers, who is in his second season with the NTDP, learned many of the ropes from former NTDP coach Joe Exter (2007-11).

“Being around Joe and incorporating the Strelow camp, that alone was a huge building block for me,” Ayers said. “Being around the coaches and learning from them. For instance, in drills, to be around them and learn from them, it’s great. It was a way for me to branch out and broaden my horizons. Each day, I learned something different which is great in the position that we are in trying to help kids reach their ultimate goals.”

National Team Development Program Coaches - Where Are They Now?