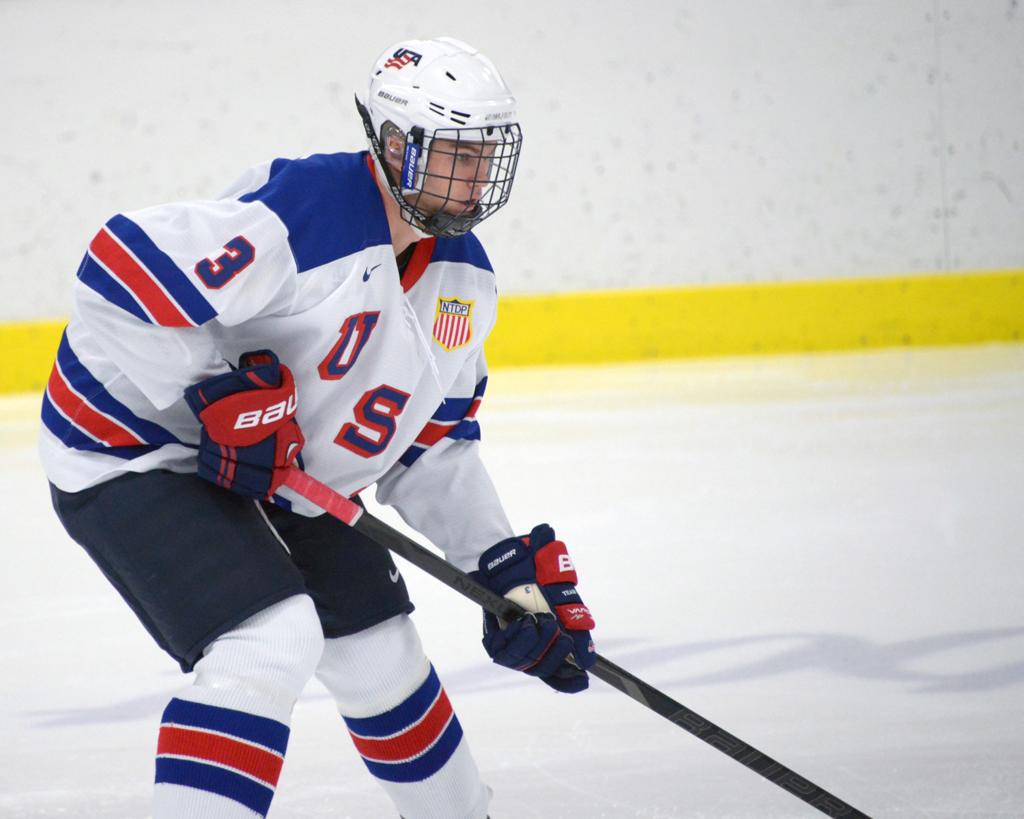 Savage looks back fondly on the first international trip to Russia as a team. Photo by Tom Sorensen.

Some might find it hard to imagine that a teenager would want to move from sunny Southern California to wintery Ann Arbor, Mich.

Yet for Scott Savage, the decision to leave his home in San Clemente, Calif. to play for the USA Hockey's National Team Development Program in Ann Arbor has so far been a dream.

“It was the best decision I made so far in my hockey career,” he said. “I was glad I was given the opportunity to play here [at the NTDP]. What you are provided here, it’s already better than anywhere else.”

The 6-foot, 168-pound defenseman has seen his game grow during his two seasons in Ann Arbor. Savage tallied two goals and 10 points in 44 games in 2011-12 as a member of the U.S. National Under-17 squad. This season, he has one goal and seven points in 47 games while playing a college schedule in addition to United State Hockey League and international play. 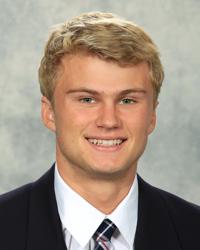 Savage will move even farther from home to join Boston College next year. Photo by Dave Reginek.

“Playing as a member of the U17s in the USHL was a big step, but you get used to playing against bigger, faster and stronger guys,” he said. “You have to do everything at a higher pace. This year, playing against colleges, you have to raise it to a higher bar.

“I have learned to play with bigger guys and do everything quicker. I learned if you make a mistake against a D-I team, the puck is going to be in the pack of your net. You have to make sure that you are playing strong and not making too many mistakes, or it is going to cost you.

It should be no surprise that there are two memories that stand out in Savage’s mind from his tenure with the NTDP.

“My favorite college game was probably beating Michigan,” he said of the 5-3 win over the Wolverines on Jan. 4, at Yost Ice Arena. “That was a great experience this year. It was a packed house. We had a strong game and it was fun to beat them.

“Our first trip to Russia was definitely my favorite memory overall. It was our first trip overseas and we really came together as a group. To win, it was huge. It was weird — our first time overseas and we don’t know what to expect. We go in and it’s hard to play against Russia in their building. After we won the final game, everyone was relieved and so excited. It was the first time we got to hear the national anthem at the blue line. It is something that you will never forget.”

That’s what makes wearing the USA sweater so special for Savage.

Savage hopes his experiences from the NTDP will help him when moves on to Boston College next year.

“As a freshman, [the NTDP players] are the only guys who have played D-I games, so it kind of gives you an advantage going in,” he said. “You are not as nervous, and you know going in what to expect. It gives you experience that not everyone can get.”

After already moving about 2,300 miles from San Clemente to Ann Arbor, Savage will play his college hockey about 3,000 miles from home. What does his family think of Savage playing so far away?

“They are kind of bummed,” he said. “It’s a six-hour flight, but for me, being from California, you are going to get on a plane either way. You might as well fly the six hours. I fell in love with the city of Boston, and if I got the opportunity, I wanted to go there, and I did.

“I love how you get a campus feeling, but just a short distance down the road you have the city of Boston. That mixture of the school campus and the city kind of hit home for me.”