Player Feature - MacInnis Steps Out of His Dad’s Long Shadow 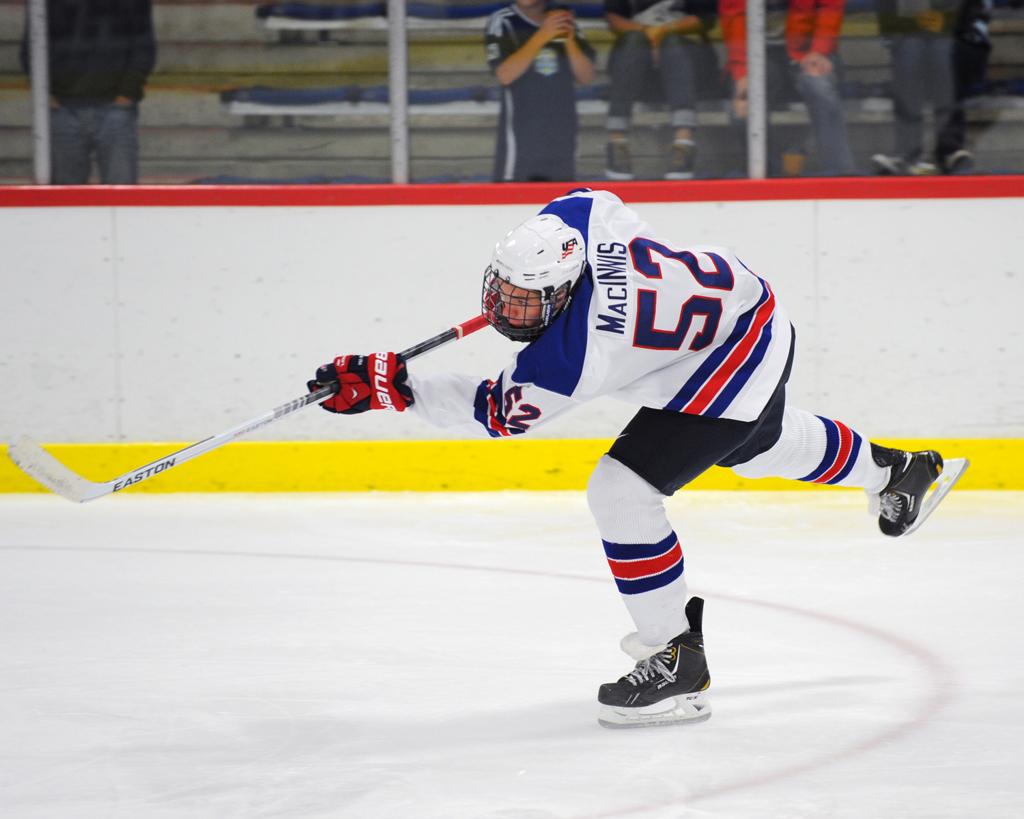 Yet Al’s son Ryan MacInnis, a U.S. National Under-17 Team forward, has worked to step out of that shadow and carve his own identity. Case in point: Al MacInnis was known for his rocket of a shot that he released from his defenseman position on the blue line. Ryan MacInnis, meanwhile, is a 6-foot-3, 161-pound forward. 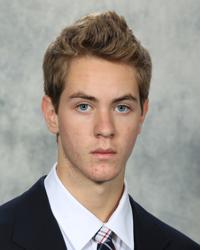 MacInnis started playing hockey when he was 4. Photo by Dave Reginek.

“I chose to be a forward so I wouldn’t have that comparison,” he said.

Though to be sure, Ryan isn’t exactly running away from his dad’s legacy.

Thanks to his dad, the younger MacInnis started playing the sport when he was 4 and fell in love with it almost immediately. Al has since been there to help — and push — Ryan every step of the way.

“I liked skating around and going fast. It was fun,” Ryan said. “He was hard on me and pushed me.”

Al later served as Ryan’s coach for seven years, too.

“It was hard. He would yell at me more than anyone else, but it was fun,” Ryan said. “I got to spend a lot of time with him. The best advice he gave me was, ‘If you are going to practice, practice hard because practice doesn’t make perfect, perfect practice makes perfect.’ He used that a lot.”

In fact memories like that stick out to Ryan much more than his father’s stories NHL career. Ryan grew up in the St. Louis area, where his dad spent his final nine NHL seasons. But he doesn’t remember much about his dad playing.

“I remember going to Blues games with my family,” he said. “I was really young, so I don’t remember seeing him or watching him. There were a bunch of us. They had a shinny hockey rug in the middle of the floor [in the locker room]. After games, if they won, all the kids would go down and play shinny hockey while they got undressed.”

These days, a friendly rivalry has developed in the MacInnis house. Al wore a red Maple Leaf jersey twice for Canada in the Olympic Winter Games (1998, 2002). On the flip side, Ryan dons the red, white and blue of the United States.

“It’s means everything,” Ryan said. “It’s even better that my dad wears a Canadian jersey and the rivalry we have between the countries, especially when it came to the World Juniors this year.”

Ryan says he dreamed of playing for the National Team Development Program, and that he jumped on the opportunity to come to Ann Arbor, Mich. Although it has been a transition playing in the United States Hockey League and playing three international tournaments, he is enjoying it.

“It was a big jump from the U16s to the USHL,” he said. “Obviously, you are playing here with all the best kids in the country. It gets a little bit easier. It’s hard to get used to not being at home, but that goes away pretty fast.”

As Ryan and his teammates prepare for their final international tournament of the season, the Five Nations Tournament in Finland (currently being played this weekend), he said he is looking forward to having another opportunity to play international competition.

Plus, a victory at the Five Nations Cup means another opportunity to stand with his teammates as the American national anthem plays.

“Standing there with all the boys is a great feeling,” he said. “Hearing and singing the song; I love it.”