Player Feature - Everything is Coming Together for Larkin 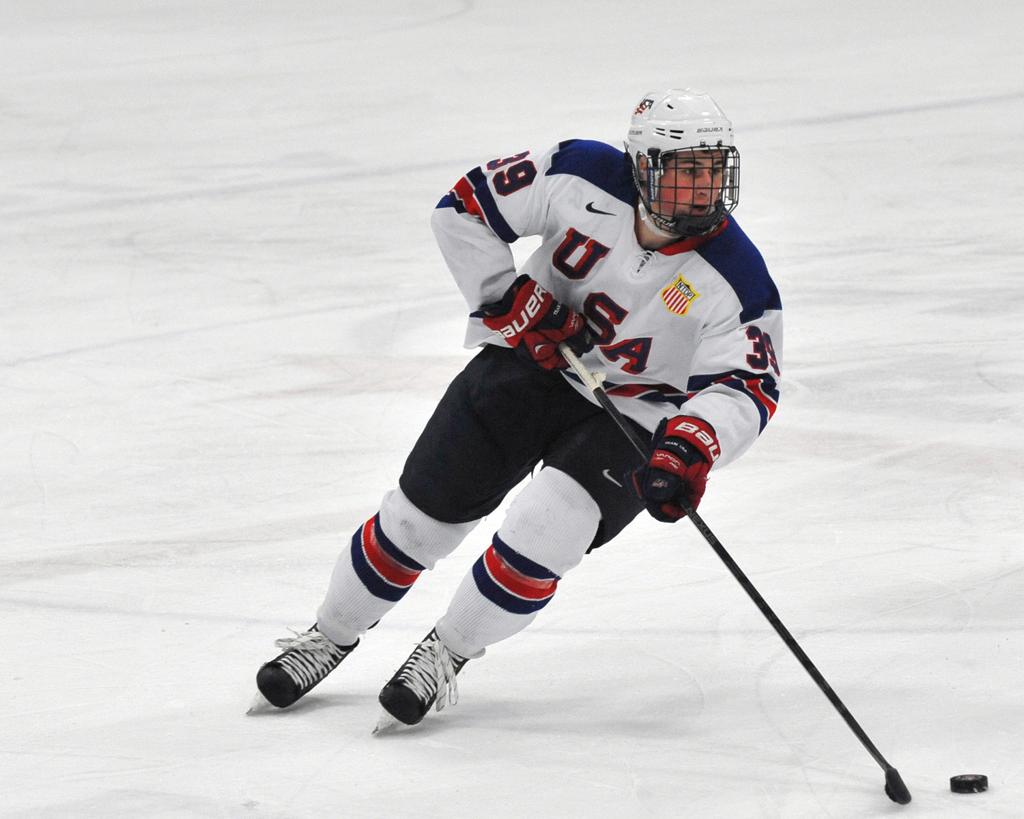 Larkin points to his experience at the 2013 World Under-17 Challenge as moment everything clicked. Photo by Tom Sorensen.

For Dylan Larkin, the World Under-17 Hockey Challenge in Quebec was that “ah-ha” moment when everything started to click — the schedule, the workouts and the games — with the National Team Development Program.

“It was tough [early on]; I didn’t really feel the payoff until the World U17 Challenge,” the U.S. National Under-17 Team forward from Waterford, Mich. explained. “Mentally, I realized that it really pays off, and I need to keep going.”

Team USA played seven games in eight days in Quebec, including an exhibition game. The squad placed third at the Challenge after beating Canada's Team Quebec, 4-3, on Jan. 4. For Larkin, the tournament was fun, and there was a “little” highlight for him: the 6-5 shootout victory over Canada's Team Ontario in the opener on Dec. 29. 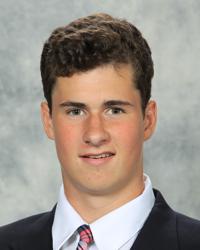 Larkin started playing hockey to emulate his brother (Colin, now in the NAHL) and cousin. Photo by Dave Reginek.

“It was fun,” he said after posting two goals and adding five assists to finish third among the team in points. “If you didn’t have your best game, you had the next night to go back out and prove yourself. It was a great tournament and one of the highlights of my career so far.

“Beating Team Ontario definitely [was a highlight]. Growing up in Detroit, you play against those guys such as the Toronto All-Stars. It was great beating them.”

The 6-foot, 172-pounder loves wearing the red, white and blue colors of his country.

After playing for the Belle Tire Midget Minor team in 2011-12, Larkin was excited to get the opportunity to move to Ann Arbor and join the NTDP. Going in, he knew it wouldn’t be an easy transition, yet he has already recorded seven goals and 18 points in 33 games this season.

“It was huge. You do as much as you can to prepare for it,” he said. “Growing up in Detroit, you don’t really see too many USHL games so you have no idea what to expect. I worked out this summer and tried to prepare. It was a hard adjustment.”

Larkin began hockey when he was 3 years old. More than anything, he wanted to follow in his older brother Colin’s footsteps. Colin Larkin is now playing for the Michigan Warriors of the North American Hockey League.

“My brother and older cousin played, and I follow them,” Dylan Larkin said. “My dad and uncle just put us out. I learned how to skate around.

“My family [was my early hockey role models]. They pushed me along; they have been through it. It’s about having fun at an early age, the enjoyment of playing and the friendship it builds.”

As Larkin and his teammates gear up for two home games this weekend (Thursday vs. Indiana and Saturday vs. Sioux City) and the upcoming Five Nations Tournament in Finland in early February, one thing is for certain: this team wants to continue to improve.

“Every day, we want to try, get better and keep working on things,” explained Larkin. “In the USHL, it is another thing. It helps you get better. I want to push myself more for Finland. We want to go there and win that tournament. It is going to be Sweden, Russia, Czech Republic and Finland there.”

This could be just the beginning of extended success for Larkin. After all, he is finally figuring it out.