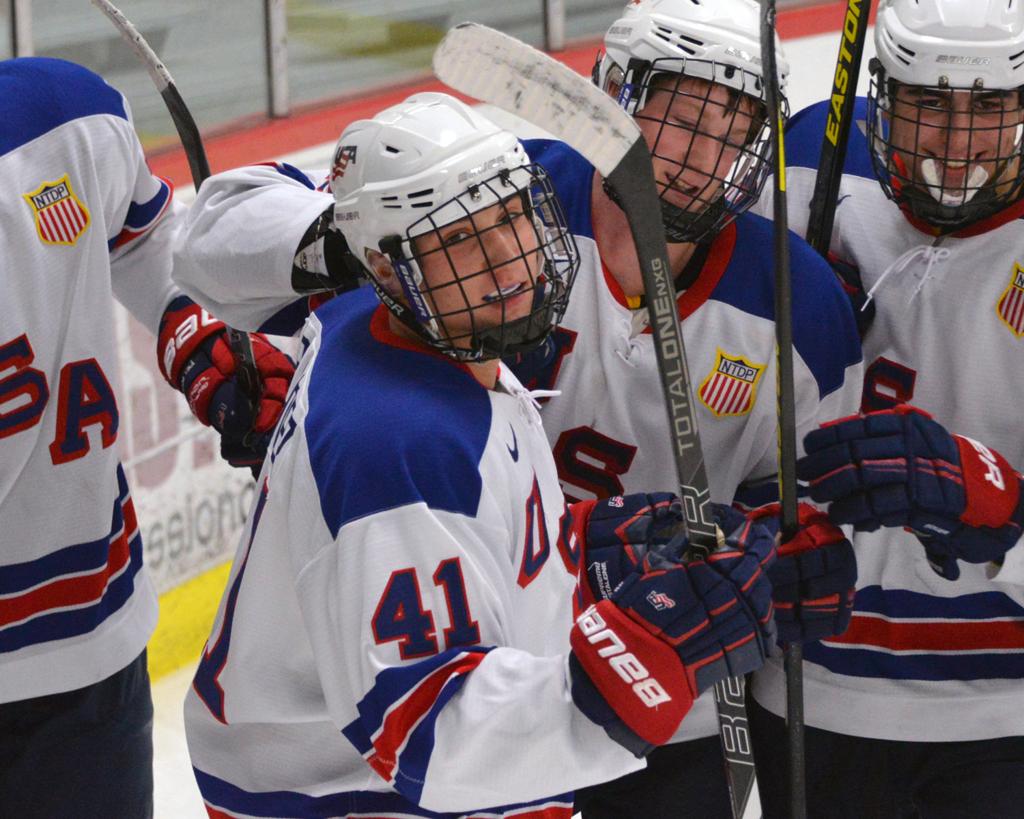 Ever since he started playing hockey, Nathan Billitier has found a home on the blue line.

“I like playing the defensive game,” the U.S. National Under-17 Team blueliner said. “When you are a defenseman, you can see the entire ice and get to make plays. I really like it.”

That comfort on the blue line has been there ever since the Spencerport, N.Y., native began playing hockey — almost by accident — when he was 3 years old.

“I started playing in a funny way,” Billitier said. “I started at my dad’s friend’s house. I started shooting pucks in the basement and I really liked it. His son played hockey. He was about four years older.

“Once I started playing, I just loved the game. No one in my family played hockey. I’m the only one. My parents were happy for me. They have supported me in anything I have wanted to do.”

After playing for the Rochester (N.Y.) Stars Junior A Team one year ago, Billitier jumped at the opportunity to come to Ann Arbor and play for Team USA. In 19 games this season, he has two goals and three points. 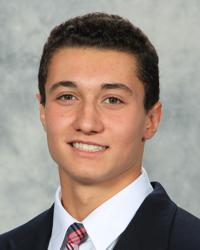 Billitier looks forward to the upcoming World U17 Challenge. Photo by Dave Reginek.

“I played last year in the EJHL [Eastern Junior Hockey League]; it was a fast-paced game there, but it was even an up in the level here,” he said. “It took some adjustment, but I’m starting to feel comfortable now.”

In addition, Billitier gives plenty of credit to U17 coach Danton Cole and assistant coach John Gruden for helping him reach that comfort level on the ice.

“Coach Cole and Coach Gruden do a great job teaching me everything,” Billitier said. “I know I need to simplify my game — that’s the biggest thing.

“Coach Gruden is a great guy. He helps me with everything and teaches me.”

When it comes to international play, the 5-10, 169-pounder is becoming an expert in the roll. He experienced his first taste at the 2012 Youth Olympic Games last January in Innsbruck, Austria, before playing in the 2012 Four Nations Tournament in Switzerland this past November.

“It was a wonderful experience,” he said of the trip to Austria, where Team USA fell short of the medal stand. “I got to meet people from different countries. It was tough the way that everything panned out, but it was a great experience. We had a great time up there.”

That experience helped him when the U17s traveled to the Four Nations Tournament. That experience turned out a little sweeter: Team USA claimed the tournament title.

“The Four Nations Tournament was awesome,” Billitier said. “The boys played well. We got together and won all the games. There is no better feeling than hearing the national anthem playing on the blue line at the end of the day.

“Beating Russia [to win the title]. In Austria, we played them twice and lost both games. It was great to get some payback; it’s always nice to beat the Russians.”

As Billitier and his teammates close out the first half of the 2012-13 season against Muskegon on Friday, another big event slowly creeps into his mind — the World Under-17 Challenge in Drummondville and Victoriaville, Quebec, which runs from Dec. 29, 2012, through Jan. 4, 2013.

“It’s going to be awesome,” Billitier said. “It’s the same thing as playing against Russia. It’s nice to get a crack against the Canadians. It will be an awesome experience and, hopefully, we will come out with some wins too.

“It means the world to me. It’s an honor to be playing for my country and wearing the red, white and blue. It’s great to wear the jersey.”