Minney Thrives in the Line of Fire 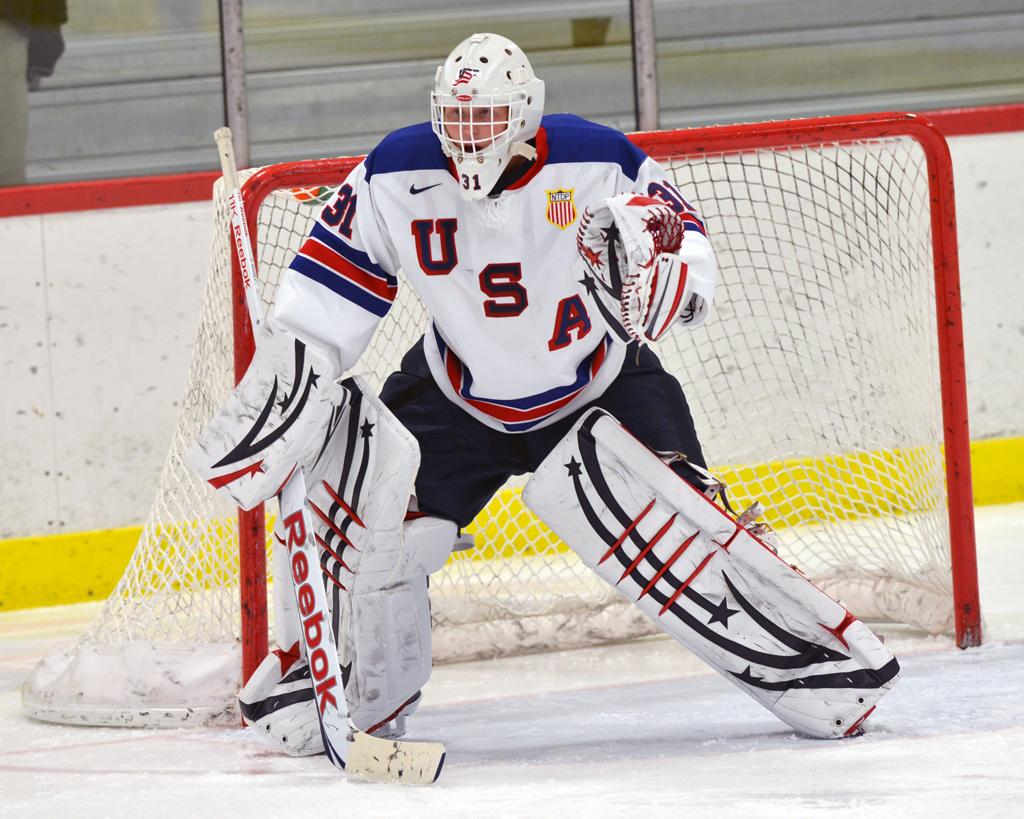 Edwin Minney relishes the opportunity to play against older competition in the USHL. Photo by Tom Sorensen.

Earlier this month, the U.S. National Under-17 Team goalie was called on to stop Russia in a shootout during the Four Nations Tournament in Monthey, Switzerland.

“I had never been in a shootout before, so to have my first shootout against Russia, I was pretty scared going into it especially for that first shot,” Minney said. “I made those saves and, lucky for me, we had two pretty good forwards score on their shots. That was a huge win; that was probably the most exciting win I have been involved with.”

Minney, who finished with 22 saves — including stopping both Russian shooters in the shootout — admits the game was one of the most fun games he has ever played in.

“When we tied it 2-2, everyone was excited. We came out and had a really good third period, except for a couple of penalties that killed us late in the frame. When it was 4-4 coming into overtime, it was like: here we go. Going into the tournament, we knew Russia was going to be our biggest game. We kept saying, ‘We have to win this.’ We almost scored a couple of times in overtime. And my first time ever being in a shootout — I was excited to get the win.”

Minney had been dreaming of playing in a game like that since he started playing hockey as an 8-year-old.

“When I was growing up in Georgia, we had a minor league hockey team in our town — the Columbus Cottonmouths,” Minney said. “I used to go watch them play. There was no youth hockey there; I grew up playing street hockey.”

Minney started playing ice hockey after moving to Columbus, Ohio, where he played forward. The transition to goalie began during his first year playing Bantam. 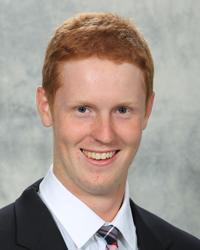 Edwin Minney stars for Team USA between the pipes. Photo by Dave Reginek.

“I kind of wanted to be a goalie, but my parents wanted me to learn how to skate,” he said. “Obviously, where I was playing in Columbus, there were enough goalies so I didn’t get to play. When I moved to Pennsylvania, there was an opening on our school team. I started playing on our school team for a year and then, started playing travel hockey after that. That’s when I realized what I wanted to do — I wanted to be a goalie.”

That decision helped Minney get all the way to Ann Arbor and the National Team Development Program — an opportunity he relishes.

“It’s an honor. I never thought that one day I would be wearing [the USA jersey],” said Minney, who is 6-4 and 200 pounds. “I was hoping that one day, I might eventually get to put one on. Everyone dreams about it. To be able to put it on every day, it is crazy. It’s such an honor, and I’m blessed to be a part of it every day.”

Minney continues to work hard to improve every day. He knows that is necessary to keep up with the older player in the United States Hockey League and college teams.

“It was a huge jump,” he said. “Going from playing a bunch of 15- and 16-year-olds to playing against 20-year-olds. It was crazy. With the workouts and everything we do to prepare, I feel I am getting more and more comfortable playing at this level.”

It also helps that he works with NTDP goaltender coach Mike Ayers on the “little things” to improve his game.

“We are working on footwork and being more in control of my movements and rebound control,” Minney said. “I have been working on the mental game as well with Dr. (Larry) Lauer.

“I have given up a couple goals this year where the shot hit the glass or the board and bounced out and the other team scored. I never thought that was going to happen once, let alone multiple times. For about 15 minutes, the other day, we worked on bank shots and working on rotating and sliding down, instead of getting turned around trying to find it. That was definitely different.”

As Minney and his teammates return to USHL action this week, one thing is for certain: the squad will look to build off their success at the Four Nations.