Hendrickson nets a pair and Musser stands tall in win 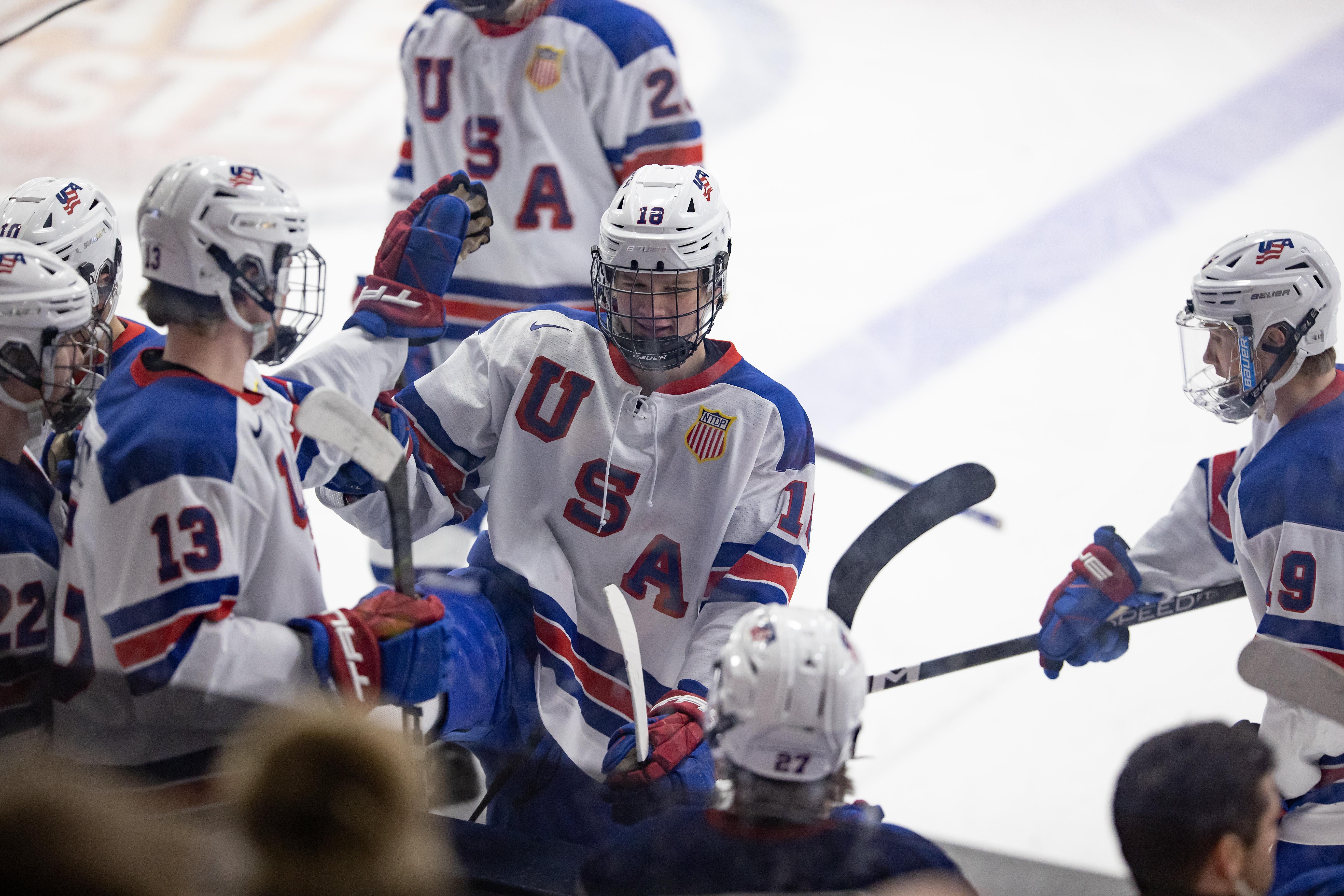 Hendrickson kicked off scoring with a wrist-shot from the slot 5:53 into the contest. He took a feed from Ryan Fine (Center Moriches, N.Y.) and fired past a screened Owen Say to make it 1-0 on Hendrickson's sixth goal of the year.

Team USA doubled the lead less than two minutes into the middle frame as Hendrickson converted on the power play to earn a multi-goal game, his second of the season. Aram Minnetian (Woodcliff Lake, N.J.) found Fortescue down the left wing where he fired from the left faceoff circle. Hendrickson got a stick on it in front to deflect past Say for a 2-0 lead.

Halfway through the middle stanza, Mercyhurst found the back of the net on the power play to cut Team USA’s lead in half.

Perreault restored the two-goal advantage with his 26th score of the season at 13:48 of the second. After he took a feed from Fortescue, Perreault's first shot was denied but he followed up and popped his second attempt into the cage to make it a 3-1 ball game.

The U18s added another right before the second-period buzzer as Minnetian ripped a shot from the right circle for his fifth tally of the season. Danny Nelson (Maple Grove, Minn.) won the offensive-zone draw back to Fortescue, who shifted the puck to Minnetian for the 4-1 lead.

Ryan Leonard (Amherst, Mass.) Team USA's third power-play goal early in the final period of regulation. After some back and forth passing from linemates Perreault and Will Smith (Lexington, Mass.) to bring the puck into the offensive zone, Leonard sent his wrister to the back of the net to push the lead to 5-1.

Smith added one of his own, his 22nd of the season, off a nice set-up from Kai Janviriya (Bloomfield Hills, Mich.) just shy of the midway mark of the third.

Team USA netminder Carsen Musser (Sherburn, Minn.) made 18 saves on 19 shots in the 6-1 victory to pick up his ninth win of the season.

The U18s play a pair of games in Wisconsin next weekend before returning home on January 28 to take on the Dubuque Fighting Saints at USA Hockey Arena. Tickets are available by visiting the USA Hockey Arena box office or calling 734-453-8400.