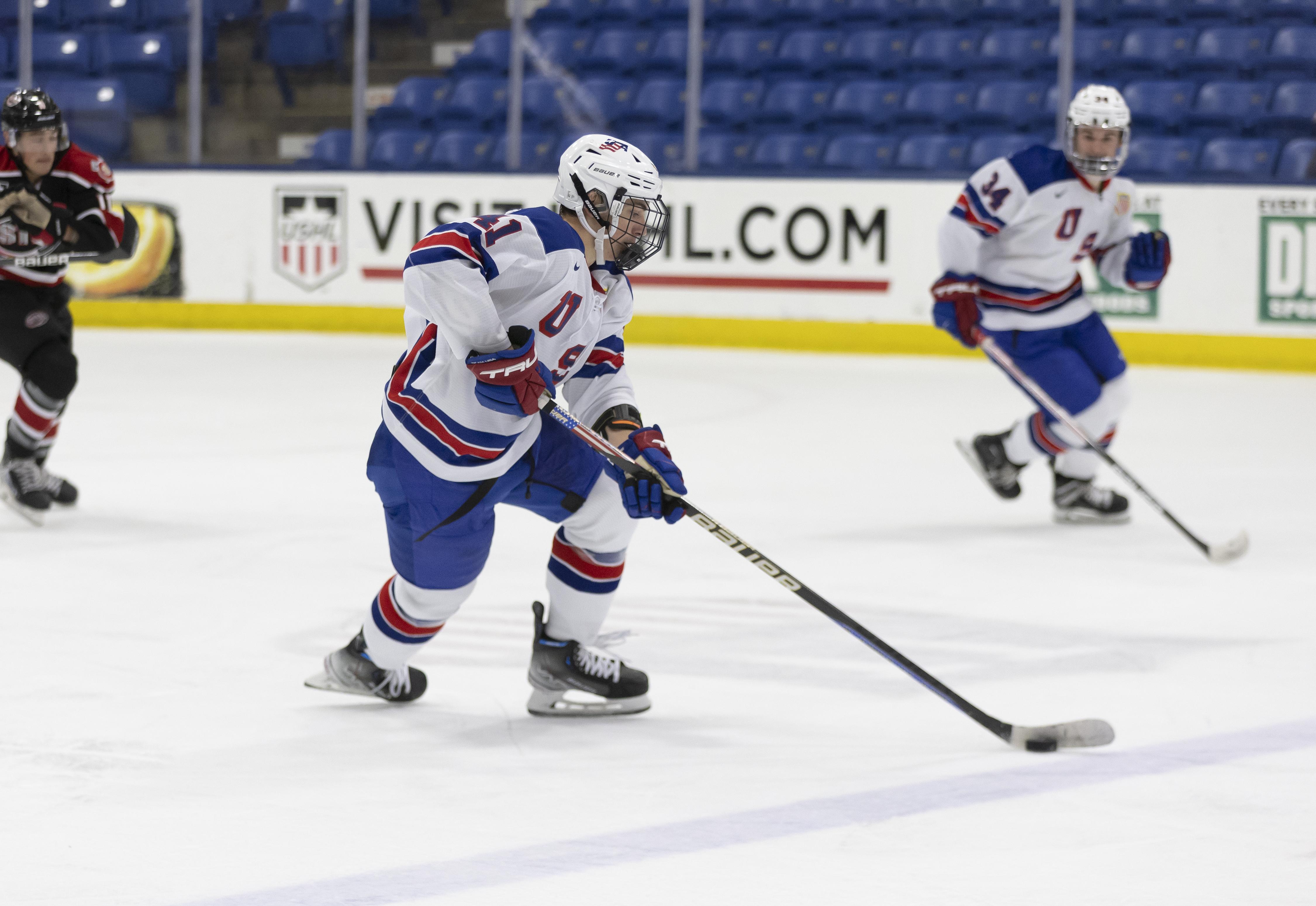 YOUNGSTOWN, Ohio – The U.S. National Under-17 Team fell to the Phantoms, 4-3, Friday night inside the Covelli Centre. Brodie Ziemer (Hutchinson, Minn.) netted the game-tying goal late in the third, but Youngstown answered to take the win.

Early in the first, Austin Baker (White Lake, Mich.) won a defensive zone puck battle on the boards and sauced it over to Cole Eiserman (Newburyport, Mass.). After a moment, Eiserman fed it right back to Baker on the wing who was all alone with Phantom netminder Colin Winn and broke the game open, 1:40 into the frame.

The Phantoms tied things up near the halfway mark after Blake Bechen sent one through from the slot.

Play teetered back-and-forth in the middle frame but it was Youngstown who broke free and took the lead. Tory Pitner found Jake Rozzi down low and finished off the goal in front.

Team USA quickly answered to put things back even nearly two minutes later off the twig of Eiserman, his 31st of the year. Kamil Bednarik (Elmhurst, Ill.) kept the puck in the zone and spun around for a shot on net. Eiserman halted the puck in front of the crease and found an opening for the goal. Kristian Epperson (Mequon, Wis.) nearly put the U17s up with a breakaway opportunity but was gloved by Winn.

Just like the period before, the first half was scoreless before Youngstown’s Hunter Price backhanded the tie-breaker with 8:59 to go.

In the closing minutes, Team USA tied the game up with help from Ziemer. Off an offensive zone draw, a mishandled puck fell onto the tape of Bednarik who tapped it to Ziemer in front of the crease for the tap in.

The tying goal wasn’t enough though as Youngstown answered just :41 seconds later to take the game, 4-3.

The Under-17 Team will finish out their road series tomorrow against the Phantoms at 7:00 p.m. ET and can be streamed live on FloHockeyTV.