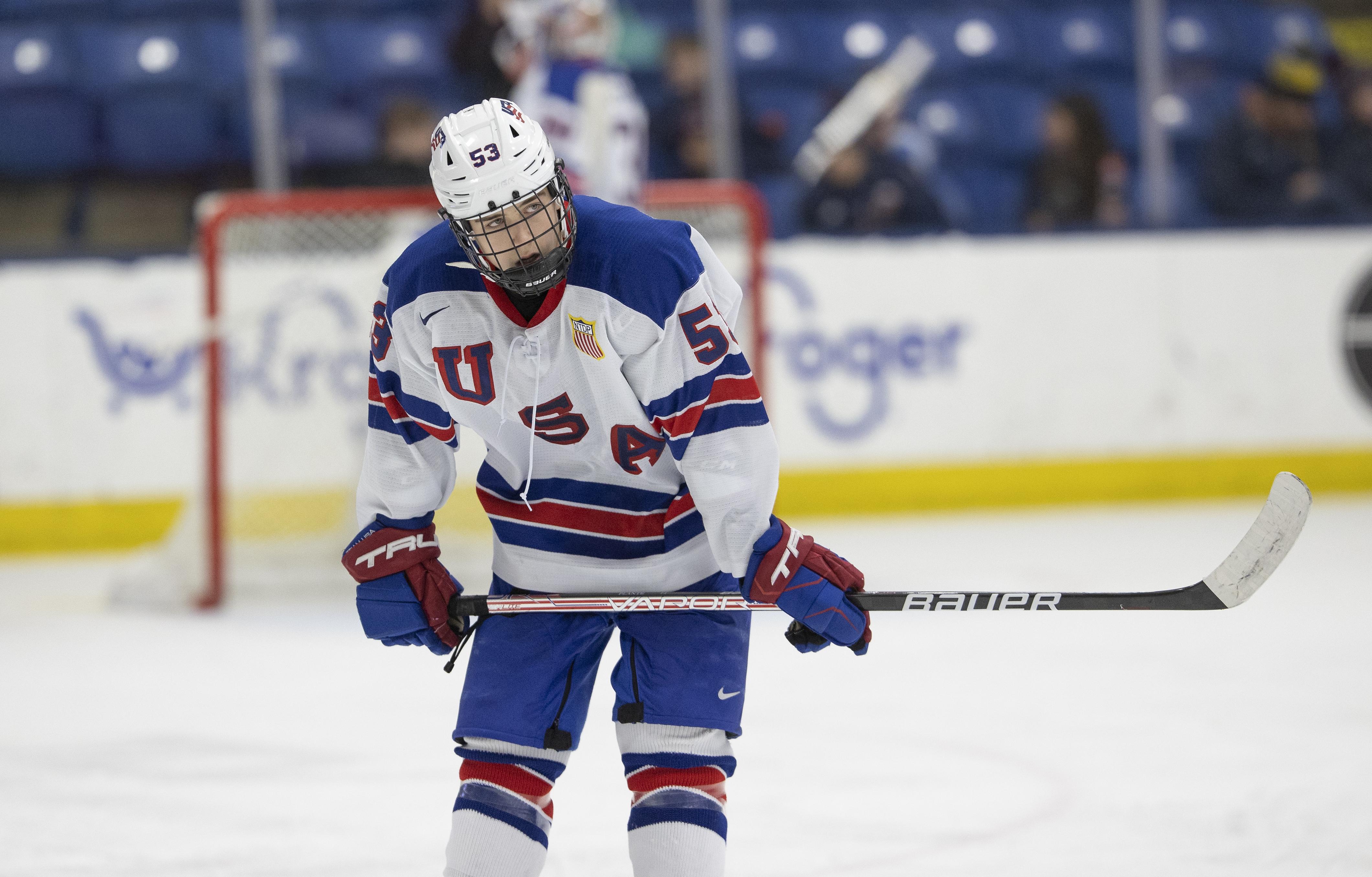 The Phantoms came out of the gate quick, netting the first goal of the game 4:10 into the period. Youngstown's Kenta Isogai was at the top of the crease on a 3-on-1 opprotunity and cleaned up a pass for the lead. The U.S. nearly broke their scoring open with 8:50 left in the first after Kristian Epperson (Mequon, Wis.) fed the puck to Teddy Stiga (Sudbury, Mass.) who found Christian Humphreys (Pittsburgh, Pa.) back door. The good chance was denied by Youngstown’s starting netminder Jacob Fowler to keep it 1-0. Youngstown put their second on the board with 4:29 left to go off the tape of Youngstown forward Kuzma Voronin.

The Phantoms made it a three-goal game :25 seconds into the middle frame after Brandon Svoboda redirected a shot in front of the goal. Another good look on net from the U.S. was stopped by Fowler passed the midway point of the period. Brodie Ziemer (Hutchinson, Minn.) carried the puck into the zone and found James Hagens (Hauppauge, N.Y.) streaking on the wing for the initial shot. Cole Eiserman (Newburyport, Mass.) was trailing and swatted at the rebound before the goaltender froze it. Shortly after though, the Phantoms tallied their fourth of the game with 8:16 to go.

The U.S. got on the board in the third to cut their deficit to three, 3:40 into the period. A pass bounced off the net and McMorrow pushed it through with a scramble of bodies in front while Fowler was trying to get his glove on it. A lengthy discussion from the officiating crew commenced on whether the puck past the goal line, but was deemed a goal.

The Phantoms netted back-to-back goals in the span of 1:10 near the halfway mark to extend their lead to five. The U.S. gave one final push to grab their second goal of the game but came up short and fell, 6-1.

The Under-17 Team returns to the Covelli Centre tomorrow to wrap up their weekend series against the Phantoms. Puck drop is slated for 7:00 p.m. ET and will be streamed live on FloHockey.