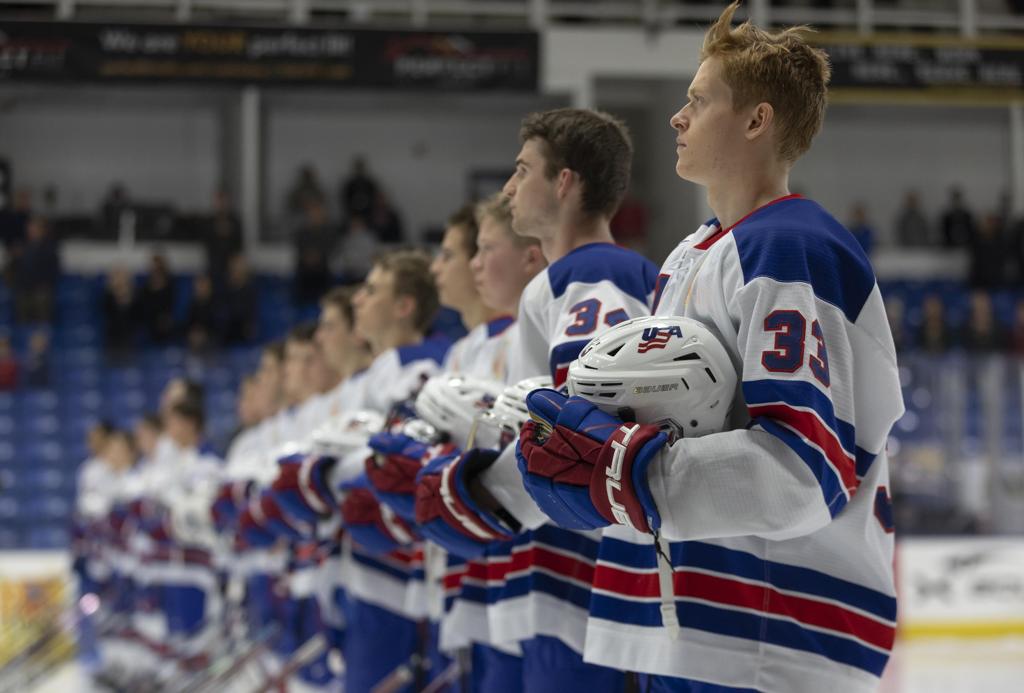 PLYMOUTH, Mich. - For the first time since 2019, USA Hockey’s National Team Development Program Under-17 Team will head to the World Under-17 Hockey Challenge. The event runs from Nov. 3-12 in Langley and Delta, British Columbia.

This marks the first international tournament for the U17s, but first-year head coach Nick Fohr has experience at the World Challenge, serving as an assistant coach for a first-place finish in 2014 and a second-place finish in 2012.

The U17 squad is very excited to go and represent Team USA in their first international experience as a team. Forwards Max Plante and James Hagens cannot wait for this first experience as it has been circled on their calendars for a few weeks now.

“I’m really excited,” said Plante, a native of Hermantown, Minnesota. “I haven’t played against another country. Our team is really excited. It will really hit home when we play that first game against Finland.”

“It’s an honor to put on the USA jersey and play against other countries for the first time,” said Hagens, a native of Hauppauge, New York. “It will be cool to play against kids our own age. It will be a fun experience and different than what we have been doing so far.” 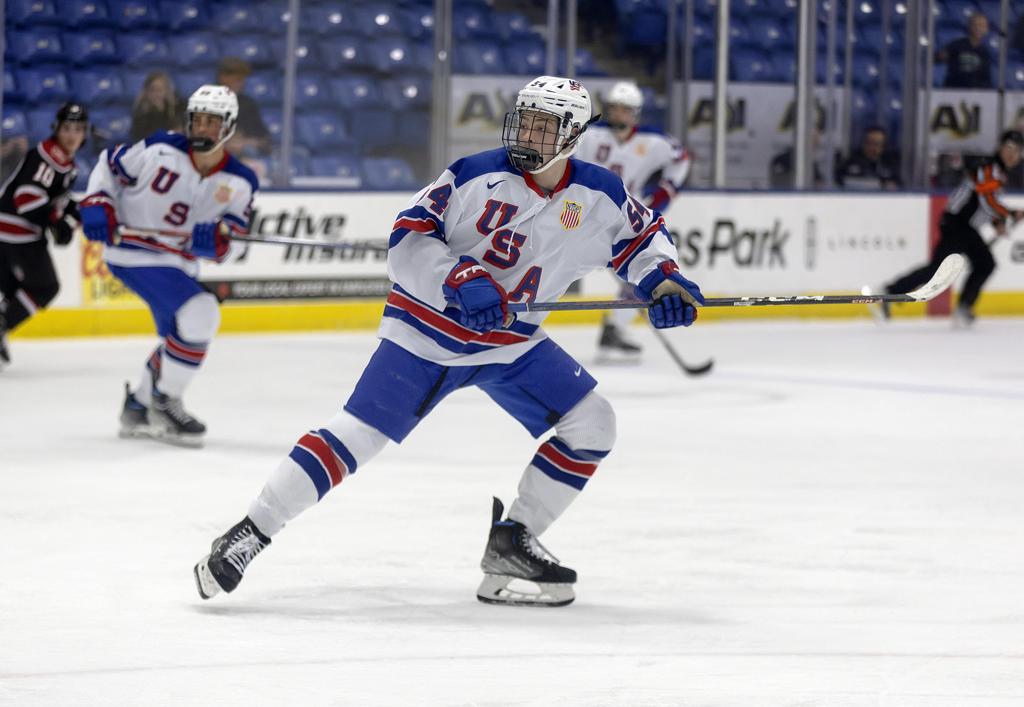 Seven teams will compete in this year’s tournament: Team Canada Black, Team Canada Red, Team Canada White, Czechia, Finland, Sweden and the United States. Each team will play six preliminary-round games between Nov. 3-11, with the top four teams in the standings advancing to the medal round. The medal games will take place on Nov. 12.

“With the challenge being a round robin this year, each game is very important,” Fohr said. “We have already discussed as a team, being in the moment and worrying about the game in front of us. We cannot dwell on what happened in the past. With only two teams coming out to play for the gold and two teams for the bronze, it really makes each game that much more important.”

Team USA opens play against Finland on Nov. 3. With the new format, Fohr understands what the team needs to do to have success.

“We have three games in three days and six games in eight days,” he said. “The tournament isn’t won by one or two players, rather, it takes a team effort to win. That is what I’m excited for. Hopefully, our team will be ready, and our depth can step to the forefront.” 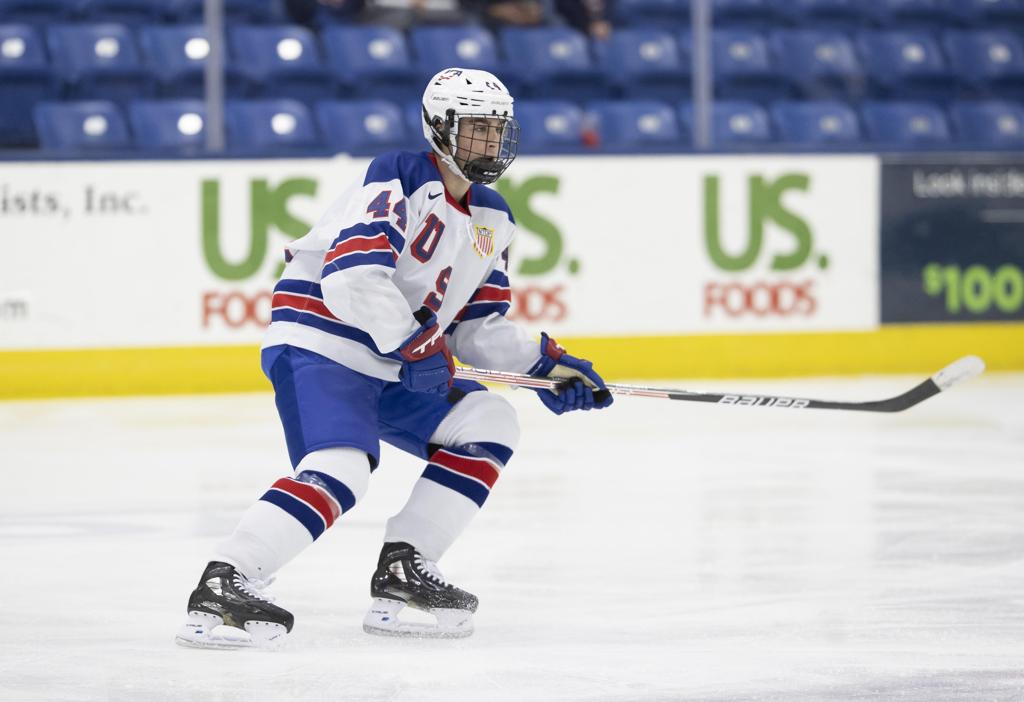 For the players, wearing the USA jersey brings some extra incentive to earn that tournament win. Defenseman Noah Lapointe knows how much pride goes into wearing the jersey.

“It means so much to wear the jersey,” the Hinsdale, Illinois, native said. “I’m truly honored to just wear the crest. It’s amazing. The first time we line up against Finland, it will take on a new meaning. It’s the first time we get to prove ourselves to the other countries.”

Hagens sees the significance in the colors of Team USA and how much it means to him.

“When you come to the rink, you have to stop and think how cool it is to wear the sweater every day,” he said. “Even when we work out, we see that USA logo.”

The U17s head into the World Challenge with a 5-4 record but have won two straight games. Fohr said the start of the season has been a good learning experience for the players.

“The first eight weeks have been good to help develop our identity as a team,” said Fohr. “We are continuing to work on that skill development piece, especially the extra things that we might see in a tournament setting [3-on-3, 4-on-4, penalty kill, power play].

“Our players have learned a lot and have come a long way since they arrived back in late August. They are so motivated to get better.”

Lapointe offers that perspective on how the USHL and the NTDP practice has shaped his game.

“Playing against kids in the USHL, they are stronger, faster, and older,” he said. “It really helps tune us up for when we play kids our age. I think we can have an edge.”

Plante — whose dad Derek suited up for Team USA at the World Junior Championship in 1991 and several world championships (2000-02) — has seen the team concept more and more each day.

“We are starting to play more as a team,” he said. “Earlier in the season, we were all over the ice. We are better as a team now.”

“It will help after playing the USHL games, especially since the players are bigger and stronger. Going against kids our own age, we have the mental aspect we want to beat these guys.”

For Hagens, who currently ranks second on the team in scoring with 14 points, he can see how the team is finally coming together heading into this first international break.

“Every game we have played so far has brought our group together,” he said. “Coach Fohr is big on making sure you are enjoying the game and putting 100% effort both on and off the ice, in the weight room and in the public eye. It’s an honor to wear the jersey every single day. You want to do the right things to represent the program and team.” 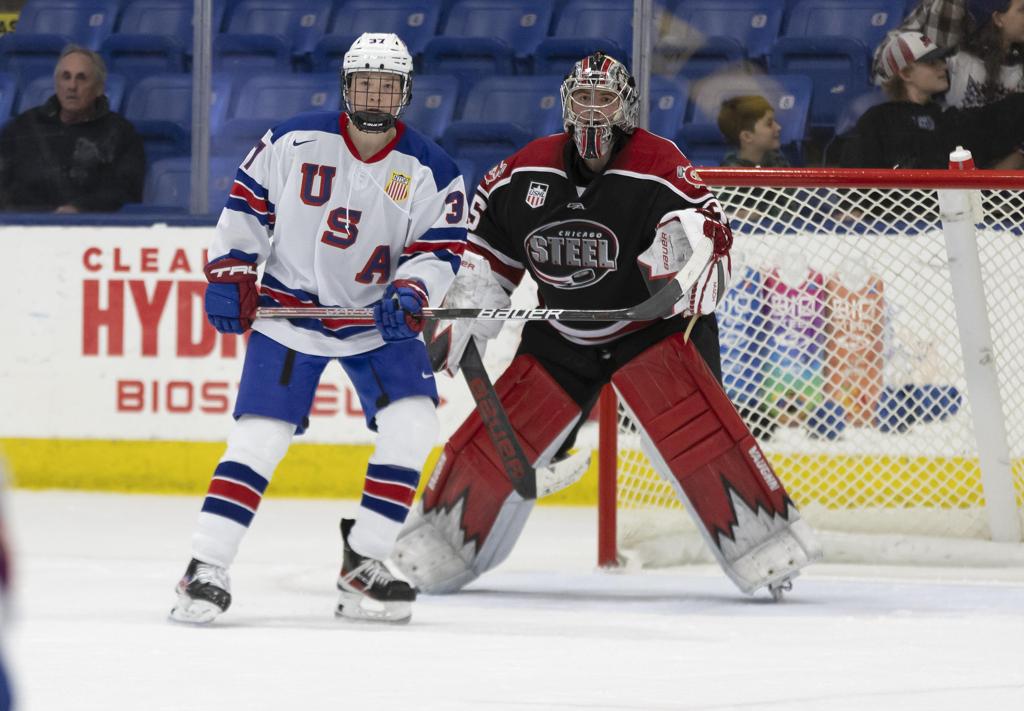