The award, given annually, is presented to the NHL Draft-eligible player who "best exemplifies commitment to excellence through strength of character, competitiveness and athleticism" and is named for former NHL Director of Central Scouting, EJ McGuire, who passed away from cancer in 2011. 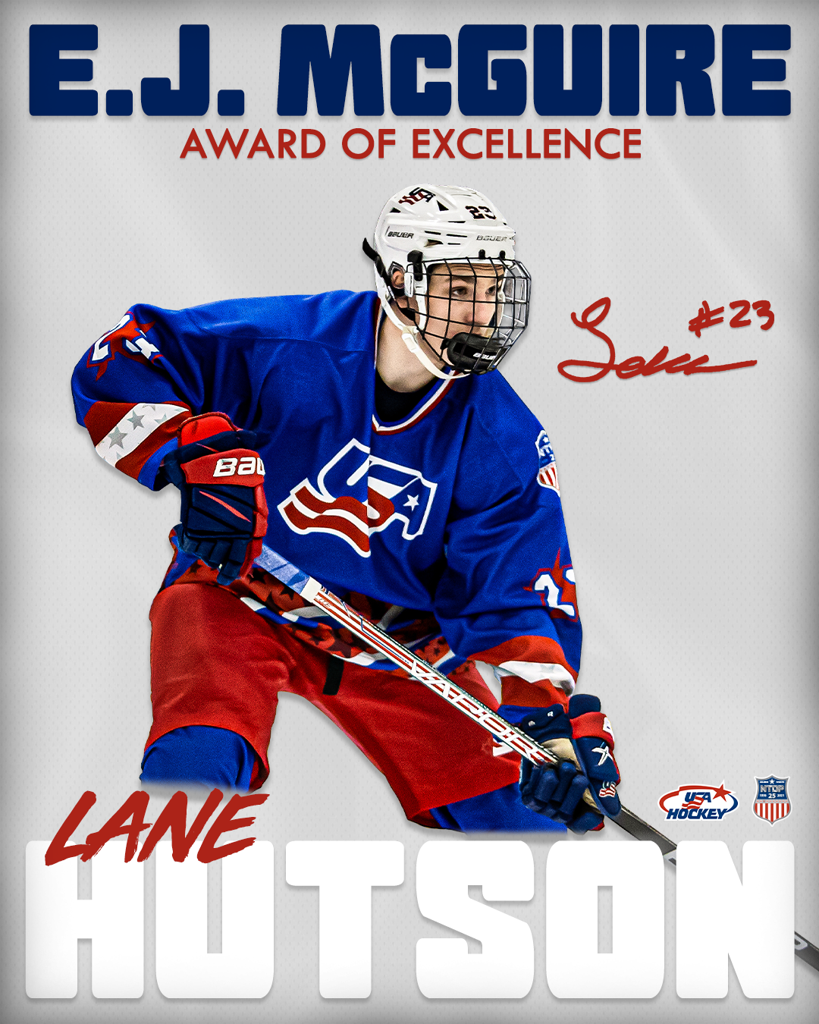 “I’m honored and grateful to receive this year’s EJ McGuire Award of Excellence," said Hutson on Monday. "I’m proud to represent the character that the award entails and join a great list of people and players who have won this honor before me.”

"Lane is a kid that won't be denied, he just works constantly," said Nick Fohr (Grand Forks, N.D.), Hutson's associate coach at the NTDP for the past two seasons. "He's got things to overcome in most people's eyes, and that's his size, and there's one way to do it: outwork everyone else. And that's something he does, it's special."

The left-shot blueliner recorded 10 goals and added 53 assists for 63 points in 60 games with the U.S. National Under-18 Team this season, giving him the second-most points by a defenseman in NTDP history. Across his two seasons in Plymouth, Mich., Hutson's 90 points ranks fourth best all-time by a defenseman in program history, second-most among two-year players.

"On the ice, he makes his teammates better," continued Fohr. "He finds ways to get them pucks when most players typically can't. In the locker room, he's a little quieter. But the guys listen to him because he's gained so much respect for his work ethic on the ice."

Hutson was an integral part of the 2022 U.S. Under-18 Men's National Team that won a silver medal at the 2022 IIHF Under-18 Men's World Championship in Germany earlier this spring. The Chicago-area native recorded eight points, all assists, en route to being named the directorate award winner as the tournament's top defenseman as well as to the media all-star team. At the conclusion of the tournament, he was named one of Team USA's best three players  for the second consecutive year.

After the draft and end of the summer, Hutson will begin his collegiate career as a freshman at Boston University.