Season kicks off with USHL Fall Classic on September 24-25

PLYMOUTH, Mich. - USA Hockey's National Team Development Program, in conjunction with the USHL, has announced its 2022-23 USHL regular season schedule. The campaign kicks off for Team USA on September 24-25 as the U18s head to Pennsylvania for the USHL Fall Classic to take on the Omaha Lancers and Waterloo Black Hawks. 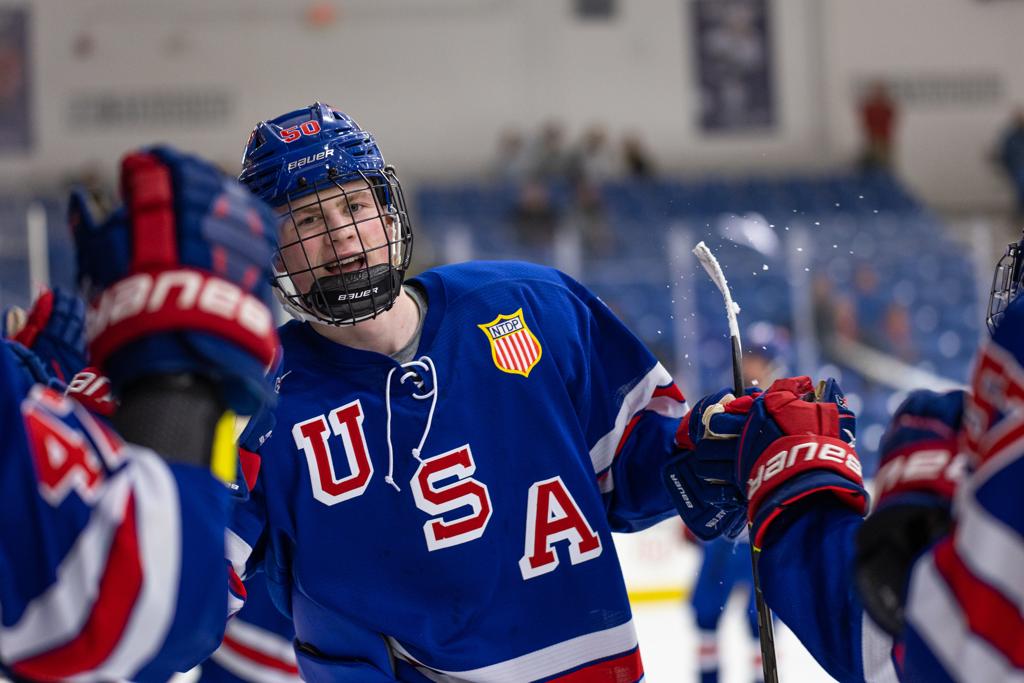 Team USA will play a 62-game schedule that will be regionally based, meaning that both the Under-17 and Under-18 Teams will only play teams from the USHL's Eastern Conference. The lone exception will be at the USHL Fall Classic in Cranberry Township, Pennsylvania, where the U18s will square off against Omaha and Waterloo from the Western Conference.

Team USA's full USHL schedule can be found in the table below.

Individual-game tickets for all Team USA home games will go on sale Monday, July 18 at 9:00 a.m. ET. Group, flex pack, suite and season tickets for the 2022-23 season are available NOW by calling the USA Hockey Arena box office at 734-453-8400 or emailing tickets@usahockeyarena.org for more info!

I-80 RIDE
Team USA and the Youngstown Phantoms will continue to be more than familiar with the ride down I-80 between USA Hockey Arena and the Covelli Centre. The NTDP and Phantoms are scheduled to play an opponent-high 12 contests against each other for the season; an even split of six at each location.

HOME COOKING
Team USA will enjoy an early season nine-game combined homestand between both the U17 and U18 Teams from October 14 - November 23. The U17s take the first three contests of the stretch, including the USHL home opener on October 14 when they host the Chicago Steel.

LUCKY 13
Team USA will play 13 USHL games in the month of March, the most in any calendar month of the season. Only four of those games will come at USA Hockey Arena as the two teams will visit Green Bay, Madison, Muskegon and Dubuque throughout the month.

ROAD TRIPPIN'
Both the Under-17 and Under-18 National Teams will have a five-game road trip throughout the season. The U18s will travel to Green Bay, Madison and Muskegon from March 3-17 while the younger squad hits the road right after to visit Green Bay, Dubuque and Madison from March 17-April 2.

Details for all 62 games are listed below. All games, times and locations are subject to change. Individual game tickets will go on sale on July 18, 2022. For the best guaranteed ticketing options, season, group and premium seating packages are now available. Call the USA Hockey Arena box office at 734-453-6400 to get yours today.