"We are excited for our 2022-23 NCAA schedule and another great year of college hockey at USA Hockey Arena," said Scott Monaghan, USA Hockey's assistant executive director for the NTDP and USA Hockey Arena. "We know that these are some of the games our fans look forward to the most, and with the increasing talent across college hockey, they will get to see some great action."

College Series tickets are on sale now at the USA Hockey Arena box office! Purchase the full series bundle for just $75, savings of over 30% on individual game tickets. Call 734-453-8400 to get yours today! 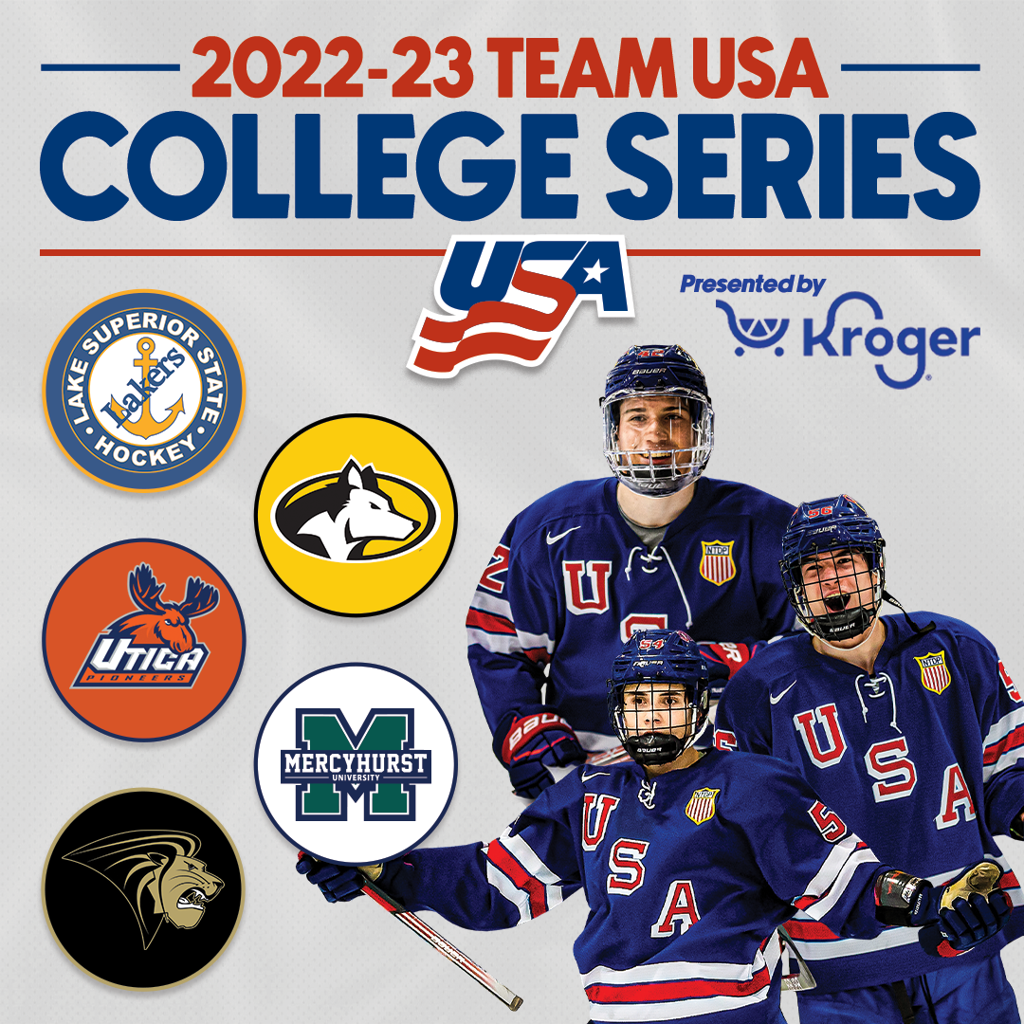 The U18s will open up the college slate when they host the Lake Superior State Lakers on Friday, October 7. The Lakers advanced to the 2021 NCAA Tournament and have three NCAA championships in school history.

Michigan Tech will visit USA Hockey Arena the following day (Oct. 8) to give the U18s a pair of home collegiate contests to open the season. The Huskies have reached the NCAA Tournament in four of the past eight seasons, including a postseason trip this year, and have won the title on three different occasions in team history.

The series continues when the Utica Pioneers get to town for a tilt on Saturday, December 10. The NTDP and Utica College have faced off for five previous games in program history, the latest in February 2021 when the U17s traveled to Central New York for a pair of contests.

Mercyhurst University makes its way to Michigan for a Saturday evening game on January 7. Since joining the Division I ranks in 1998, the Lakers have qualified for the NCAA Tournament three times. The NTDP will be looking for its first ever win over Mercyhurst, going winless in the first three matchups of the series.

Team USA closes out its slate with a pair of contests against Lindenwood University on February 24 & 25 at USA Hockey Arena. The Lions, based in St. Charles, Missouri, have won four ACHA Tournament championship and the 2022-23 season will be its first competing at the Division I level. The pair of games will be the first ever matchups between the NTDP and Lindenwood.

More information about the college schedule is available by visiting the Kroger College Series homepage or by calling the USA Hockey Arena box office at 734-453-8400.