Fohr has served on NTDP coaching staff for past 11 seasons

PLYMOUTH, Mich. – Nick Fohr (Grand Forks, N.D.) has been promoted to head coach at USA Hockey’s National Team Development Program, it was announced today by USA Hockey. He will become the 16th head coach in NTDP history and will lead the U.S. National Under-17 Team for the 2022-23 campaign.

Fohr, 44, has spent the past 11 seasons on staff with the NTDP, serving as associate coach for the past five years. He began his tenure with USA Hockey as an assistant coach prior to the 2011-12 season, a capacity he served in until his initial promotion.

“We are extremely proud to be able to promote from within our organization as we’ve seen firsthand what Nick is capable of,” said Scott Monaghan, assistant executive director at USA Hockey for the NTDP and USA Hockey Arena. “Nick brings great experience, passion and knowledge and we are excited to have him as our new head coach.” 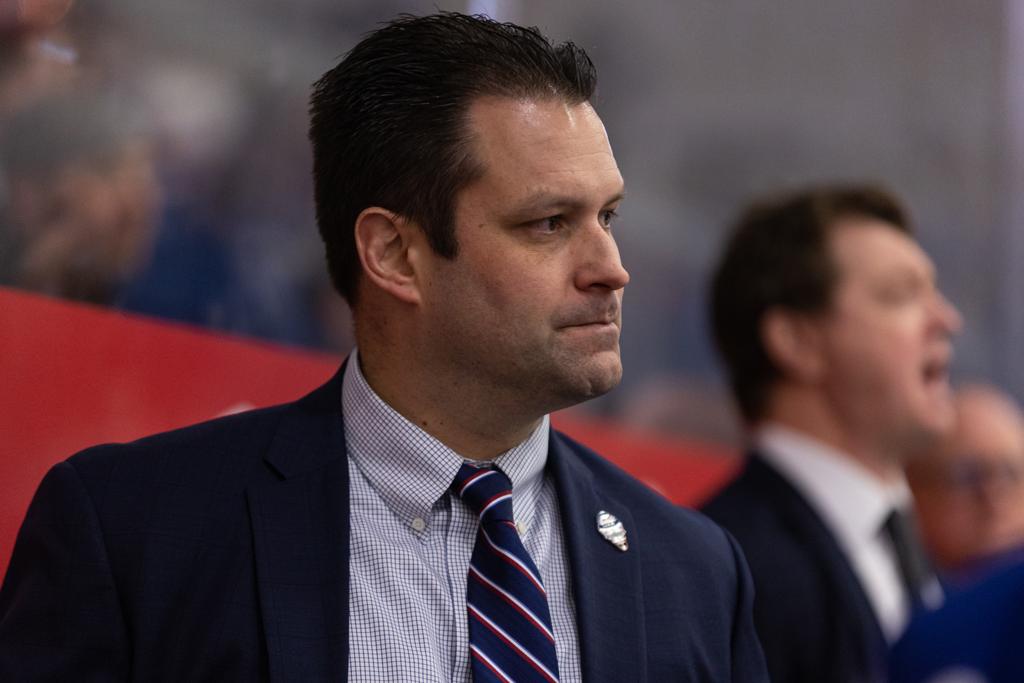 In addition to serving on the NTDP coaching staff, Fohr has represented the U.S. on the international stage six times, most recently as an assistant coach for the 2022 U.S. Under-18 Men’s National Team that won a silver medal in Germany. He also helped lead two gold-medal teams (2015 and 2017) teams and two silver-medal squads (2013 and 2018) at the IIHF Under-18 Men’s World Championship.

“It is an honor for me to be named head coach at the National Team Development Program,” said Fohr. “I know how high the standard has been set and I’m excited to be able to continue the great coaching tradition at the NTDP. I’d like to thank Scott Monaghan and Pat Kelleher for putting their trust in me, as well as all the coaches I’ve learned from during my time with USA Hockey.”

Fohr has been responsible for helping develop defensemen during his time at the NTDP. His work with blueliners includes the likes of Zach Werenski, Will Butcher, Charlie McAvoy, Quinn Hughes, Mattias Samuelsson, K’Andre Miller, Jake Sanderson and Brock Faber, who have all gone on to represent the United States internationally after their time with the NTDP.

Prior to joining USA Hockey, Fohr worked four seasons (2007-11) as an assistant men’s ice hockey coach at the University of Nebraska-Omaha and previous to that was the school’s director of hockey operations for three years (2004-07). Before returning to his alma mater, he served as assistant men’s ice hockey coach at Miami University during the 2003-04 season.

Fohr will begin his duties immediately after he fills the vacancy left by Adam Nightingale, who accepted the head coach position at Michigan State University earlier this week.

What They're Saying About Nick Fohr

Don Granato, Head Coach, Buffalo Sabres
“Nick is a great choice. His experience relative to the entirety of the national team program makes him really valuable. He has a mind for hockey and development and I think if you asked any head coach who has worked with him previously, they’d tell you what a great coach he is. He relates extremely well to players, families and just people in general; he has the unique ability to keep people aligned; and he also manages through difficult situations really well. I couldn’t be happier for Nick and his family and wish him nothing but the best.”
Coached with Fohr at NTDP (2011-16)

Seth Appert, Head Coach, Rochester Americans
“I’m thrilled for Nick to have earned this opportunity. His knowledge of NTDP history and culture, along with his understanding of player development, are invaluable. He has been instrumental in winning international medals and developing NHL players over the last decade.”
Coached with Fohr at NTDP (2017-20)

Zach Werenski, D, Columbus Blue Jackets
“I loved playing for him. I went from AAA hockey to the NTDP and I learned more from him my 17 year than really any other year in my hockey career. He’s a really smart guy and he’ll be a great head coach at the NTDP.”
Had Fohr as assistant coach while at NTDP (2013-14)

Charlie McAvoy, D, Boston Bruins
“With my time at the NTDP, he taught me so many lessons and helped me grow into the player I am today. He’s a great teacher and really meant a lot to me and still does today. He’s a tremendous human being and someone who really cares about you both as a player and a person; that was especially important during those very formative years I was at the NTDP. I consider myself really lucky to have had him as my coach.”
Had Fohr as assistant coach while at NTDP (2013-15)

Jake Sanderson, D, Ottawa Senators
"Seeing Coach Fohr every day at the rink for two years and seeing his positive attitude that he brought, win or loss, motivated everyone on our team to bring that same attitude as well. He is someone everybody looked up to because he was very personable with players and we could go to him to talk about anything without feeling uncomfortable.”
Had Fohr as assistant coach while at NTDP (2018-20)