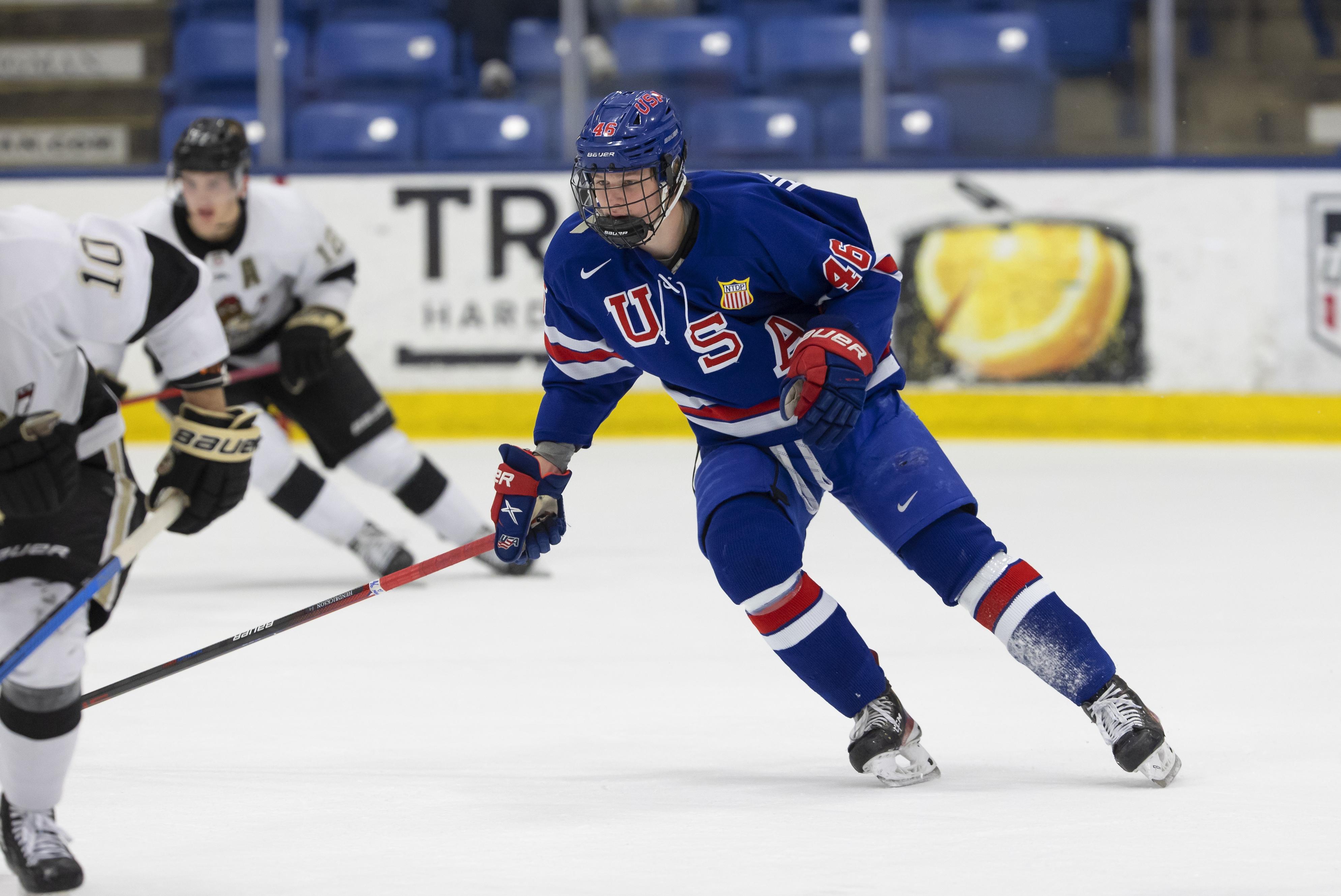 Team USA looked to make late period pushes in order to take the first lead of the game. Aram Minnetian (Woodcliff Lake, N.J.) went coast-to-coast with 4:39 remaining, but was tripped up in front of the crease by Chicago’s defensive line.

Through the first 20 minutes of action, Carsen Musser (Sherburn, Minn.) keep the game even at 0-0, making nine saves on nine shots. In his efforts, Musser made two incredible saves on point-blank shots from in the slot.

With the final two minutes winding down, the Steel got on the board first with a power-play goal scored by Jackson Blake from the slot off an easy feed from Jack Harvey.

Danny Nelson (Maple Grove, Minn.) setup Gabe Perreault (Hinsdale, Ill.) with a one-on-one in the final six seconds of the period with the hope of tying the game. Perreault, just before the crease, had the puck poked off his stick by a Chicago defenseman.

Coming out of the intermission, the Under-17 team wasted no time getting back into this game. Charlie Cerrato (Fallston, Md.) fired an open shot on the Steel’s netminder Christian Manz and as it deflected into open ice, Fortescue was there to clean it up and put it away.

As the game remained pretty even in strength between the two teams, Chicago eventually took back the advantage, 2-1, with 3:44 left to play. Jake Livanavage dropped the puck back for Andon Cerbone for a quick wrist shot into the net.

Not ready to give up the fight, Gracyn Sawchyn (Chaska, Minn.) maintained the puck in Team USA’s offensive zone for a shot that caused scramble in front of the net. Finding the puck in the mess, Hendrickson tapped it in and sent the game to overtime.

In the overtime period, despite numerous chances from the U17s, Chicago’s Jayden Perron was able to secure the 3-2 victory.

The Under-17 team closes out their USHL regular season schedule with a home-and-home against the Youngstown Phantoms. Team USA will host on April 22, before heading to Ohio on the 23rd. Both games are set for 7 p.m. ET.