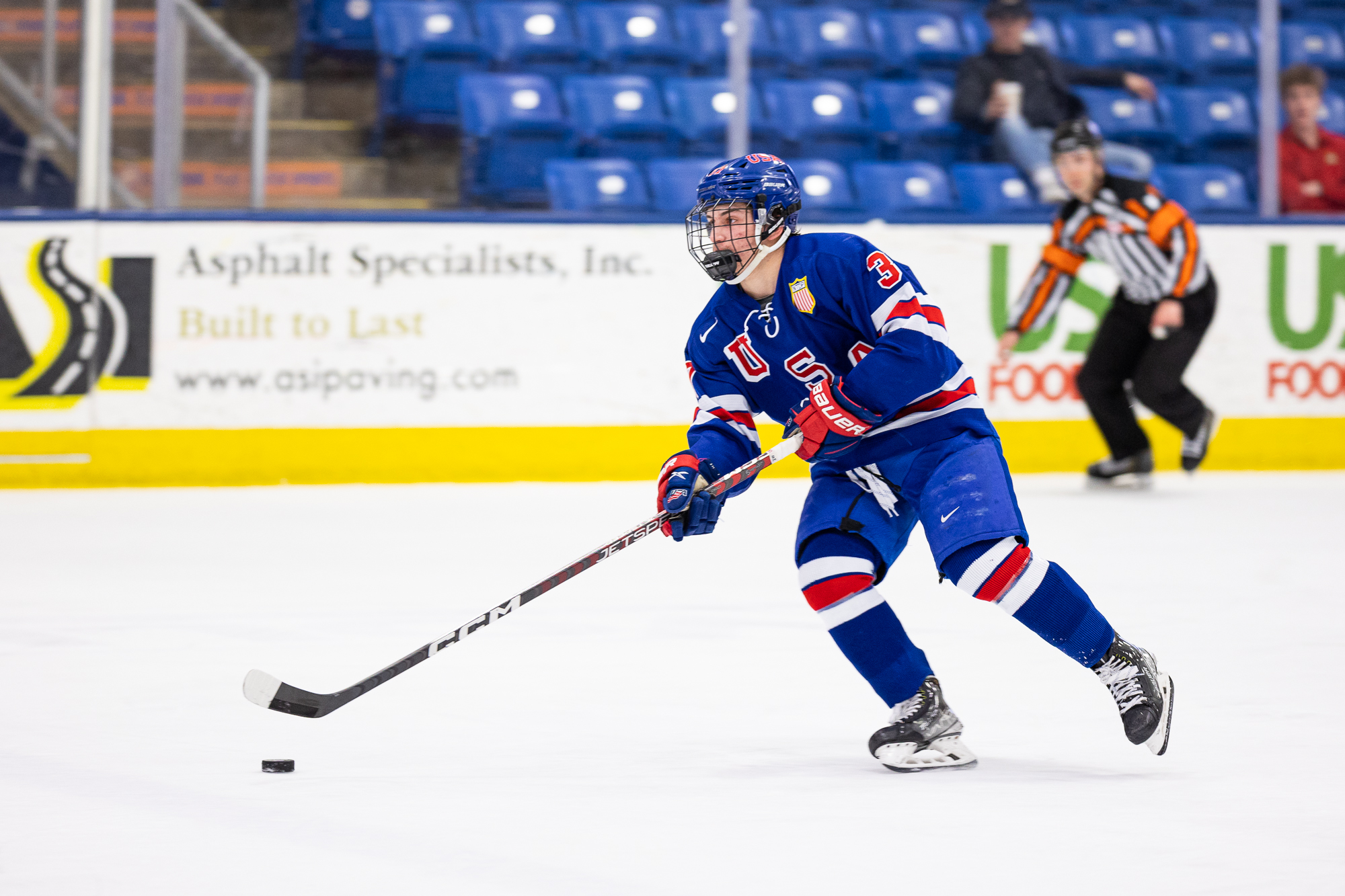 PLYMOUTH, Mich. – The U.S. National Under-17 Team battled hard to the end, but fell short, 6-2, to the Muskegon Lumberjacks on Saturday night at USA Hockey Arena.

Luck was not on Team USA’s side to open the game, highlighted by a shot from the slot by Gracyn Sawchyn (Chaska, Minn.) that rang off the post and a closely missed chance by Gabe Perreault (Hinsdale, Ill.) on the man advantage.

Muskegon’s Ben Strinden opened scoring with 1:58 left in the opening frame, pushing the visiting team ahead 1-0. A shot from the point by Nathan McBrayer deflected off Strinden’s stick and right to the back of the net.

Quinn Hutson put the visitors up 2-1 at 11:24 with a power-play tally, then just a few minutes later, Team USA followed up with a goal of their own on the man advantage. A loose puck off a shot from Will Vote (Arlington, Mass.) was poked at by Austin Burnevik (Blaine, Minn.) and cleaned up by Danny Nelson (Maple Grove, Minn.) in the crease.

Jake Braccini’s net-front goal put Muskegon on top once again late in the period to close out scoring in the middle frame.

In the third period, two even-strength tallies and an empty-net goal for the visiting team extended their lead over Team USA to four, for a final score of 6-2.

A third period push wasn’t enough to close the gap on Muskegon. Sam Scopa (Lexington, Mass.) finished the game with 22 saves in a 28 save effort in 59 minutes between the pipes.