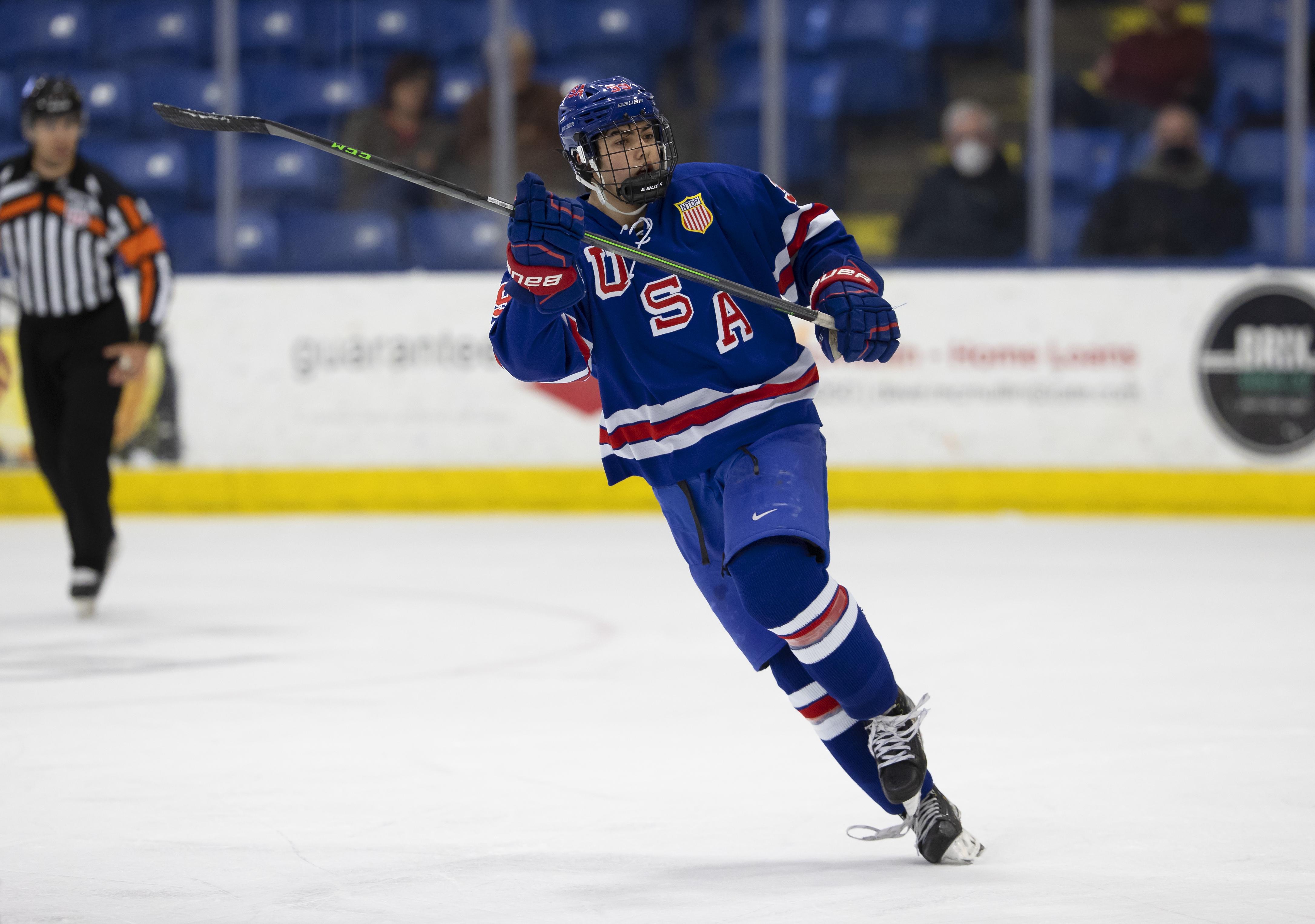 Madison, Wis. – In a back-and-forth battle, the U.S. National Under-17 Team finished their weekend against the Madison Capitols with a 5-3 victory that included goals from four different skaters.

Team USA got on the board first in game two of the weekend on an early first period charge lead by Alex Weiermair (Los Angeles, Calif). As the Capitols netminder attempted to clear the puck, Weiermair stepped in a fired a shot into the back of the net for a 1-0 lead.

Oliver Moore (Mounds View, Minn.) gave the U17s a two-goal advantage just past the halfway point. Taking the puck in open ice, Will Smith (Lexington, Mass.) gave Kai Janviriya (Bloomfield Hills, Mich.) a cross-ice pass for a shot that was tipped in on the backside by Moore.

Over an 18-second span, Madison tied the game at 2-2 with 1:13 left to play. Jack Horbach kicked off scoring with a coast-to-coast wrist shot to the net, before Nick DeSantis followed with a direct in front of the crease.

With the clock reading 10:08 in the middle frame, Kaden Muir (Manchester, N.H.) fed the puck to Drew Fortescue (Pearl River, N.Y.) on left side for a snipe shot to the top left corner for a 3-2 lead and his first goal in the USA sweater.

The Capitols answered, tying the game for the second time in as many periods, as Jack Musa tapped a rebounded shot by Blake Dangos in just inside the right post.

To put Team USA back on top, Will Vote (Arlington, Mass.) lead the charge from start to finish first forcing the turnover in the defensive zone before netting his 19th goal of the season just 35 seconds into the final period.

Team USA continued to battle through the remainder of the contest including a fantastic effort killing a late power-play opportunity in the final three minutes for Madison.

The U17s were able to secure the win with a two-goal advantage thanks to an empty net goal by Moore that was sent the length of the ice.

In a thrilling battle, Michael Chambre (Fort Myers, Fla.) was the lone netminder for the U17s in tonight’s game. Chambre finished with 39 saves on 42 shots through 59 minutes played.

The Under-17 Team is back on home ice for some Easter weekend action. They will first take on the Muskegon Lumberjacks for a pair, before closing the weekend with a matchup against the Chicago Steel.