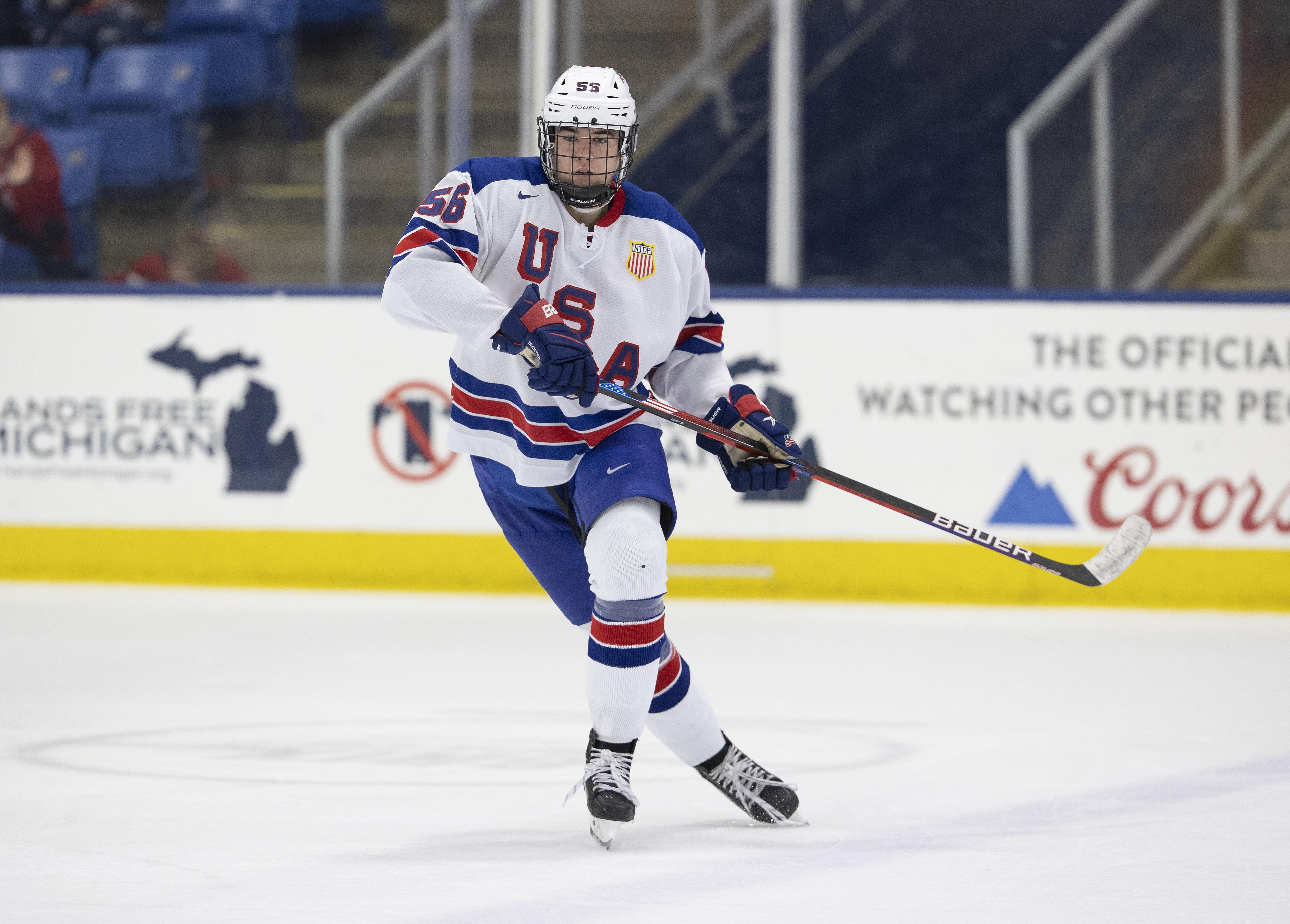 MADISON, Wis. - In the first of their two games against Madison, the U.S. National Under-17 Team fell, 8-3, to the Capitols.

The Capitols set the pace for the game in the first after a Haskins goal at 4:07 in the first period. He followed it up with his second of the night at 11:01, making it 2-0. Musa closed out the period with a goal at 19:03, giving us our first period score of 3-0.

Madison continued their attack at the start of the second, with Severo scoring off a USA turnover at 0:26 on the clock. Soon after Dunlap joined the scoring just 30 seconds later to make it 5-0 early in the period.

Carsen Musser (Sherburn, Minn.) came in and helped keep Madison out of the net for the remainder of the period, including two penalty kills. On the other side of the ice, Gabe Perreault (Hinsdale, Ill.) notched a power play goal off assists from Gracyn Sawchyn (Chaska, Minn.) and Oliver Moore (Mounds View, Minn.) to give USA their first of the night.

The third period began with a pair of goals from Haskins, giving him four total on the night and making it 8-1 with 18 minutes remaining in the final frame.

Coming down the stretch Team USA was able to score two final goals: a goal from the blue line from Paul Fischer (River Forest, Ill.) and a breakaway from Charlie Cerrato (Fallston, Md.) that ended five-hole in the back of the net, giving us a final of 8-3.

The U17s continue their weekend tomorrow against the Madison Capitols. The game is set for 8:00 p.m. ET puck drop and can be streamed on HockeyTV.