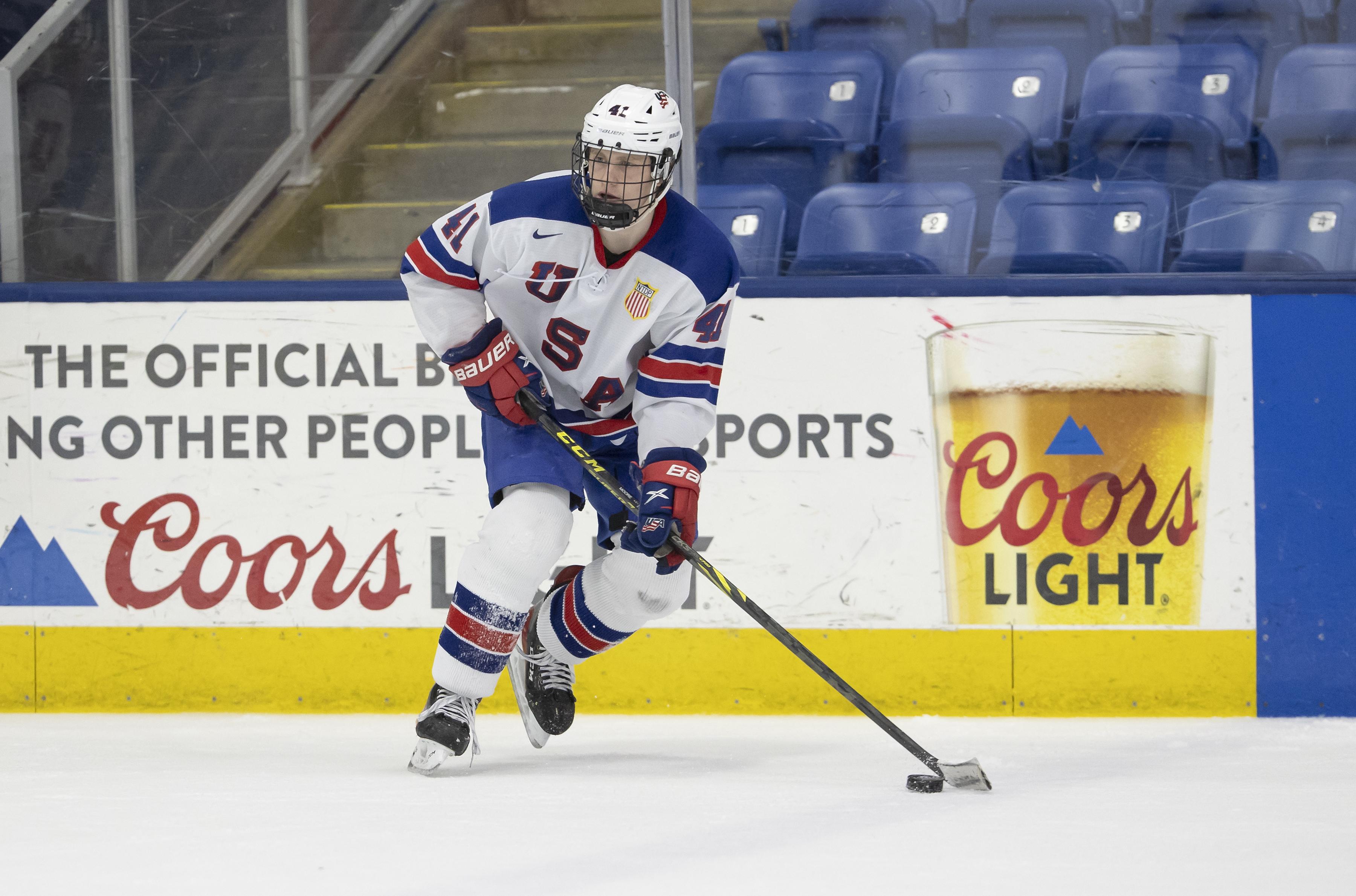 YOUNGSTOWN, Ohio – In their Tuesday night matchup, the U.S. National Under-17 Team dropped, 3-2, to the Youngstown Phantoms at Covelli Centre.

The Phantoms pushed ahead for a 1-0 lead with 5:11 off the clock in the opening period. Trey Taylor and Chase Pietilla swung the puck over the top of the offensive zone for a shot that was redirected into the net by Tiernan Shoudy.

Team USA refused to give up as the period began to close as a strong defensive effort was made by Oliver Moore (Mounds View, Minn.) along the boards. After forcing a turnover, Moore skated just inside the left faceoff circle and fired a snipe shot into the back of the net for a 1-1 game.

Youngstown got to scoring quick as we entered the middle frame. Quinn Kennedy made a few dodging moves around the Under-17s defense for a shot from the slot that made its way in the net for a 2-1 advantage.

In extending their lead, the Phantoms connected on a swift tic-tac-toe across the ice in their offensive zone for a two-goal lead. Nick Williams and Andrew Centrella, with quick passes, found Justin Varner for an open one-timer from the right side.

As Team USA reached the halfway point in the final period, they continued to make offensive advances against the Phantoms. Carter Slaggert (South Bend, Ind.) used his speed to beat two Youngstown defenseman, but his shot would be blocked just in front of the crease.

With less than five minutes to play, Gabe Perreault (Hinsdale, Ill.) put the puck on net that in turn bounced into open ice and there to clean it up and put it away was Will Vote (Arlington, Mass.) to cut the lead to one.

The U17s continue their week with a pair of road games this Friday and Saturday against the Madison Capitols. Both games are set for a 7:00 p.m. ET puck drop and can be streamed on HockeyTV.