Buium and Nelson each netted a goal for Team USA 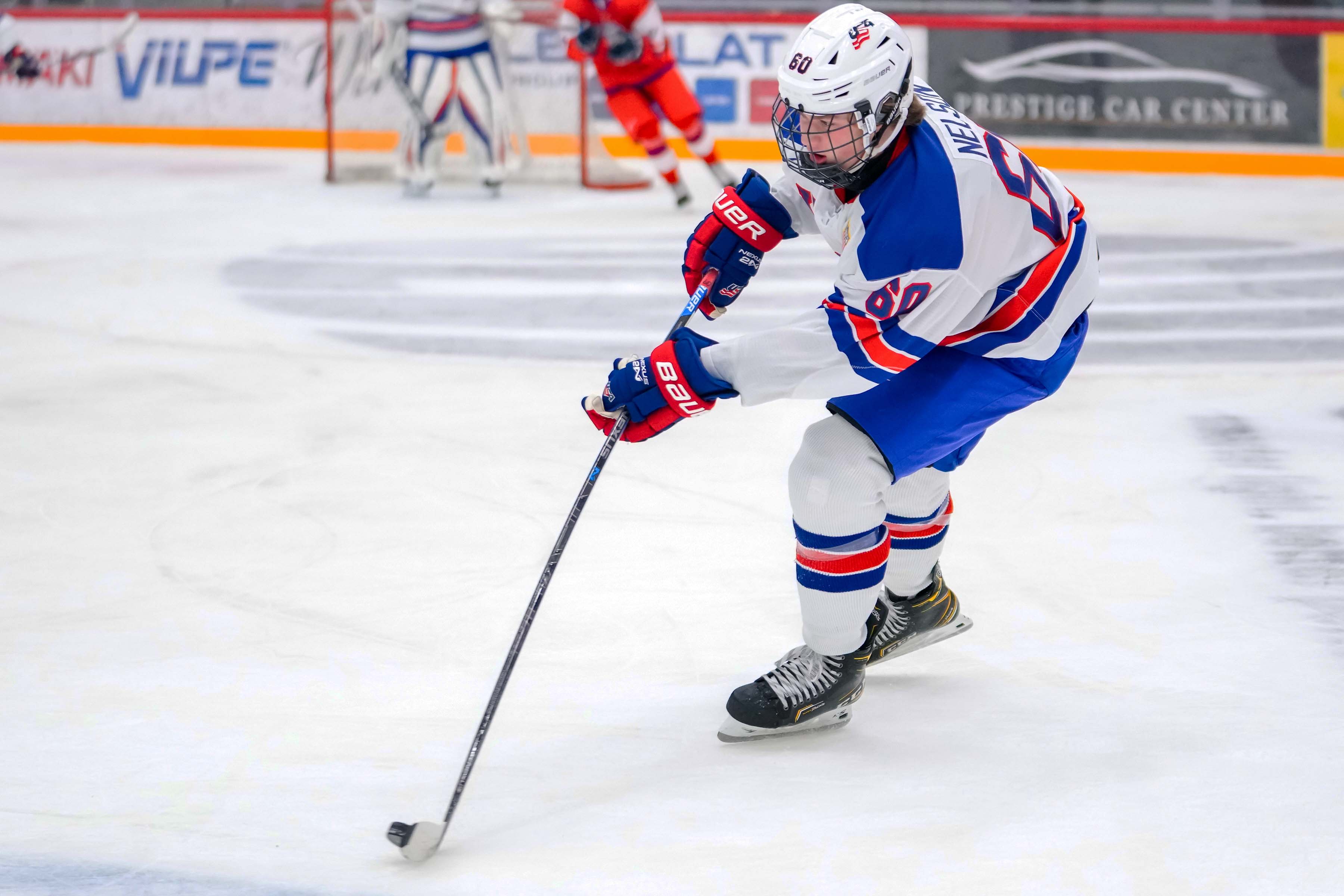 CEDAR RAPIDS, Iowa – The U.S. National Under-17 Team fell, 4-2, in their final game of the weekend to the Cedar Rapids RoughRiders to close out the weekend series.

Cedar Rapid’s tallied a power-play goal at the 2:26 marker in the first period as Martins Lavins sent a cross-ice pass over to Travis Shoudy just outside the faceoff circle for a wrist shot into the net.

Liam Lesakowski and Zaccharya Wisdom added to the RoughRiders scoring to take a 3-0 advantage at the end of the period. In similar fashion, Lesakowski received a feed from Yusaku Ando and fired a shot near the left faceoff circle into the top right corner. Wisdom followed up as the puck bounced off the inside post and was cleaned up for a goal.

Team USA took scoring into their own hands opening up with two goals in the second period. Carter Slaggert (South Bend, Ind.) intercepted the puck as the RoughRiders tried to clear the puck and centered a pass into the slot for ZeevBuium (San Diego, Calif.). Off his own rebound, Buium slipped one past the netminder and put Team USA on the board.

Before the period closed, David Chen beat Team USA’s defense on a net-front scramble, extending the RoughRiders’ lead back to two goals and to claim the win.

The Under-17 Team will be back in action after a short break on April 8-9 as they travel to take on the Madison Capitols. Both games are set for 8:00 p.m. ET.