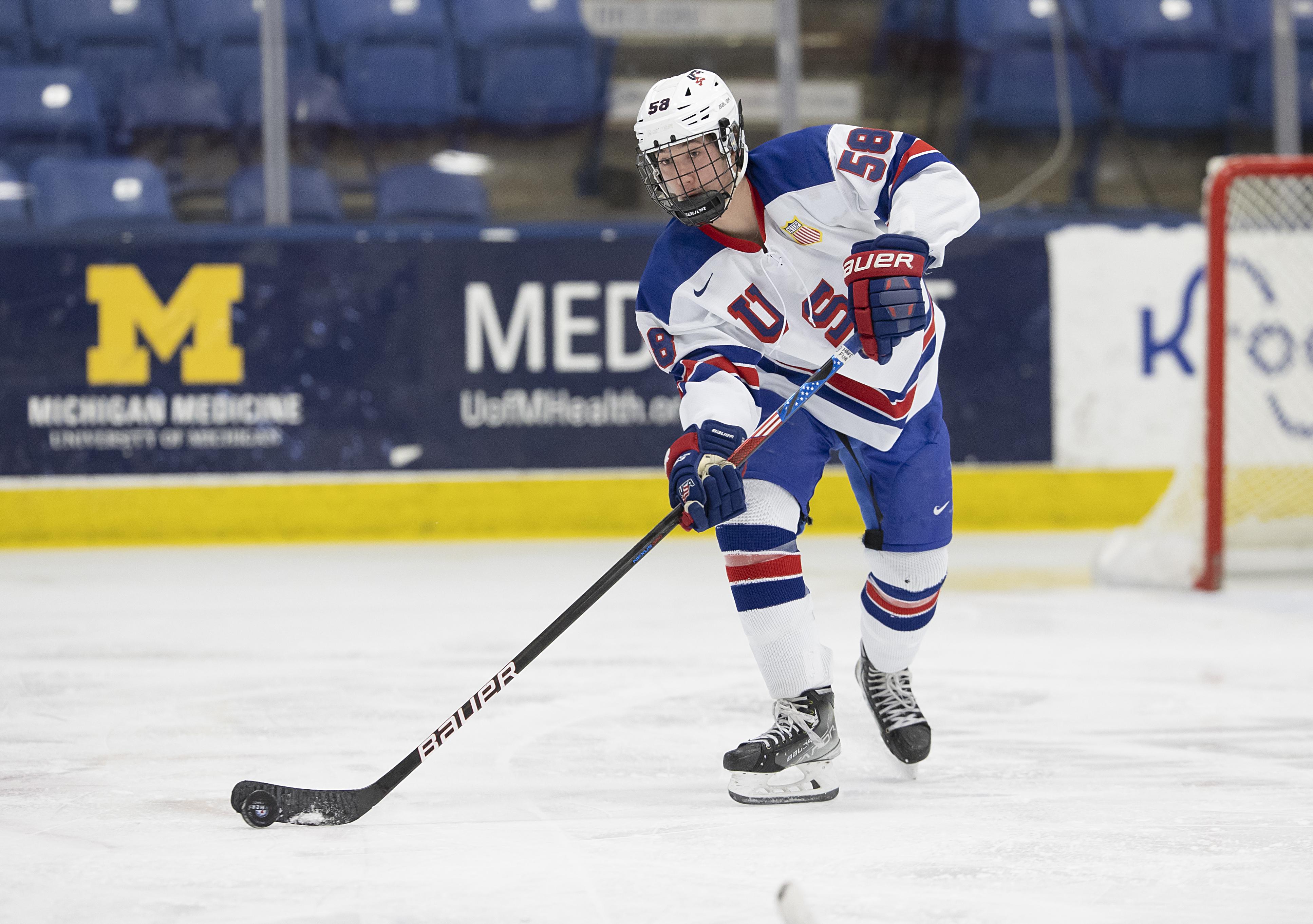 CEDAR RAPIDS, Iowa – The U.S. National Under-17 Team dropped, 4-1, in game two against the Cedar Rapids RoughRiders on Saturday night in Iowa.

The RoughRiders were at a 1-0 advantage less than three minutes into the opening period as Robert Flinton setup Martins Lavins for the first goal of the evening.

While on the power play, Cedar Rapids netted their second goal of the period. Flinton fired a shot just right of the crease that rebounded out for Travis Shoudy to clean up and put away.

With time running off the clock, Team USA continued to power through in the offensive zone, allowing back-to-back shots for Aram Minnetian (Woodcliff Lake, N.J.) in the final thirty seconds, but was unable to find the back of the net.

Team USA was still looking to get on the board through the first eight minutes of action in the middle frame. Beckett Hendrickson (Minnetonka, Minn.) was able to find an opening for a shot that was tipped away in traffic.

After surpassing the halfway point of the game, Gabe Perreault (Hinsdale, Ill.) picked up the puck along the boards and found Kaden Muir (Manchester, N.H.) at the point. Muir ripped a shot on net that deflected to the stick of AlexWeiermair (Los Angeles, Calif.) and into the net for a one-goal game.

Cedar Rapids’ Jake Percival netted his second in as many games this weekend with 1:24 left in the middle frame. Just a quick, with the opening of the final period, Flinton gave the RoughRiders a three-goal lead with 1:45 off the clock to seal the 4-1 victory.

Michael Chambre (Fort Myers, Fla.) was the sole netminder for Team USA playing 57 minutes and finished with 32 saves on 36 shots.

The Under-17 Team will finish out their weekend series against the RoughRiders tomorrow afternoon. Puck drop is scheduled for 5:00 p.m. ET and all the action can be seen on HockeyTV.