U18s Split Series With Youngstown as They Fall, 4-3, on Saturday

Cooley led Team USA with two goals on the evening 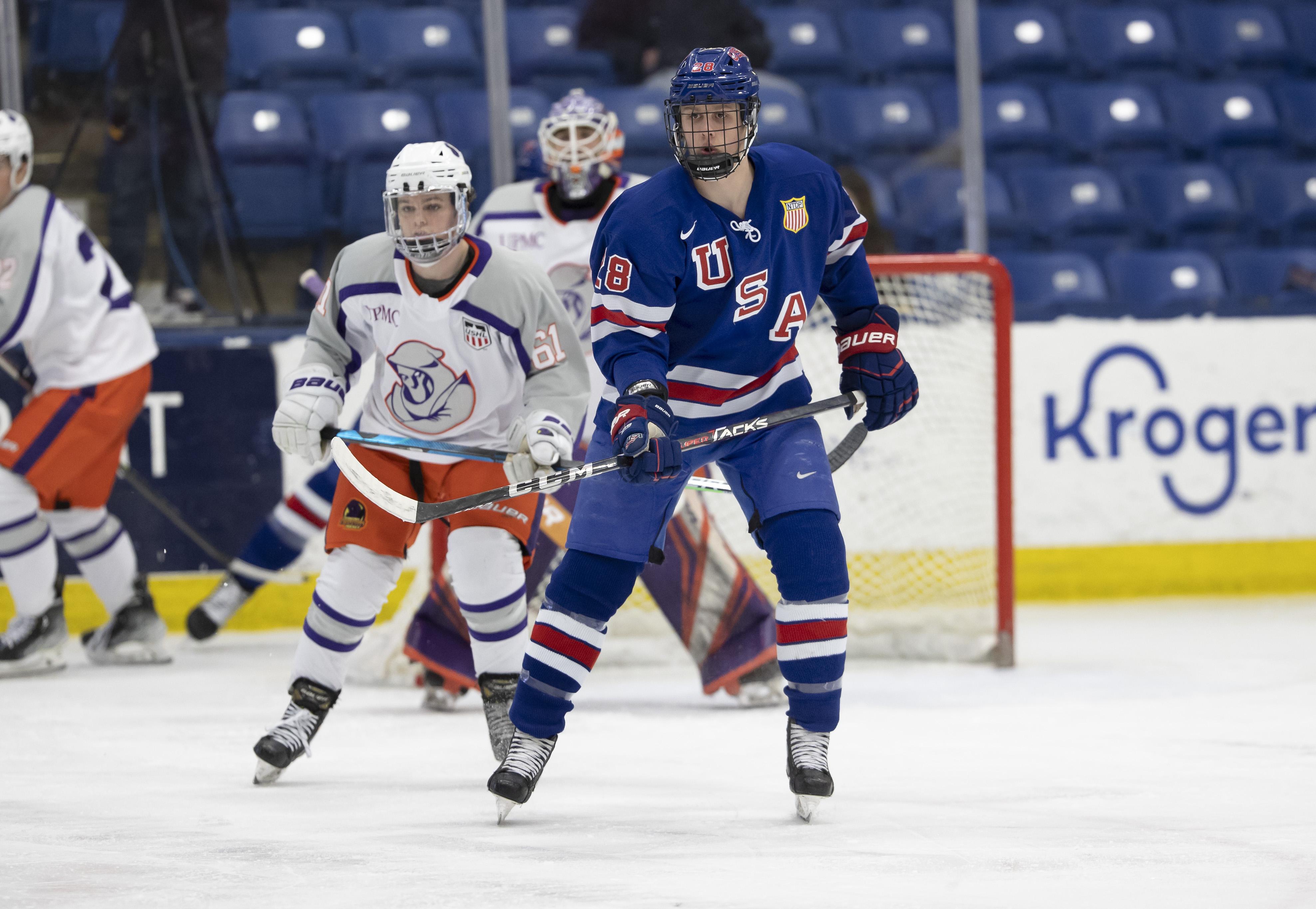 PLYMOUTH, Mich. -- The U.S. National Under-18 Team battled back in the third period, but came up short, 4-3, to the Youngstown Phantoms in their Saturday night matchup.

Logan Cooley (Pittsburgh, Pa.) opened the scoring at 8:56 of the first period. Jimmy Snuggerud (Chaska, Minn.) won a puck battle in the right corner and found Cutter Gauthier (Scottsdale, Ariz.) at the red line. He drove the net and fed a cross-crease pass to set up Cooley, who was left open on the far side for his 20th goal of the season.

The Phantoms got a pair of goals from Adam Ingram to take a 2-1 lead after 20 minutes of play. After Kyle Bettens took the first shot, Ingram chopped at a bouncing puck that found its way past Tyler Muszelik (Long Valley, N.J.) to even the score. Ingram added another second-chance goal, connecting on an opportunity after a Jaden Grant shot to give Youngstown a lead late in the first.

The Phantoms' Stiven Sardarian doubled the lead to 3-1 after he crashed the net and batted home a rebound at 3:04 of the second. Trey Taylor netted a fourth straight goal for the visitors to extend the lead to three heading into the third period.

Cooley netted his second of the game, a power-play marker, less than two minutes into the final frame. Gauthier won a draw back to Hunter Brzustewicz (Washington Twp., Mich.) who led Cooley into the offensive zone. He took a wrister from the center point that got over the blocker of Kyle Chauvette to cut the deficit to 4-2.

Tyler Duke (Strongsville, Ohio) pulled the U18s within a score with a wrister from the slot near the halfway mark of the third. The defenseman's second goal of the year was set up by Charlie Leddy (Fairfield, Conn.) and Snuggerud.

Despite the late push from Team USA, they were unable to close the gap on Youngstown and dropped 4-3 in game two of their weekend series.

The Under-18 Team will play their final game on home ice tomorrow afternoon as they host the Green Bay Gamblers. Puck drop is set for 4:00 p.m. ET.