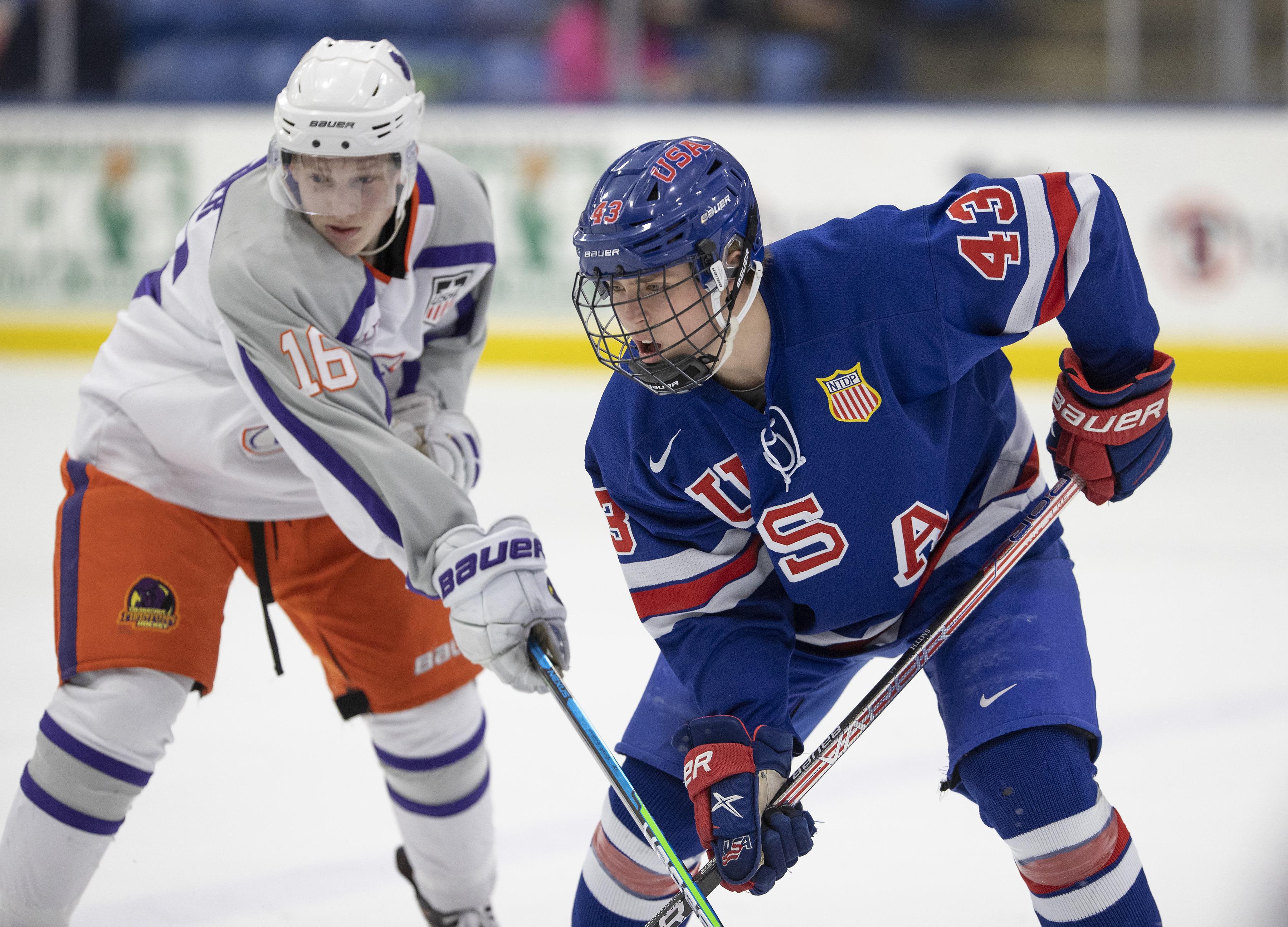 PLYMOUTH, Mich. - Trey Augustine (South Lyon, Mich.) stopped all 20 shots he saw for his first shutout of the season as the U.S. National Under-18 Team blanked the Youngstown Phantoms, 3-0, in their first of two matchups Friday night at USA Hockey Arena.

Team USA got on the board first after a goal from Rutger McGroarty (Lincoln, Neb.) in the final minute of the first period. McGroarty passed the puck up the left side of the offensive zone to Tyler Duke (Strongsville, Ohio), who looped around the net before sliding it back to McGroarty in front of the crease. The captain one-timed it to the left side of the net to close the period with a 1-0 advantage. Devin Kaplan (Bridgewater, N.J.) broke the play out of the defensive zone to collect a secondary assist.

Kaplan extended Team USA’s lead just over five minutes into the second frame. McGroarty and Charlie Stramel (Rosemount, Minn.) pulled off a slick passing combination in the offensive zone before Kaplan buried the puck in the bottom right of the net. The goal was his 10th of the season, making him the ninth U18 player to hit double digits.

The U18s secured the win with an empty-netter off the stick of Ryan Leonard (Amherst, Mass.) with under two minutes to play in regulation. After Ryan Chelsey (Mahtomedi, Minn.) chipped the puck out of the defensive zone, Isaac Howard (Hudson, Wis.) slid a cross-ice pass to Leonard who dumped it in the back of the net for a 3-0 final.

The Phantoms could not solve Augustine all night, who was especially impressive in the final frame. His best save of the night came on a  Justin Varner breakaway attempt early in the third. After Team USA lost a defensive-zone puck battle, the netminder bailed out the team with a fantastic glove stop on Varner. The win evened up Augustine's record at 9-9-0 on the season.

The two sides are back in action tomorrow night with a 7:00 p.m. puck drop at USA Hockey Arena. Tickets are available by calling 734-453-6400 or visiting USAHockeyNTDP.com/tix.