McGroarty led the way in today's victory with two goals 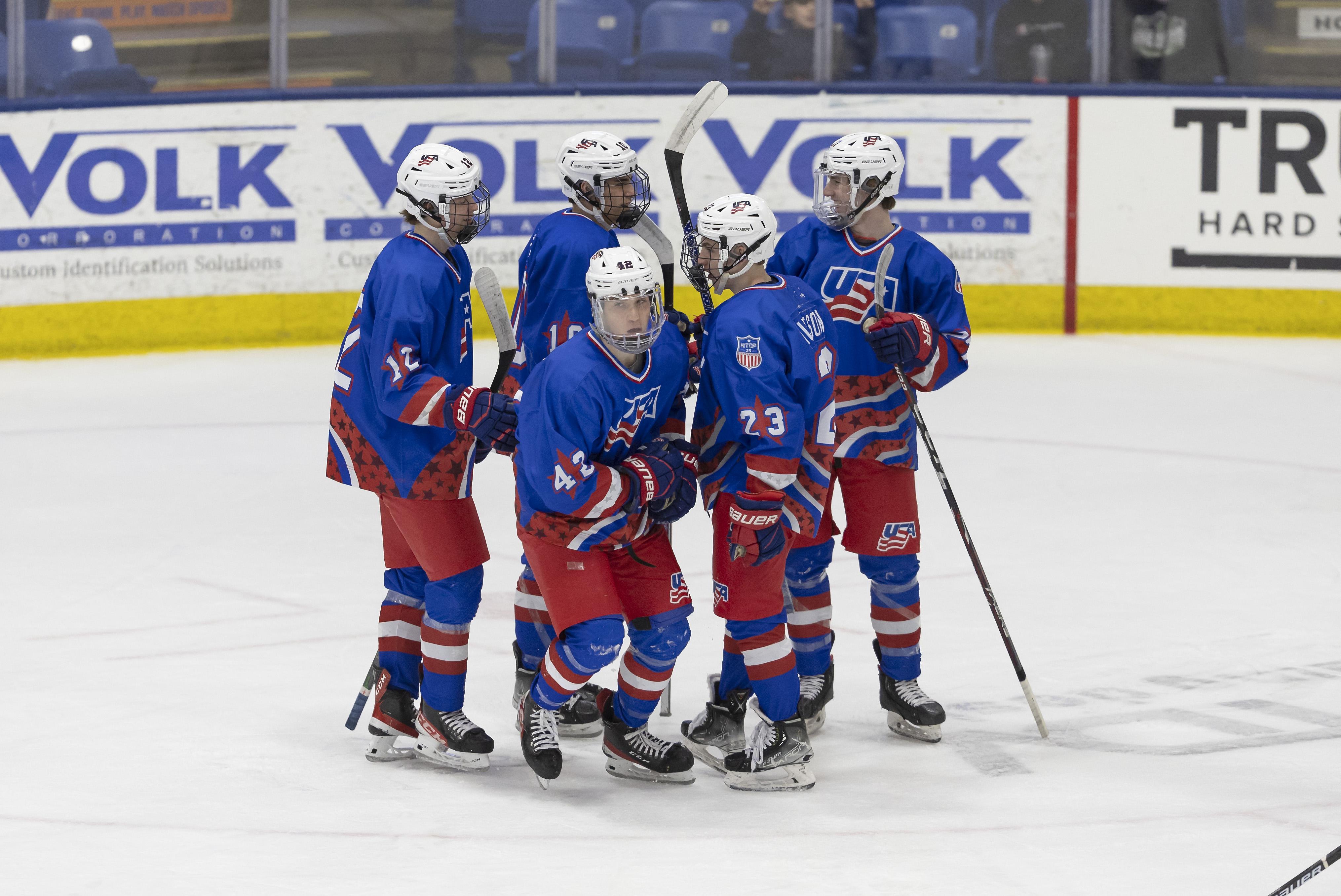 PLYMOUTH, Mich. – Five different skaters scored to give the U.S. National Under-18 Team a 6-1 victory over the Cedar Rapids RoughRiders in their final matchup of Heroes Appreciation Weekend at USA Hockey Arena.

Just the same as before, Team USA was on the board on a shifty play from big boys. Charlie Stramel (Rosemount, Minn.) fed it back to the neutral zone for Charlie Leddy (Fairfield, Conn.). He connected along the boards with Devin Kaplan (Bridgewater, N.J.) who sniped his shot past the netminder for a 1-0 lead just over the halfway mark in the first period.

Ryan Leonard (Amherst, Mass.) extended Team USA’s lead to score his second goal in as many games. Ryan Chesley (Mahtomedi, Minn.) impressively kept the puck within the offensive zone for a drop back pass to Leonard who buried his shot.

With just a 1:15 off the clock to open the middle frame, Frank Nazar III (Mount Clemens, Mich.) scored in fashion. Just as Isaac Howard’s (Hudson, Wis.) shot deflected off the netminder’s pad, Nazar found his way into the slot for a backhand shot and a 3-0 advantage.

Less than two minutes apart, Rutger McGroarty (Lincoln, Neb.) tallied back-to-back goals to put Team USA up 5-0. Earning a penalty shot, McGroarty ricocheted the puck off the inside post and into the net. He later followed up a one-timer from right side on a beautiful feed from Jimmy Snuggerud (Chaska, Minn.) with the secondary going to Logan Cooley (Pittsburgh, Pa.).

The RoughRiders found their way onto the board for the first time with 5:50 left in the period. Cedar Rapids created a swing up top where Carson Peters sent the puck cross ice for Jake Percival to make it 5-1.

Will Smith (Lexington, Mass.) added one more goal for the U18s in the period for his 28th of season, now second overall in the NTDP. The line of Howard-Nazar-Smith continued to put up points with Howard and Nazar opening up a one-on-one for Smith to take advantage.

The Under-18 Team will play their final weekend at home March 25-27 as they host the Youngstown Phantoms for a pair before ending the weekend against the Green Bay Gamblers on Sunday.