U17s Fall Behind, 4-2, In Saturday Showdown With Dubuque 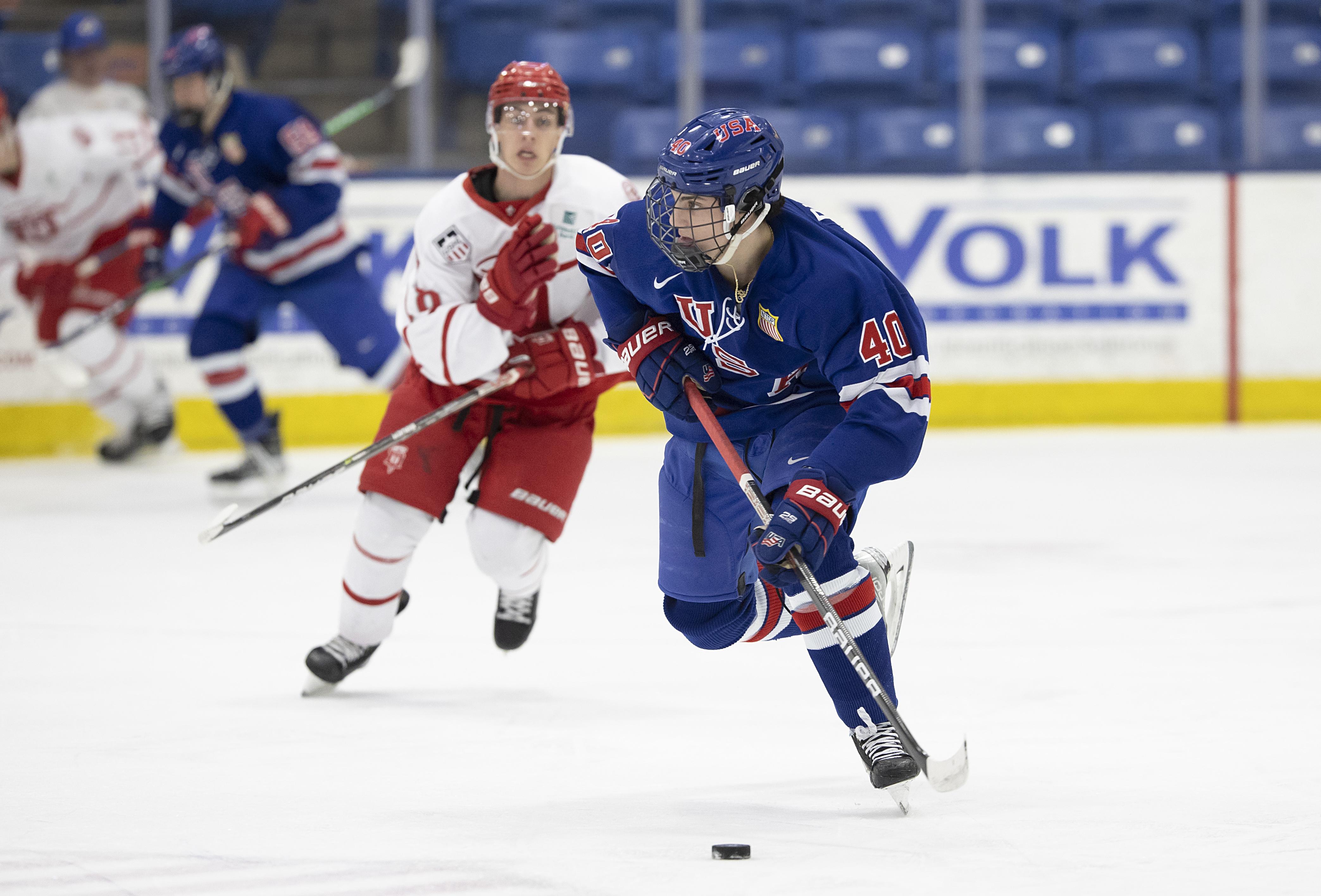 PLYMOUTH, Mich. – In game two of the weekend of our series with the Dubuque Fighting Saints, the U.S. National Under-17 Team dropped 4-2 on Saturday night.

With the first period off and running, Gracyn Sawchyn (Chaska, Minn.) ripped a shot from in the slot that hit the post and bounced out to the boards to give Team USA their first scoring opportunity.

Jackson Hallum put the Fighting Saints on the board first when he collected the rebound from a shot by Stephen Halliday on the backside at the 6:26 marker in the opening frame.

While trying to tie the game before the period’s end, Charlie Cerrato (Fallston, Md.) and Gabe Perreault (Hinsdale, Ill.) pushed ahead for a two-on-one. Perreault carried the puck into the offensive zone to dish it forward for Cerrato before getting it back in front of the crease but was stopped by the pad of Dubuque netminder Philip Svedebäck.

Keeping up with the strong offensive effort last night, Teddy Townsend (Eden Prairie, Minn.) cut back toward the end boards for a slick pass to Salvatore Guzzo (Old Tappan, N.J.) for quick redirect into the back of the night, tying us at 1-1.

In the final three minutes of the period, Dubuque would score back-to-back goals 27 seconds apart. The scoring charge was led by Michael Burchill for his second of the weekend. Shortly after, Kenny Connors tallied the final goal of the period on assists by Hallum and Zane Demsey.

Team USA cut Dubuque’s lead down to one with 1:11 off the clock in the final period. Sawchyn fed Will Vote (Arlington, Mass.) as he skated into the slot. Vote fired a shot that bounced off the chest of Svedebäck for Vote to knock it out of the air and into the net.

Dubuque’s Tristan Lemyre secured the victory, 4-2, with a late period goal with less than five minutes remaining on an assist from William Hallén.

The U17s close out their weekend series with Dubuque tomorrow afternoon with puck drop set for 4:00 p.m. The game can be seen on HockeyTV.