U17s Come Up Short, 4-3, In Battle Against Dubuque

Moore, Townsend and Moore each notched a goal for Team USA in tonight's matchup 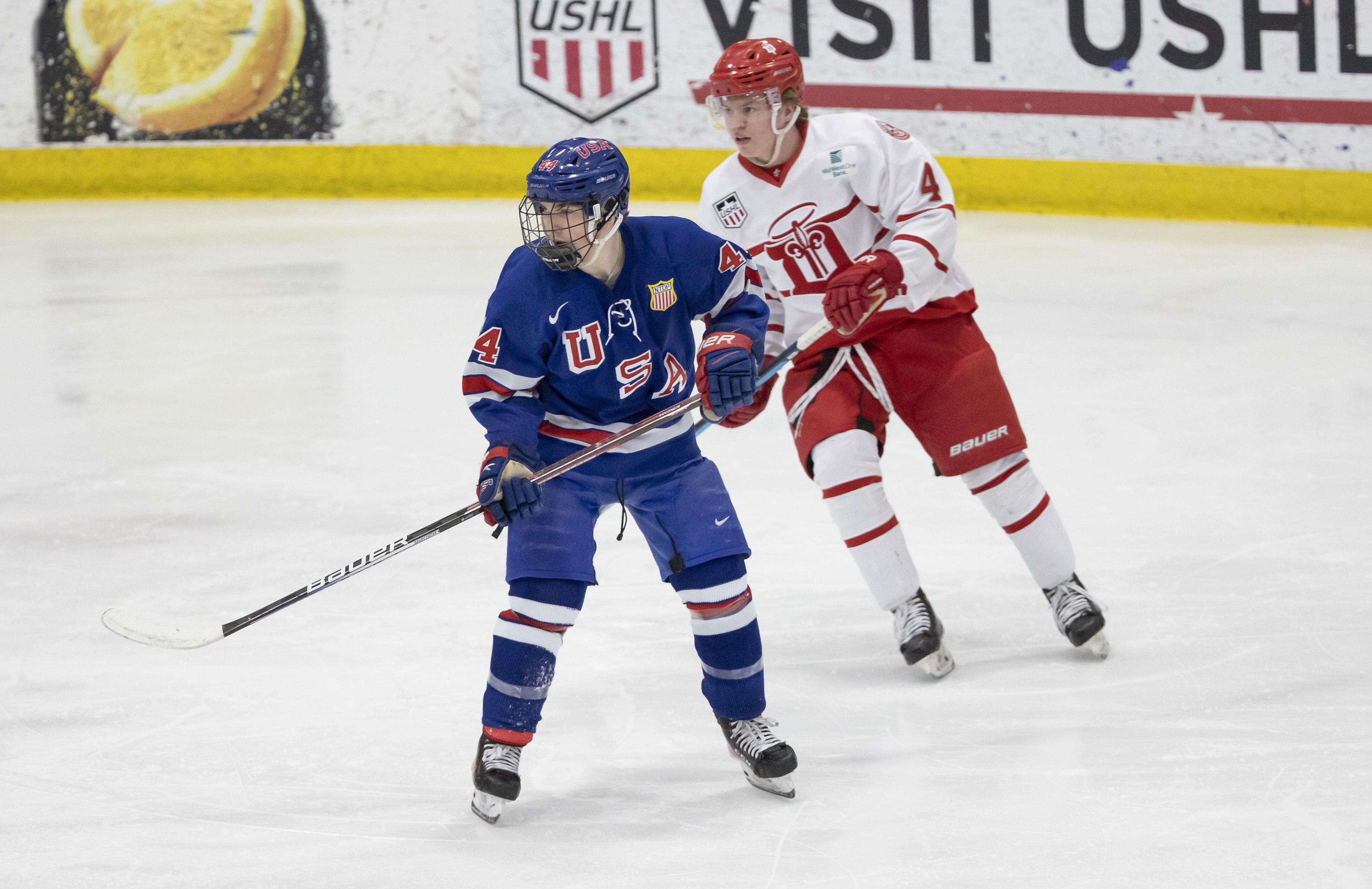 PLYMOUTH, Mich. – In a battle to the end, the U.S. National Under-17 Team fell short, 4-3, to the Dubuque Fighting Saints in game one of a weekend trio.

Team USA had plenty of scoring chances through the first period including many multiple chance series. AlexWeiermair (Los Angeles, Calif.) led with a shot from the boards before creating a turnover in the offensive zone for a second attempt just left of the crease.

Austin Oravetz fired a shot from the right point that was cleaned up by Kenny Connors on the backside to give Dubuque the go-ahead goal with 6:20 remaining in the first period.

For the second time in as many games, Will Vote (Arlington, Mass.) tied the game for the U17s, 1-1, just 1:16 into the middle frame. From the faceoff, the Fighting Saints tried to clear the puck but instead it deflected off a Dubuque defenseman into the slot for a Vote to bury.

Michael Chambre (Fort Myers, Fla.) continued to battle in net for Team USA. With minutes left to play in the period, the netminder made a huge save on a point-blank shot from the left faceoff circle before stopping a Dubuque breakaway to keep the game even.

Before the period closed out, the Fighting Saints notched their second goal of the night to take back the lead courtesy of Stephen Halliday.

The third period saw a hot start from the Under-17 squad as they scored two goals 24 seconds apart. In his first game with Team USA, Teddy Townsend (Eden Prairie, Minn.) netted his first goal off assists from Ryan Fine (Center Moriches) and Zach Schulz (South Lyon, Mich.). Schulz slid the puck around the back of the net for Fine to setup Townsend on the right side for an easy redirect into the net.

With less than four minutes gone, Oliver Moore (Mounds View, Minn.) secured the loose puck on a turnover in the neutral zone. On a give-and-go with Gracyn Sawchyn (Chaska, Minn.), Moore was able to beat Dubuque netminder Paxton Geisel on the backside.

The Fighting Saints went on to score back-to-back goals to reclaim their lead and ultimately secure the win. Michael Burchill found the back of the net just past the midway point in the final frame before being followed up by Jackson Hallum who made it 4-2.

Chambre was the sole netminder for the U17s tonight, playing 57 minutes. While between the pipes, he recorded 26 saves on 30 shots.

The weekend against the Fighting Saints continues tomorrow as the Under-17 Team is back home for game two. Puck drop is slated for 7:00 p.m. ET and all the action can be seen on HockeyTV.