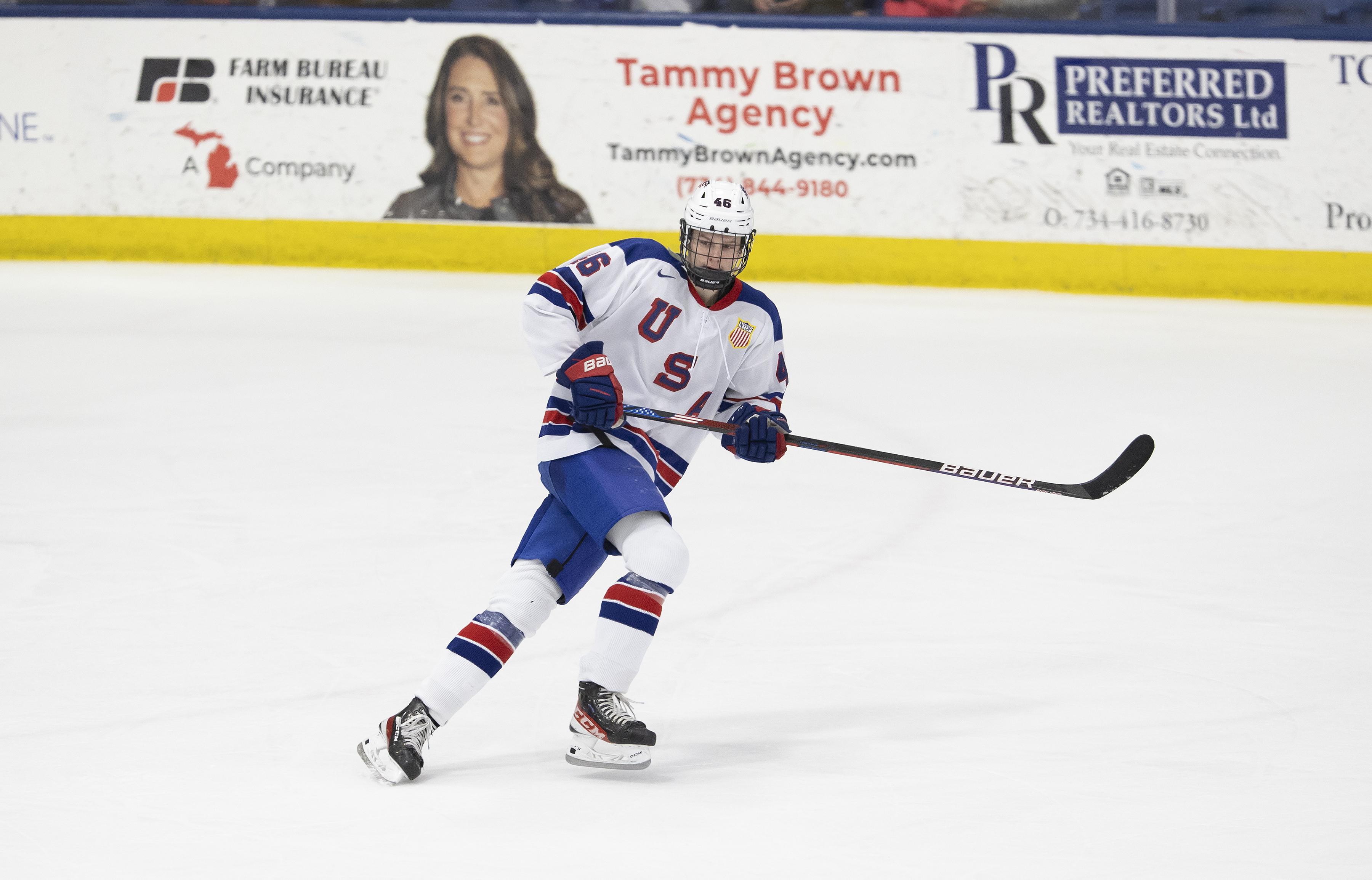 PLYMOUTH, Mich. – The U.S. National Under-17 Team fell, 3-2, in a tough shootout battle to the Green Bay Gamblers on Saturday night.

The offensive trio of Ryan Fine (Center Moriches, N.Y.), Gracyn Sawchyn (Chaska, Minn.) and Carter Slaggert (South Bend, Ind.) created a beautiful push 7:55 into the opening frame. Along the boards, Slaggert freed the puck for a 1v1 between Sawchyn and the Gamblers netminder Rastislav Elias, resulting in a deflected shot.

Team USA took it down to the wire before taking a 1-0 lead with just 52 seconds remaining in the period. Austin Burnevik (Blaine, Minn.) grabbed the loose puck in the defensive zone and carried it up the ice. He opened up the slot for Beckett Hendrickson (Minnetonka, Minn.) to bury one top shelf.

Through twenty minutes of action, Carsen Musser (Sherburn, Minn.) tallied nine saves to keep Green Bay off the board, including a late period clean up as the Gamblers scrambled in front of the net.

Green Bay took advantage of a two-on-one for a goal by Nicholas VanTassell to tie the game, 1-1, with 7:21 to play.

Even with late period efforts, neither squad was able to break the tie after forty minutes of play.

The final period continued in an even battle as the first eight minutes eclipsed. Will Smith (Lexington, Mass.) created a strong opportunity at the midway point, collecting his own rebound for a wraparound attempt from behind the net.

The Gambler’s Sawyer School was credited with the go-ahead goal when his own shot rebounded out in front of the crease for a tap in just shy of the halfway mark of the third frame.

With under two minutes in regulation, Will Vote (Arlington, Mass.) redirected the puck past the netminder to send the game into overtime with assists credited to Smith and Aram Minnetian (Woodcliff Lake, N.J.).

After a scoreless overtime period, the U17s went to a shootout that went all three rounds before Green Bay secured the win of the lone shootout goal courtesy of Luke Weilandt.

With 64 minutes played between the pipes, Musser finished with 29 saves on the night.

The Under-17 Team is back on home ice next weekend as they host the Dubuque Fighting Saints for a trio of games. Faceoffs are scheduled for 7:00 p.m. ET on Friday (March 4) and Saturday (March 5), while Sunday’s (March 6) puck drop is slated for 4:00 p.m. ET.