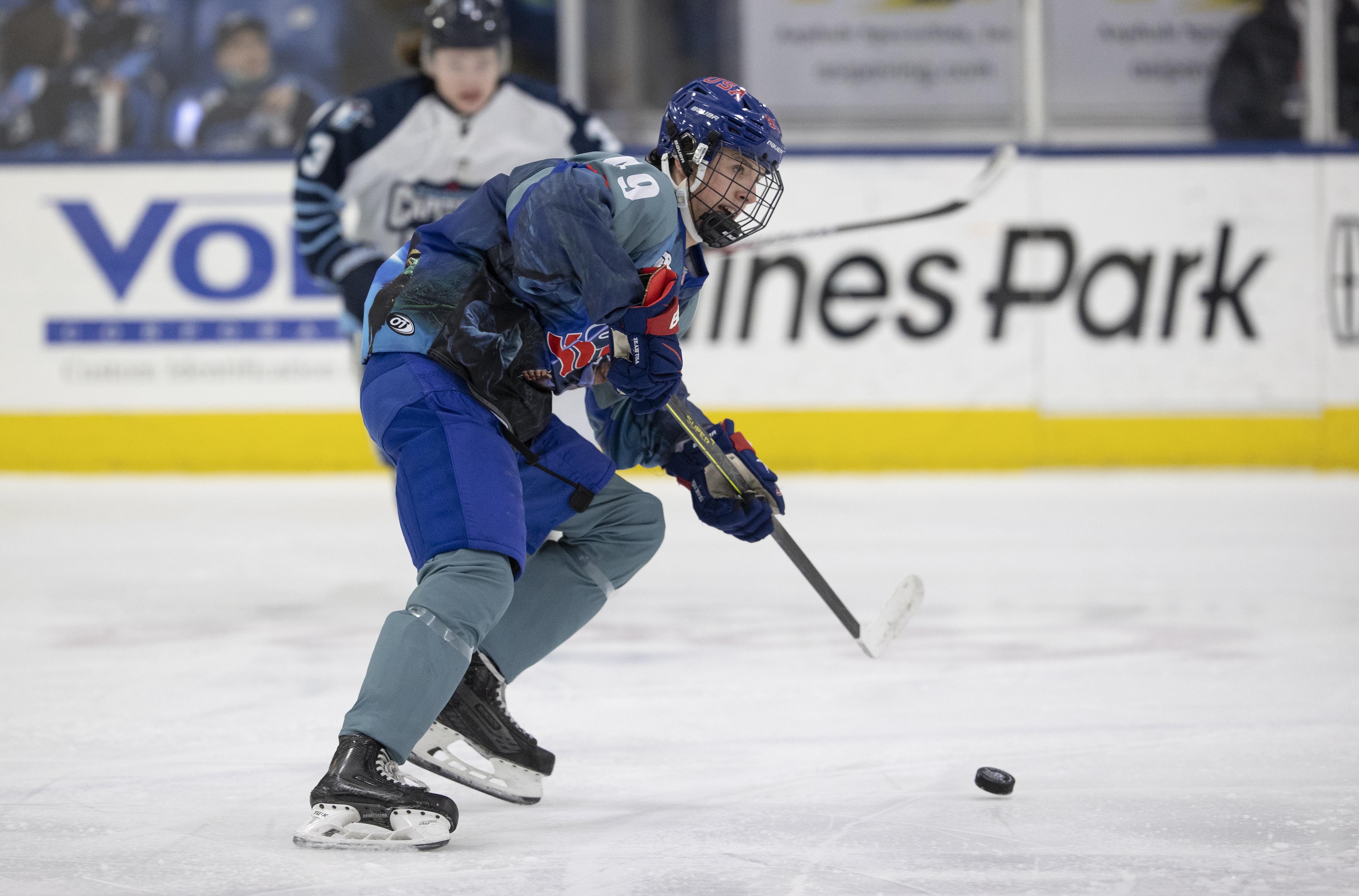 PLYMOUTH, Mich. – The U.S. National Under-17 Team played a tough game on home ice, but fell just short to the Madison Capitols by a score of 5-2.

Although Team USA maintained control of the puck through majority of the opening frame, the Capitols scored first when Nathan Lewis fed Barrett Brooks a backhanded pass for a one-timer to take the 1-0 lead.

The U17s found their legs in Charlie Cerrato (Fallston, Md.) who got ahead of the Capitols on a breakaway but was unable to slip the puck past the pad of Madison’s netminder Mason Kucenski.

With 1:58 left in the first period, Madison added another goal to their lead when Jack Musa capitalized on a rebounded attempt in front of the net.

As we entered the second period, Madison continued to push ahead, going up 3-1, off a shot from the left dot by Luke Mittelstadt that was redirected in by Tyler Haskins.

Team USA, with a man-advantage, cut the Capitols lead down to two goals at the 9:42 marker. With just a one-touch each, Zach Schulz (South Lyon, Mich.) and Cerrato set-up Carter Slaggert (South Bend, Ind.) for an easy top shelf shot in front of the crease.

As time began winding down, Madison’s offensive did not let up forcing numerous shots on net, including net front scrambles that were cleanly fought off by Trey Augustine (South Lyon, Mich.) to keep the score at 3-1 at the end of the period.

Madison opened scoring in the final period on a centered pass to the slot by Michael Quinn for a redirect into the net by Reid Pabich.

Less than a minute later, the U17s brought the game back within two goals on a breakaway play. Beckett Hendrickson (Minnetonka, Minn.) led the rush up the ice for a quick cross-ice pass for a one-timer from Austin Burnevik (Blaine, Minn.) to make it 4-2.

Despite the hard-fought battle, Madison secured the win, 5-2, on a late empty-netter by Casey Severo.

Augustine was the solo netminder for Team USA tonight, playing 57 minutes and finished the game with 28 saves.

The U17s are in Youngstown for a trio of USHL contests against the Phantoms. They hit the ice next on Friday night at Covelli Centre, puck drop set for 7:00 p.m. ET.