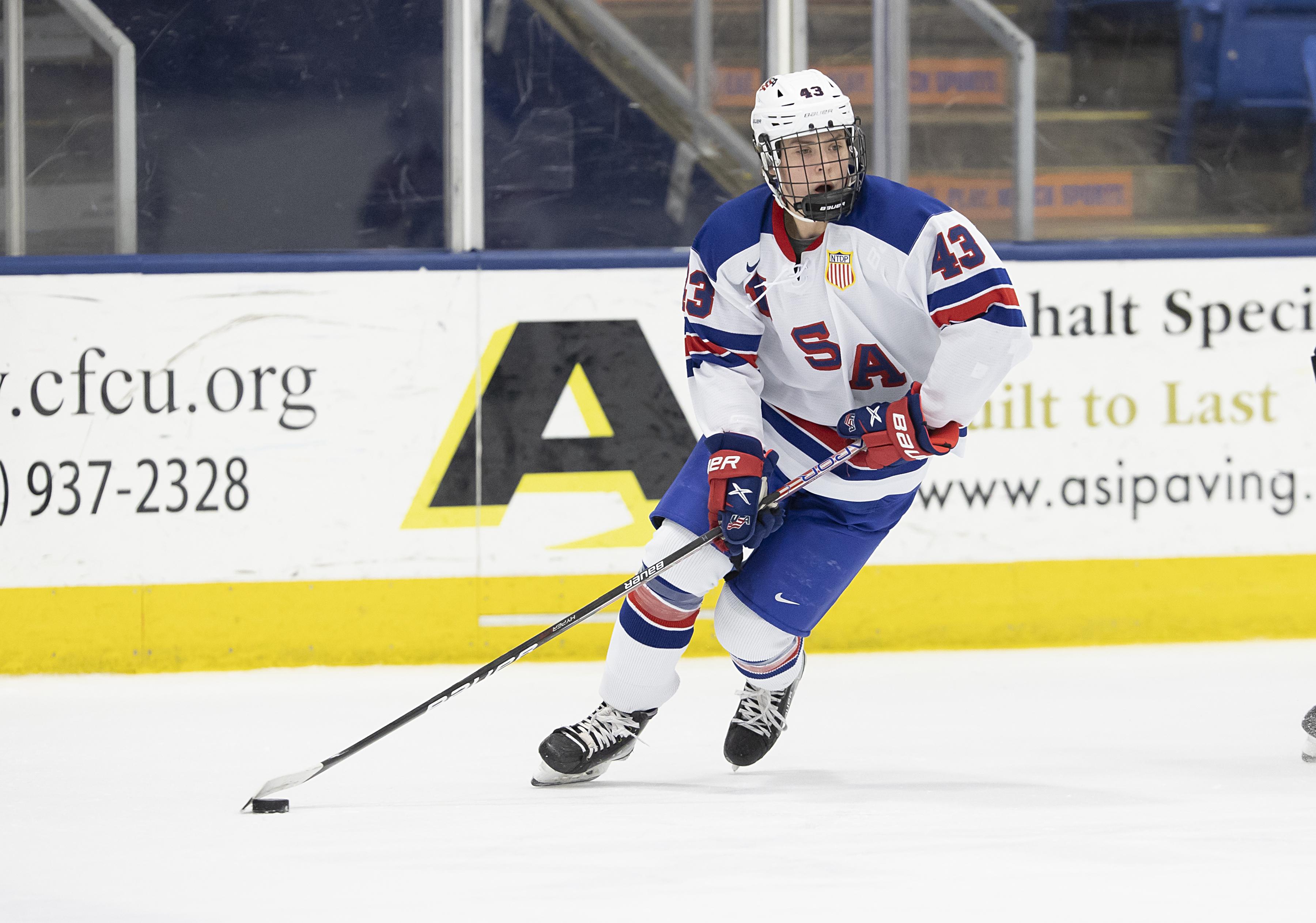 PLYMOUTH, Mich. – The U.S. National Under-17 Team dropped to Muskegon on the road, 7-2, on Friday night.

Muskegon took control early in the game as they netted three unanswered goals through the first 14 minutes. The Lumberjacks’ goals were courtesy of Owen Mehlenbacher, Ethan Whitcomb and Jacob Braccini

Team USA, continuing to battle, made their way on the board with 4:36 left to play. Will Vote (Arlington, Mass.) led Will Smith (Lexington, Mass.) into the offensive zone with a centering pass. Smith connected with Carter Slaggert (South Bend, Ind.) who fed it back on the backside for a tap in by Smith to make it 3-1.

Alex Weiermair (Los Angeles, Calif.) brought the U17s back within one after forcing a turnover in front of the Muskegon netminder Cameron Korpi for an unassisted wrist shot in front of the crease.

With three minutes off the clock to start the middle frame, Zeev Buium (San Diego, Calif.) had a chance to tie us up on a direct shot from the top of the slot, but was deflected off the pads of Korpi.

The Lumberjacks added two more goals through the remainder of the second period to extend their lead to 5-2. Muskegon forwards David Hymovitch and Joey Larson were both credited with a goal.

After much back-and-forth action between the two teams in third period, Muskegon secured the victory, adding two mores goals to their lead from Jacob Guevin and Mehlenbacher.

The Under-17 Team is back on home ice next weekend as they host the Madison Capitols for Star Wars night. The game is scheduled for Fri., Jan. 21 at 7:00 p.m. ET. All the action can be caught on HockeyTV.