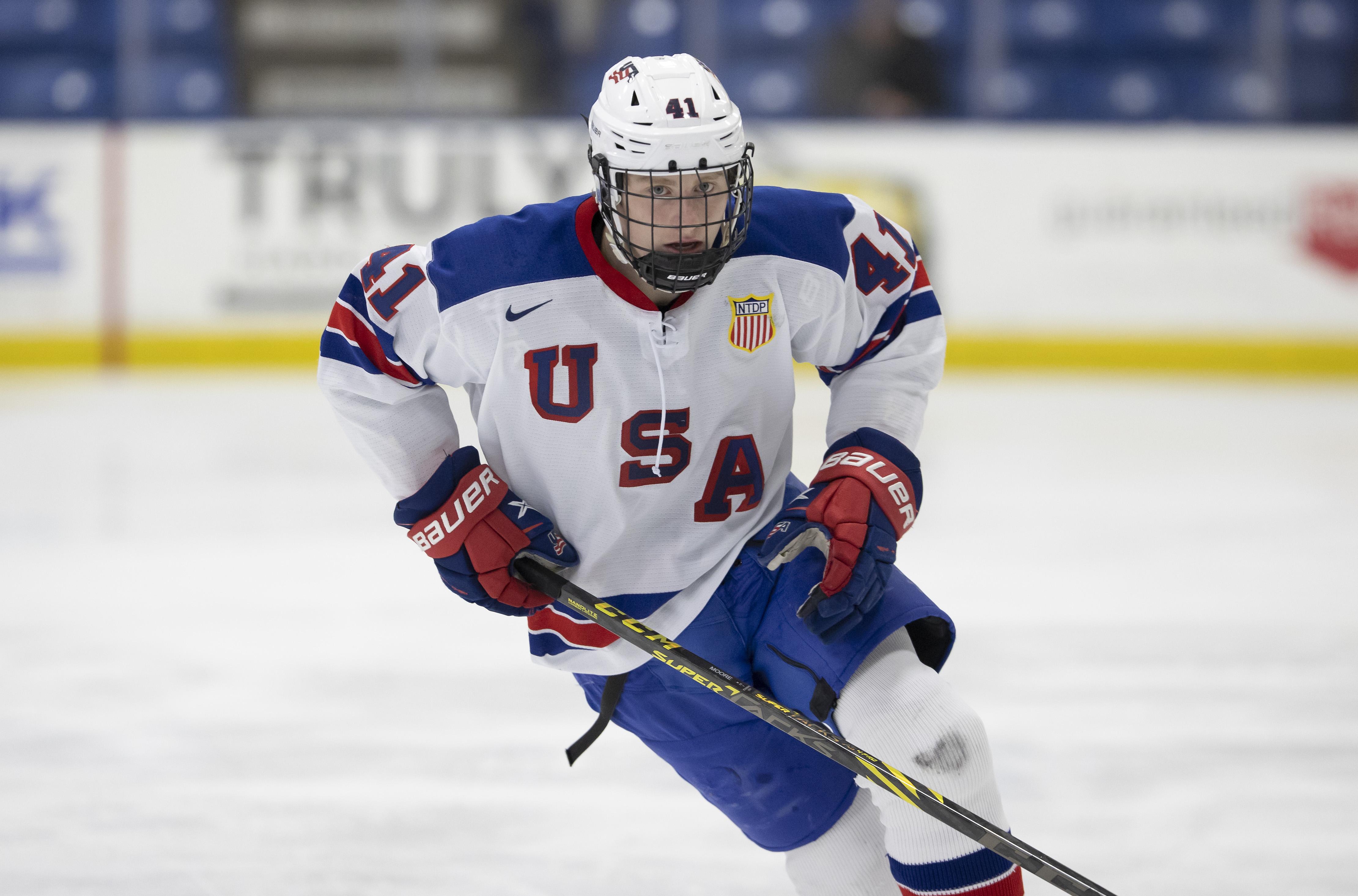 MUSKEGON, Mich. – The U.S. National Under-17 Team dropped a tough battle, 5-4, to the Muskegon Lumberjacks on New Year’s Day.

The U17s struck first when Charlie Cerrato (Fallston, Md.) netted his first goal in the USA sweater. Oliver Moore(Mounds View, Minn.) lead the charge, capitalizing on a turnover along the board. From behind the end line, Moore found Cerrato for a wrist shot to the top corner just 90 seconds into the game.

Moore’s work did not stop there as he extended Team USA’s lead to 2-0 at the 13:10 marker. Gabe Perreault (Hinsdale, Ill.) collected a drop pass in the slot to initiate a tic-tac-toe scoring play to Will Smith (Lexington, Mass.) and ultimately Moore for a tap in on the backside.

Muskegon responded, cutting the U17s lead in half, on a bar down goal from Ben Striden who was assisted by Quinn Hutson.

Beckett Hendrickson (Minnetonka, Minn.) centered himself in front of the net, finding the perfect position to fire a quick release on the Lumberjacks netminder Alexander Kuleshov to take back a two-goal lead. Zeev Buium (San Diego, Calif.) and Zach Schulz (South Lyon, Mich.) collected assists on the final goal of the period.

After tremendous play from Team USA throughout the second period, the Lumberjacks tallied a pair of goals to tie the game at 3-3 before the intermission. Hutson scored first, before Jake Richard netted the game-tying goal with 2:11 to play.

A well-placed feed in front of the crease from Ryan Fine (Center Moriches, N.Y) led to a go-ahead goal from GracynSawchyn (Chaska, Minn.). Fine lead the way on a two-on-one charge into the offensive zone and found Sawchyn in the left faceoff circle for a one-timer for his fifth goal and a 4-3 USA lead.

In less than a minute, the Lumberjacks took control of the game when Jacob Braccini and Phillip Tresca scored back-to-back goals, securing the 5-4 victory.

The Under-17 Team has a break in action before travelling back to Mercy Health Arena on Jan. 14 for another matchup with the Muskegon Lumberjacks. The game is scheduled to begin at 7:00 p.m. and will be streamed on HockeyTV.