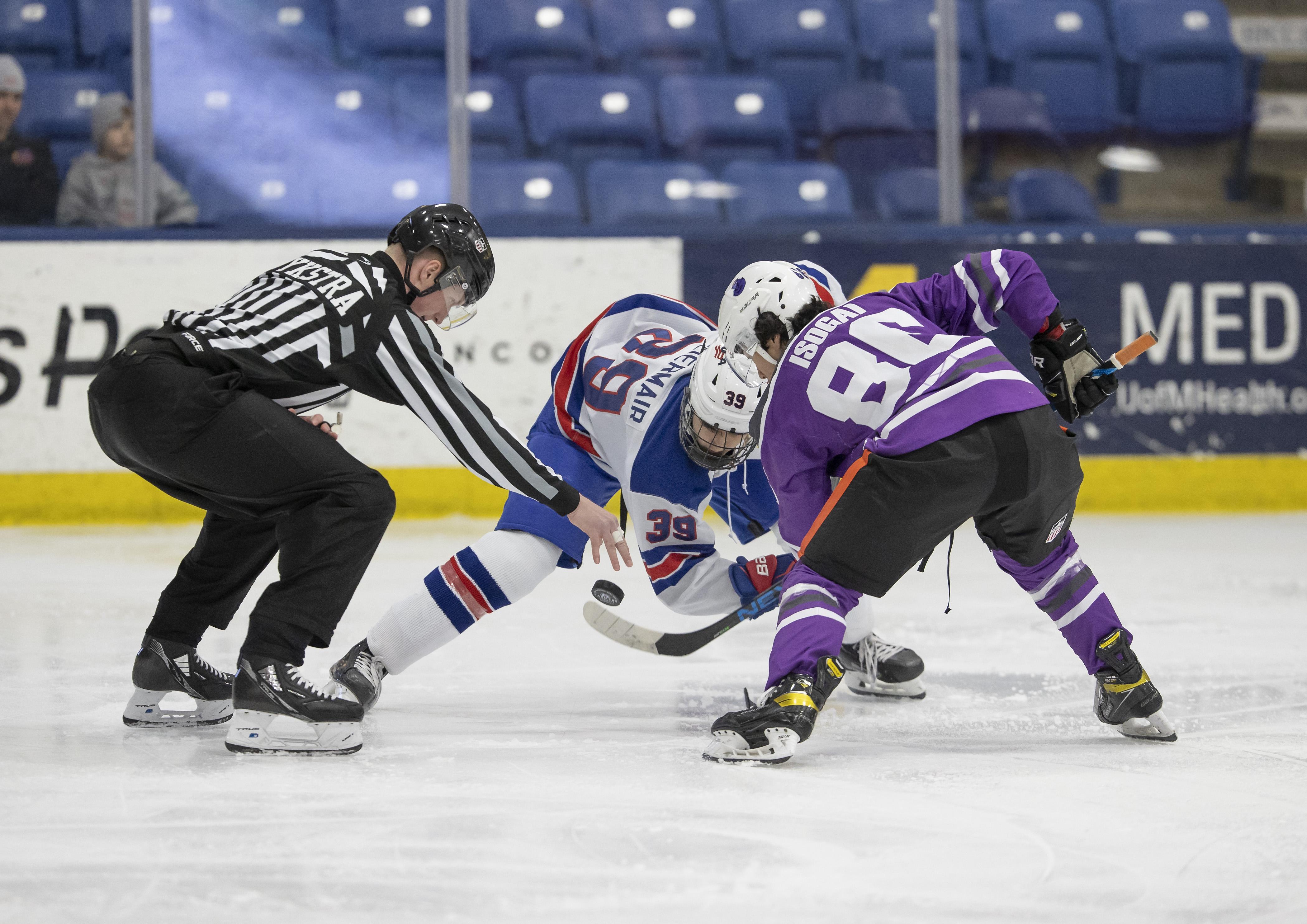 PLYMOUTH, Mich. – The U.S. National Under-17 Team dropped 2-1 in a hard fought overtime battle to the Youngstown Phantoms on Thursday evening.

Youngstown opened scoring 15:25 into the game when Evan Werner had a crossover in front of the net and backhanded the puck into net to take the early 1-0 lead.

Although Team USA was unable to get on the board in the first period, Austin Burnevik (Blaine, Minn.) took charge for the U17s with two shots on goal, including a close range shot that deflected off the pads of Youngstown’s netminder Kyle Chauvette.

Trey Augustine (South Lyon, Mich.) also, on multiple occasions, made second chance saves to keep the Phantoms to a one goal advantage.

Alex Weiermair (Los Angeles, Calif.) evened the score with a shot from the right point that trickled in just under six minutes into the middle frame. While on the power play, Charlie Cerrato (Fallston, Md.) scooped the puck off the boards for give-and-go between Drew Fortescue (Peral River, N.Y.) and Weiermair before a quick release to tie the game at 1-1.

Carter Slaggert (South Bend, Ind.) and Kai Janviriya (Bloomfield Hills, Mich.) provided the best chances in the second period for Team USA to take the lead, but after 40 minutes of action, the score remained tie at 1-1.

Team USA continued to battle as the final period rolled around. At the halfway point, Weiermair and Will Smith(Lexington, Mass.) created a net front, back-and-forth opportunity, but was the Phantoms netminder was able to make the stop.

With time winding down and a tied game still, Ryan Leonard (Amherst, Mass.) ripped a shot off from in front of the crease that bounced off the chest of Chauvette, leaving the game tied 1-1 at the end of regulation.

The Phantoms ultimately walked skated away with a 2-1 overtime victory as TJ Schweighardt netted the puck from the slot.

Through 61 minutes of action, Augustine recorded 23 saves on 25 shots while playing between the pipes for Team USA.

The U17s ring in the new year on the road against the Muskegon Lumberjacks. Puck drop is scheduled for 7:00 p.m. ET and will be streamed on HockeyTV.