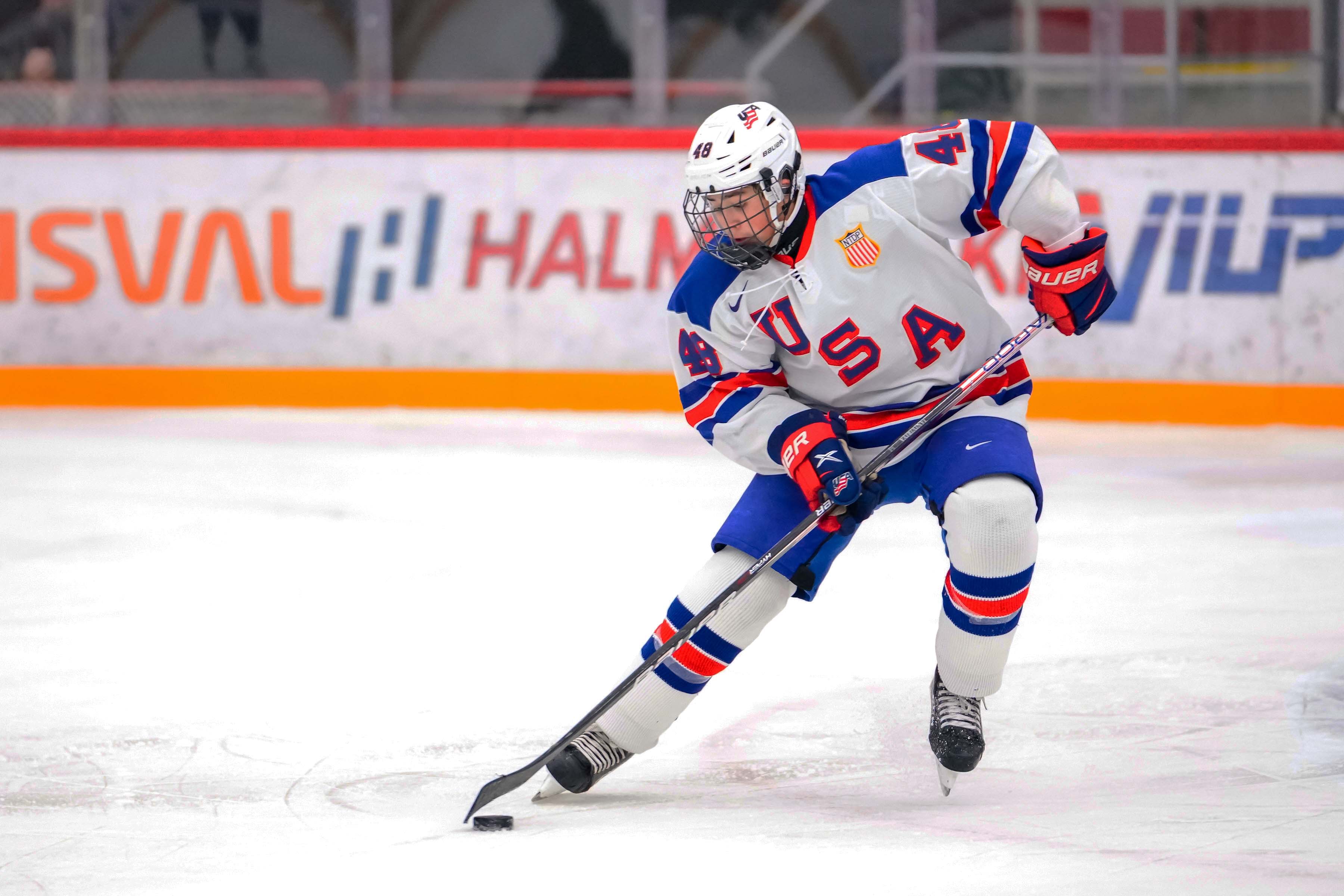 PIESTANY, Slovakia – The U.S. National Under-17 Team fell, 3-0, to Russia Saturday morning to take a second-place finish at the 2021 Four Nations tournament in Piestany, Slovakia.

The opening frame saw quite a battle between the two teams throughout its entirety. Will Smith (Lexington, Mass.) and Ryan Leonard (Amherst, Mass.) both made several attempts, including a late rebounded shot from Leonard in front of the crease, to put Team USA on the board.

Matvei Babenko and Ivan Leshchyov broke ahead on a two-on-one with under five minutes remaining in the period before Babenko scored from the left faceoff circle to give Russia the 1-0 lead.

With just seconds to go, Nathan Tobey (Lantana, Texas) made a final attempt to tie the game in the first off a wrist shot through a wide open lane, but was stopped by Russian netminder Nikolai Nikulshin.

Still trailing, Team USA still outshot Russia, 21-19, through two periods as Gabe Perreault (Hinsdale, Ill.) stickhandled his way into open ice for an opportunity but was stopped again by Nikulshin.

Russia extended their lead, 2-0, at the 14:16 mark in the final frame when Artemi Nizamyev collected the puck off the boards to find Nikita Telegin just right of the crease for the goal. Yegor Smirnov added an empty-net goal in the final minutes of the game to secure the win.

The Under-17 Team will next play internationally at the February Four Nations tournament to be held at USA Hockey Arena in Plymouth, Michigan.