U17s Capture Another Victory With A 4-1 Finish Over Czechia 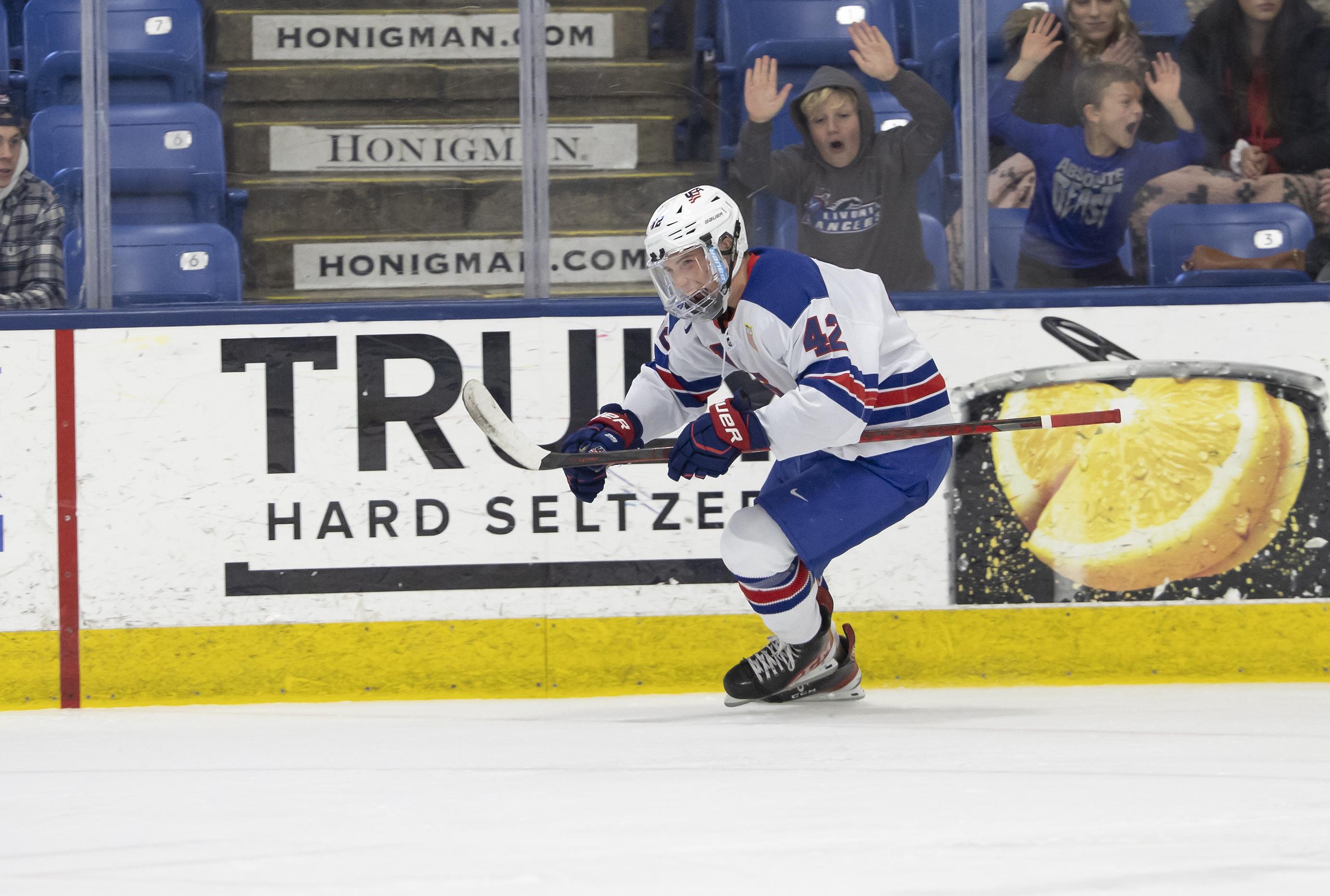 Moore wasted no time putting Team USA on the board as he netted a wrist shot 4:59 into the contest. Ryan Leonard (Amherst, Mass.) started the charge, feeding Will Smith (Lexington, Mass.) along the right side into the offensive zone. Smith worked the puck across the ice for Moore who buried it for his 14th score of the season.

Team USA continued to put the pressure on Czechia as they outshot them 9-7 in the opening period, including two backhanded attempts from forwards Ryan Fine (Center Moriches, N.Y.) and Alex Weiermair (Los Angeles, Calif.).

Over the halfway point in the game, Leonard broke the tie for Team USA when he netted his seventh goal of the season. Smith and Aram Minnetian (Woodcliff Lake, N.J.) were credited with the assists.

Closing out the middle frame, Team USA went added another two goals to their lead, taking over 4-1. Moore recorded his second of the game before Gabe Perreault (Hinsdale, Ill.) joined the scoring party with 2:34 left to play on an unassisted shot.

Both teams finished scoreless in the final period, scoring the victory for Team USA, whose defense saw plenty of action late in the game including shots on goal from Paul Fischer (River Forest, Ill.), Nathan Tobey (Lantana, Texas) and Brady Cleveland (Wausau, Wis.).

Michael Chambre (Fort Myers, Fla.) took his turn in net for Team USA, making 16 saves on 17 shots in 60 minutes on the ice.

Team USA will skate for the third time in three days as they face Russia tomorrow morning in Slovakia. Puck drop is slated for 5:30 a.m. ET / 11:30 a.m. CET and will be streamed on the Hockey Slovakia YouTube channel.