Gabe Perreault (2a), Will Smith (2g) and Will Vote (2g) all recorded two points in victory over Slovakia 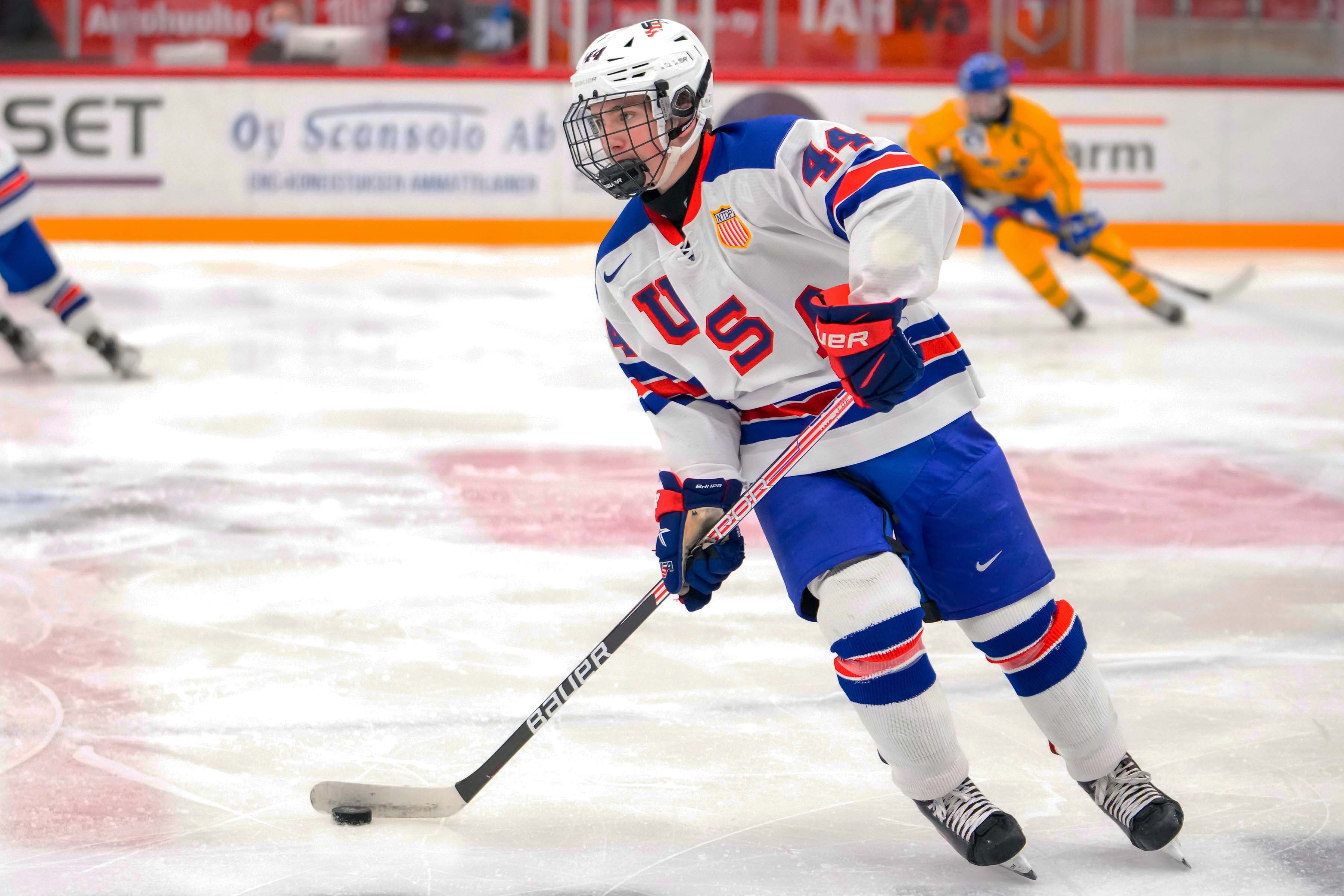 PIESTANY, Slovakia – The U.S. National Under-17 Team defeated Slovakia, 5-2, in the opening game of the Four Nations tournament Thursday morning behind two goals apiece from Will Smith (Lexington, Mass.) and Will Vote (Arlington, Mass.).

Team USA netted first when Gabe Perreault (Hinsdale, Ill.) collected the puck off the boards to find Smith in the slot where he released a quick wrist shot past Slovakia netminder Samuel Urban with 52 seconds remaining in the first period.

Slovakia responded back just as the opening frame was closing out. Ondrej Molnár received the puck on a pass from behind the net for one-timer in the left faceoff circle to tie the game, 1-1, heading into the break.

On a backside tap in, Roman Kukumberg extended Slovakia’s lead, 2-1, just 4:01 into the second period when Milan Tadeáš Jobek’s shot deflected off the right pad of Carsen Musser (Sherburn, Minn.)

Team USA took back the lead to close out the middle frame courtesy of Vote who netted a pair of goals in a four-minute span. Zeev Buium (San Diego, Calif.), carrying the puck coast-to-coast, dumped it back for Vote who scored on a short side sniper to tie it, 2-2.

Off a scramble along the back boards, Alex Weiermair (Los Angeles, Calif.) slipped the puck to Oliver Moore (Mounds View, Minn.) for a quick feed in center slot to Vote to bury his second of the night and give Team USA a 3-2 lead.

Scoring a pair became habit in this game as Smith tallied his second of the day in the final period. From the faceoff, Aram Minnetian (Woodcliff Lake, N.J.) and Perreault swung the puck around the offensive zone to find Smith who put the puck top shelf, extending the lead to 4-2.

Team USA secured the victory with an empty-netter from Beckett Hendrickson (Minnetonka, Minn.)

Musser went the whole way in net for Team USA, making crucial saves in the final period and eventually securing the lead. In 60 minutes of play, he made 23 saves on 25 shots.

The team is back in action tomorrow morning when they face Czechia. Puck drop is scheduled for 7:30 a.m. ET / 1:30 p.m. CET and will be streamed on the Hockey Slovakia YouTube channel.

NOTE: With two goals, including the game-winner, Will Vote (Arlington, Mass.) was named the Team USA player of the game.