Minnetian Records His First Goal Of The Season 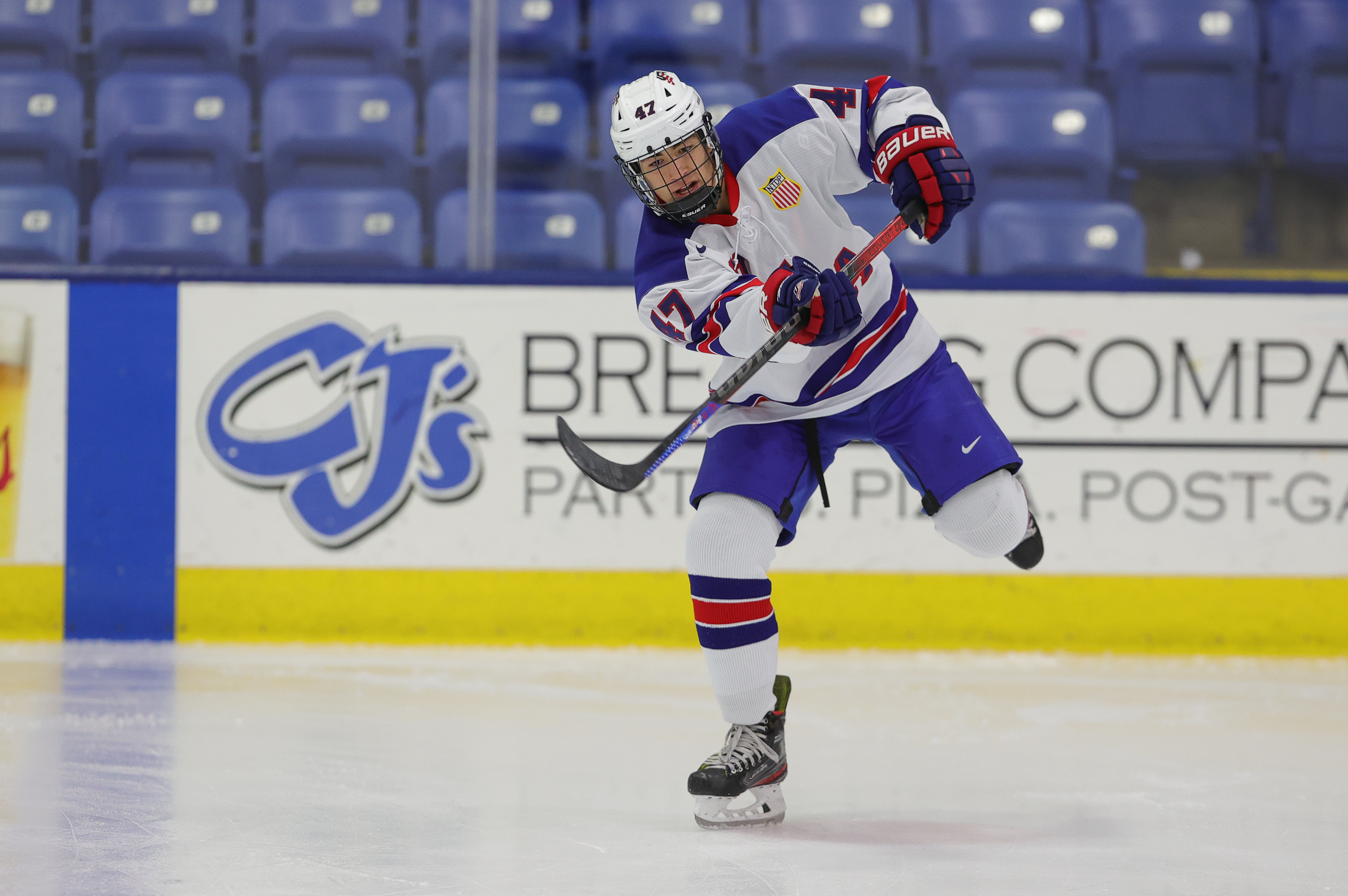 MUSKEGON, Mich. – The U.S. National Under-17 Team brought a tough battle on the road, but dropped 4-1 against the Muskegon Lumberjacks on Friday night.

The Lumberjacks went on 3-0 run in the first seven minutes of the game, recording goals from Jacob Guevin, Ben Strinden and Jacob Braccini to take the early lead.

For his first time in the USA sweater, Aram Minnetian (Woodcliff Lake, N.J.), at 11:22 into the period, was able to net one from the point over the left shoulder of Muskegon netminder Platon Zadorozhnyy on an assist from Will Smith (Lexington, Mass.).

In the final ten seconds of the frame, Carter Slaggert (South Bend, Ind.) collected the loose puck at the blueline and beat the Lumberjacks defense in a 3-on-1 battle, but his shot was deflected of the pad of Zadorozhnyy.

Over the halfway point in the middle frame, Team USA finally got their first strong scoring opportunity. Stealing the puck in open ice, Gracyn Sawchyn (Chaska, Minn.) got off a wrist shot from the slot that was stopped just under the pads of the netminder.

With just under four minutes left to play, neither team was able to add another goal to the board. A chance was made at the 3:35 mark by Alex Weiermair (Los Angeles, Calif.) as he beat his defender along the boards to get on top as his shot rebounded off the post.

After no action for over 27 minutes of play, the Lumberjacks extended their lead when Braccini netted his second goal of the night, on an assist from Parker Lindauer, on a tap in from the right side.

Around the nine-minute marker, Team USA battled against the Lumberjacks, getting three shots attempts off in a matter of seconds courtesy of Slaggert and Smith. Even with the late action, Team USA was unable to close Muskegon’s lead.

The Under-17 team now preps for their second international trip of the season as they head to Piestany, Slovakia next week to compete in the Four Nations tournament.